Facebook Twitter Copy URL
Copied
(1st UPDATE) The bill – introduced only in late November – is one of the fastest to clear the House, and its approval comes despite appeals by some opposition lawmakers to delay its passage to allow further scrutiny of the controversial measure

MANILA, Philippines – The bill seeking to create the Maharlika Investment Fund (MIF) hurdled the House of Representatives on Thursday, December 15, after President Ferdinand Marcos Jr. certified the proposal as urgent.

“This is a poorly and hastily designed sovereign wealth fund that has all the indications of opening pathways to corruption and unscrupulous use of public funds, as this proposal institutes various regulatory exemptions to the Maharlika Investment Corporation,” said Brosas.

The development came even after opposition lawmakers’ appeals to delay the bill’s passage until 2023 to allow further scrutiny of the controversial legislation.

The proposal – introduced only in late November – was one of the fastest to be approved by the lower chamber led by Marcos’ cousin, House Speaker Martin Romualdez.

The bill was elevated to the plenary only on Monday, December 12, and since then, Congress has conducted marathon sessions to accommodate all interpellations and proposed plenary amendments. 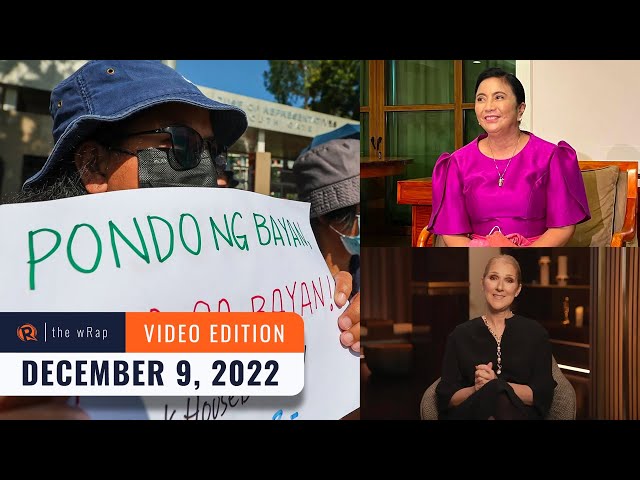 Proponents of the MIF have insisted that its creation will allow the government to pool investible funds and invest in big infrastructure projects and the power sector, which cannot be done when the funds are smaller.

Its introduction, however, at a time when the Philippines grapples with a heightened account deficit and mounting debt, worried economists, although sponsors of the bill pointed out that there were countries that set up a sovereign wealth fund despite the lack of excess funds. The bill’s legislative history has also baffled critics, who flagged the initial involvement of pension funds and the designation of the incumbent President as chairperson of the fund’s board.

Congressional leaders eventually caved in to public pressure, sparing the Government Service Insurance System and Social Security System from the list of fund contributors and reverting the chairmanship to the finance secretary, who still reports to the President.

They also promised sufficient safeguards to protect the fund from fraudulent actors: the number of independent directors has been raised to four, congressional oversight and multiple layers of audit have been included, and jail time would await offenders found guilty.

Even though the bill passed the House already, it is far from taking effect.

The Senate – where lawmakers are more wary about the proposal – has yet to come up with a counterpart measure. – Rappler.com