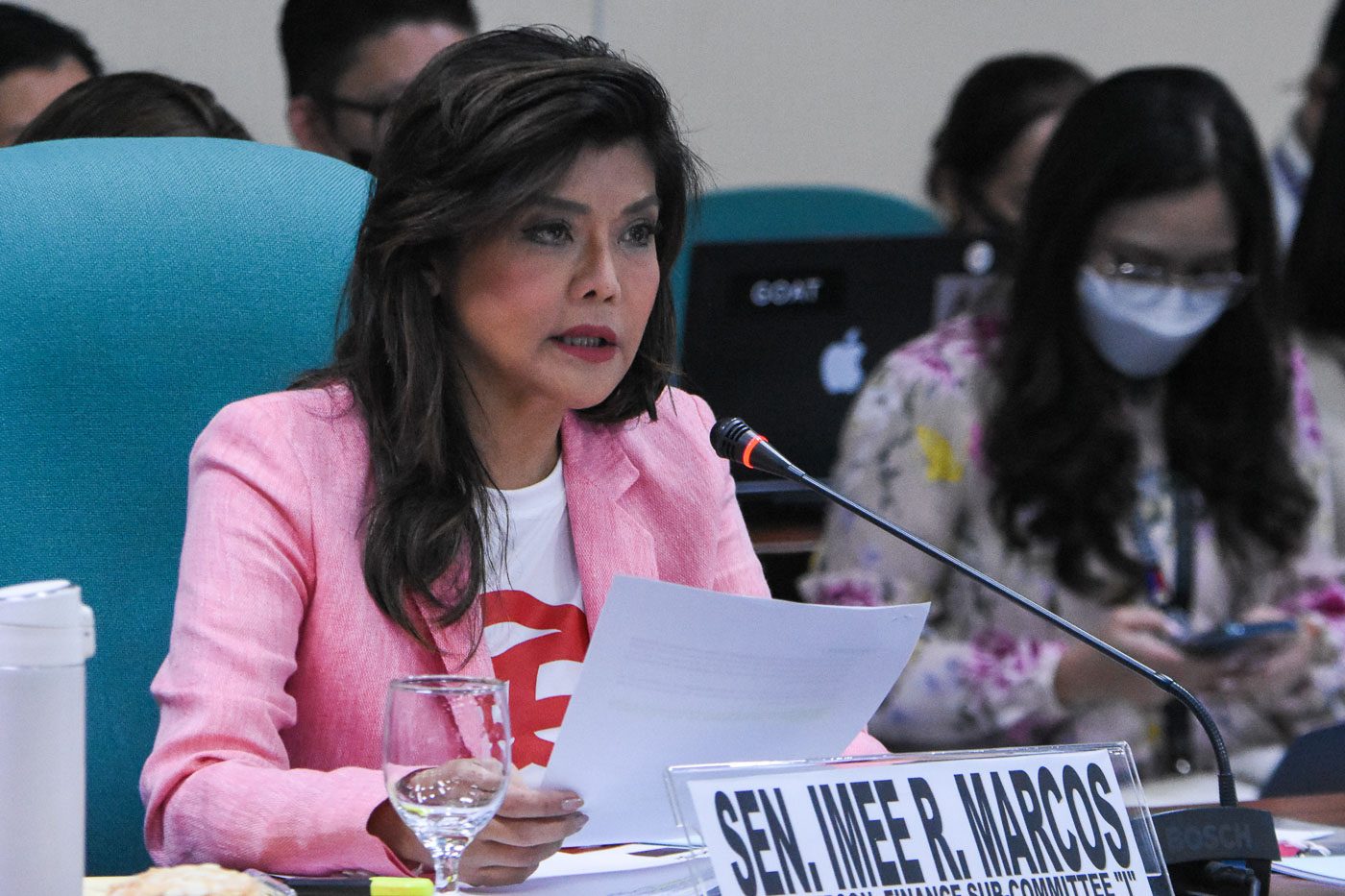 IMEE. Senator Imee Marco during the 2023 budget briefing of the Department of Social Welfare and Development on October 12, 2022. Angie de Silva/Rappler

She raised concerns about using retirement and pension funds for “high risk” investments, and cited as a cautionary tale the 1MDB corruption scandal that drained Malaysia’s sovereign wealth fund and put in jail its former prime minister.

“Nakita natin ang kapitbahay natin, Malaysia, talagang disaster ang nangyari sa kanilang 1MDB na nakurakot na yung pera. Ibinagsak pa ang buong pamahalaan at yung partido na nagumpisa sa republika ng Malaysia,” she said. (We saw our neighbor, Malaysia, it was really a disaster that happened to their 1MDB, which had its funds siphoned away. It even brought the whole government down, along with the party that started the republic of Malaysia.)

The Philippines, too, has no excess wealth unlike other countries such as Norway that have seeded their sovereign wealth funds with profits from their natural resources, the senator said.

The proposed Maharlika Wealth Fund would pool P275 billion from the government pension funds and banks, as well as the national budget, for the purpose of investing in big-ticket national development projects and other assets. It has come under fire for potentially exposing pensioners to higher risks, and for not having strong enough safeguards around its management.

House Bill No. 6398 containing the proposal was approved by the House committee on banks and financial intermediaries on Thursday, December 1. Lawmakers are pushing to have the bill approved by December 12. (READ: Romualdez, Sandro Marcos file bill creating PH sovereign wealth fund) Senator Marcos said the country should be deliberate in studying the proposal even as she recognized the wisdom behind pooling the funds of government financial institutions (GFIs) for national development projects.

(It’s right to collect all the capital of the different GFIs and GOCCs. But we should use them in the right way, like for water. Our dams are already rotting, which is why we don’t have agriculture, and the price of imported food is rising. Our electricity is also rising.)

Senate President Juan Miguel Zubiri said that the Senate will look into the proposal to see if it is necessary and that proper safeguards are in place.

“On the issue of the Maharlika Investment Act, I will ask a select group of senators – such as Sen. Angara, Gatchalian, Poe, Mark Villar and Alan Cayetano, Chairpersons of the Committees of Finance, Ways and Means, Economic Affairs, Banks and Financial Institutions as well as Government Owned and Controlled Corporations – to study the proposal carefully and give the Senate feedback on the essence of the Fund,” he said.

Senator Joel Villanueva and Francis “Chiz” Escudero both agreed with the intention behind the proposal as it could fund much needed government projects like in other countries. However, they emphasized that the source of the funds would have to be clarified further.

(We need to ensure that the government financial institutions have enough money to fund this. We also have to talk about how the fund will be administrated to prevent mismanagement and anomalies.)

“I will study and scrutinize the bill to make sure that the best practices are followed and the mistakes of other countries will not happen here,” Escudero added.

Senate Minority Leader Aquilino “Koko” Pimentel also posed several questions which the bill will have to answer as it makes its way through the House.

“Where will the seed money of the sovereign wealth fund come from? Who will manage? What is their incentive in managing this fund well, etc. We have to ask the proponents,” he said. “It must be surplus funds, and it must be ‘ours,’ meaning belonging to the Filipino people as a collective.” – Rappler.com