After a half-hour discussion on Wednesday, October 19, the House basic education and culture panel, chaired by Pasig Representative Roman Romulo, formed a technical working group to zero in on the matter.

Currently, the decades-old Republic Act No. 8545, also known as the Expanded Government Assistance to Students and Teachers in Private Education Act (E-GASTPE), only provides tuition fee aid to students in private junior and senior high schools.

Notable amendments to the proposed substitute bill include subsidy grant for kindergarten and elementary students who belong to low- and middle-income families as determined by the Philippine Statistics Authority, as well as subsidy provisions for private elementary school teachers.

The Coordinating Council of Private Educational Associations of the Philippines (COCOPEA) welcomed the proposal to expand E-GASTPE while offering recommendations to further strengthen the substitute bill.

“[We have] a proposal to include a section on empowering student choice,” COCOPEA spokesperson Joseph Noel Estrada said. “The DepEd (Department of Education) shall create a system that allows students and parents to select their preferred schools from a registry of recognized participating schools subject to availability of seats.” 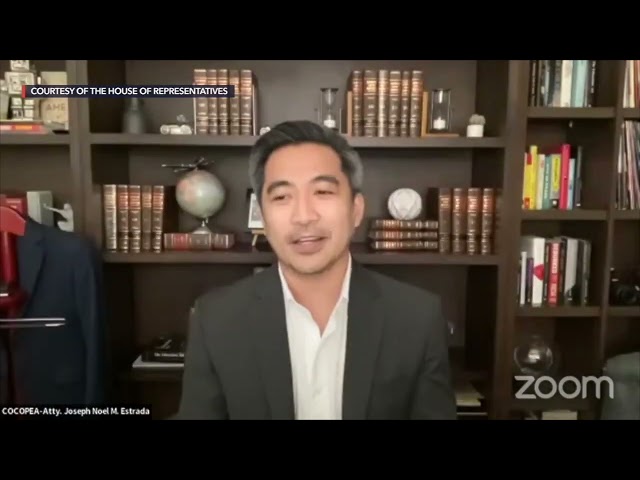 The DepEd, meanwhile, said that expanding the E-GASTPE to cover kindergarten and elementary education meant unifying the government’s voucher program into one system, making the implementation more simplified and convenient for the agency.

But it wants a review of the bill’s provisions on textbook assistance for students and scholarship benefit to teachers to avoid “double compensation.”

Another provision of the bill that the DepEd was wary about is authorizing the Private Education Assistance Committee (PEAC) to serve as permanent secretariat for the implementation of government assistance programs under the proposal.

“We are recommending the removal of this provision as there is a dedicated unit in the DepEd Central Office that handles concerns for the voucher program,” Education Assistant Secretary Omar Romero said. “The DepEd is also looking into the possibility of directly managing the GASTPE.”

“The DepEd has sent a query to the Department of Justice to get clarity on the character of the PEAC – whether it is a government entity or a private organization – with only the intention and aspiration of improving the implementation of the voucher program,” he added while clarifying he was not privy to the specifics.

PEAC, in response, said the DOJ already made a position on the matter in 1999.

“In the General Appropriations Act, there is a special provision that GASTPE is co-implemented by the PEAC,” its executive director Doris Ferrer said. “The funds are with DepEd, institutional owner of the program, downloaded straight to the schools…. That can all be subject to audit, because these are government funds, downloaded directly to grantee schools.”

If passed, the total cost of implementing the proposed bill would be up to P10 billion, according to Ferrer.

She underscored the importance of assuring the quality of educational institutions participating in the E-GASTPE program.

In their individual bills, Romulo and Hernandez asserted that pandemic-driven challenges, including low enrollment turnouts in private schools and the migration of teachers to public schools, raise the need to upgrade the decades-old legislation.

“By helping students to continue in their private school education and granting public school students the option to transfer to private schools, the government can address the problems brought about by severely enlarged class sizes in public schools,” Hernandez wrote.

“Private learning institutions play a significant role in nation building by partnering with public schools in shaping the country’s future through the students,” she added. – Rappler.com