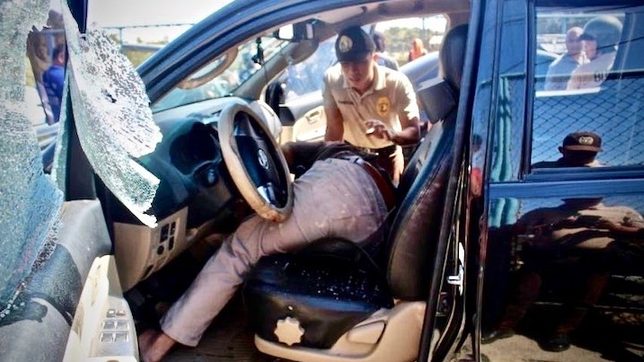 Facebook Twitter Copy URL
Copied
'The IBP calls upon our police and investigative agencies to formulate and implement specific measures,' the group says

The Integrated Bar of the Philippines (IBP) has taken a strong stand against lawyer killings, saying it is “appalled” by the “alarming increase” of such killings under President Rodrigo Duterte.

By IBP’s last count, there have been 63 lawyers killed under Duterte since 2016. Recent additions are lawyer Sitti Gilda Mahinay-Sapie from Davao City and the previously unreported killing of Deputy City Prosecutor Victor Begtang Jr.

“The Integrated Bar of the Philippines (IBP) condemns the brazen and shocking murder of Deputy City Prosecutor Victor Begtang Jr. in the afternoon of June 23, 2021 right inside the comfort of his home in Conner, Apayao,” said the IBP in a statement on Monday, July 26.

“The IBP grieves and is appalled by the increasing and sheer number of assasinations of lawyers, judges, and prosecutors with impunity,” it said.

“Indeed, the numbers, as these now stand under the present administration, have alarmingly increased,” it added.

Numbers have varied per group as government agencies like the Department of Justice and the Supreme Court (SC) have yet to come out with an official inventory.

Rappler consolidated earlier lists from the DOJ, the SC, the Free Legal Assistance Group (FLAG), and April data from the National Union of Peoples’ Lawyers (NUPL). Our data shows there have been 92 lawyers killed in the span of 44 years, from the administration of the late dictator Ferdinand Marcos to that of Duterte’s predecessor, the late Benigno “Noynoy” Aquino III.

Of the pre-Duterte presidents, the most number of lawyer killings were under Gloria Macapagal-Arroyo, at 51. The Noynoy Aquino administration had 23.

“The IBP calls upon our police and investigative agencies to formulate and implement specific measures to improve the security of lawyers, judges, and prosecutors and to expeditiously resolve its investigations on these killings so that the perpetrators are swiftly and truly held accountable,” said the IBP, which recently transitioned to a new national president, Burt Estrada from Bukidnon, who was the former IBP governor of the Eastern Mindanao region.

Latest data from the Department of Justice (DOJ) shows there were only six cases that had indictments, the recent being for the killing of Cebu’s Joey Luis Wee last November.

Justice Secretary Menardo Guevarra said there is no single special investigating team focused on just lawyer killings, adding that special teams are formed per case if there is a need to. The National Bureau of Investigation (NBI) is under the DOJ.

Pressured by mounting calls, the SC in March called for a one-month nationwide reporting of cases of killings, intimidation, and harassment of lawyers going back the last 10 years.

“In so doing, we can assess what revision or institutional change is necessary to effectively and efficiently further protect our basic rights,” the Court promised in March.

The SC has not released any findings to date.

The commitments included a review of extraordinary protective writs, which Chief Justice Alexander Gesmundo said was ongoing. It was part of a wholesale commitment to strengthen human rights mechanisms in the judicial process.

The Supreme Court made a bold move in July by requiring policemen to wear body cameras in the execution of warrants. The Court also scrapped the long-disputed powers of Manila and Quezon City judges to issue search warrants outside their judicial regions. – Rappler.com