Rappler Talk: Did the DOJ mislead in drug war review? 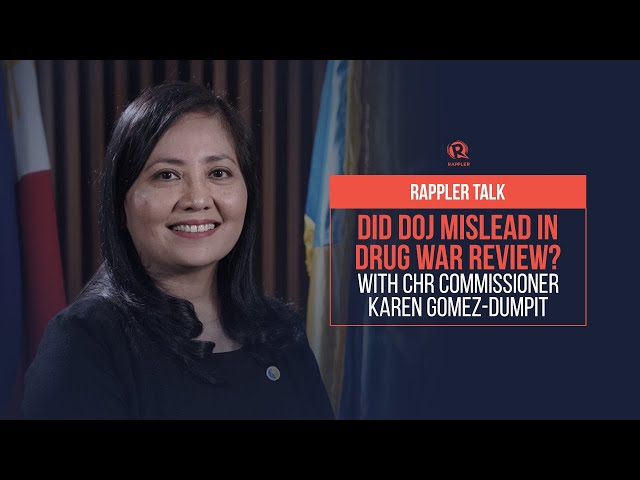 Facebook Twitter Copy URL
Copied
The supposed involvement of the Commission on Human Rights (CHR) is highlighted to the United Nations, but the DOJ excludes the agency in its partial report

Bookmark this page for Thursday, January 14

This, despite name-dropping the CHR to the United Nations Human Rights Council (UN HRC) when the DOJ committed that a high-level review would take place to reinvestigate the 5,655 deaths in police drug war operations.

Since that commitment was made in June, the CHR never got a response to any of its letters to the DOJ asking about the review.

Even in the data-sharing agreement with the DOJ on a separate panel on political killings, the CHR has not received any actual information yet.

These DOJ-led efforts are what the UN HRC cited when it shielded the Duterte government from tighter scrutiny.

But did the DOJ mislead the international community?