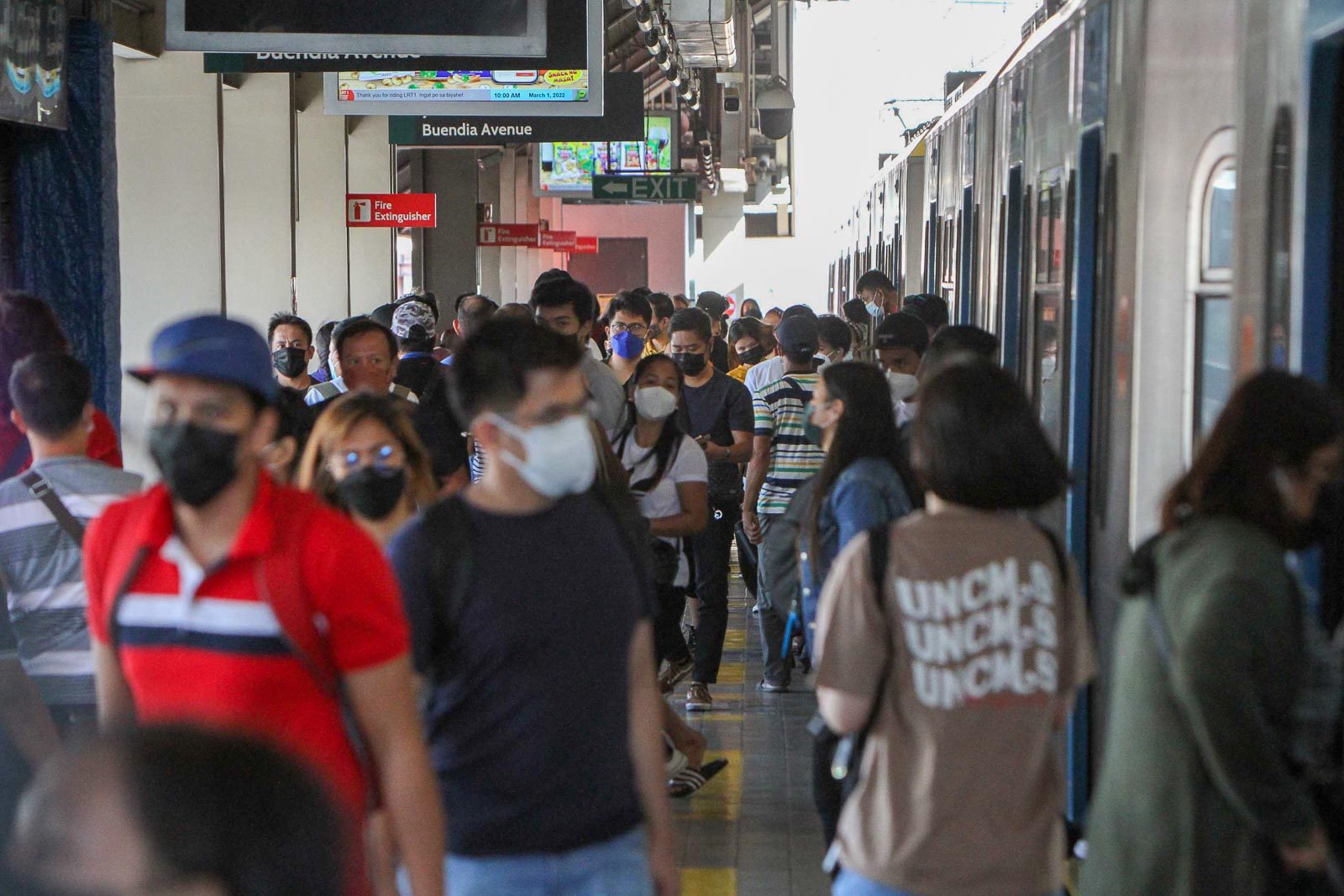 COMMUTERS. An influx of commuters is seen at the Light Rail Transit Line 1 in Manila on March 1, 2022.

Facebook Twitter Copy URL
Copied
Manila’s ranking in overall 'urban mobility readiness' is even lower – 58th out of 60 cities, ahead of only Nairobi in Kenya and Lagos in Nigeria

MANILA, Philippines – The country’s sprawling megacity is home to the world’s fifth worst public transportation system, according to think tank Oliver Wyman Forum and the University of California, Berkeley.

Faced with the daily experience of crowded buses, unreliable trains, and seemingly arbitrary pedestrian lanes, this should come as no surprise to everyday commuters in the national capital. (READ: On their own: Commuters and the looming transportation crisis in Metro Manila)

The 2022 Urban Mobility Readiness Index examined 60 cities across the world based on how they were preparing for future mobility challenges. The cities were further ranked based on public transit systems, which factored in commute speed, affordability, public transit station density, and the rate of utilization by the public, among others.

The think tank described Metro Manila’s road network as suffering from poor quality and limited connectivity to other regions in the country.

“Manila is congested and polluted, but a low level of car ownership should help prevent these problems from worsening,” the report said. (READ: More bike owners than car owners in PH – SWS)

Manila’s public transit system ranked dead last in the Asia Pacific, being the only city in the region to be classified as a “lagging city” or cities belonging to the bottom 10. The world’s top performing cities can be found in the region: Hong Kong led the world, ranking first, while Singapore was ranked 4th, Tokyo 7th, and Seoul 12th.

Terminal: The constant agony of commuting amid the pandemic The report cited the benefits of investing in sustainable public transit, estimating that every $1 billion invested in public transport can create 50,000 jobs and every $1 invested may bring $5 in returns.

On the other hand, it said a poor public transit system can lead to road congestion from private travel, more road deaths, and worse pollution in terms of noise, light, and air – conditions that already threaten the Philippines.

Manila’s ranking in overall “urban mobility readiness” was even lower, at 58th out of 60 cities, ahead of only Nairobi and Lagos. This factored in a city’s infrastructure, social impact, market attractiveness, systems efficiency, and innovation.