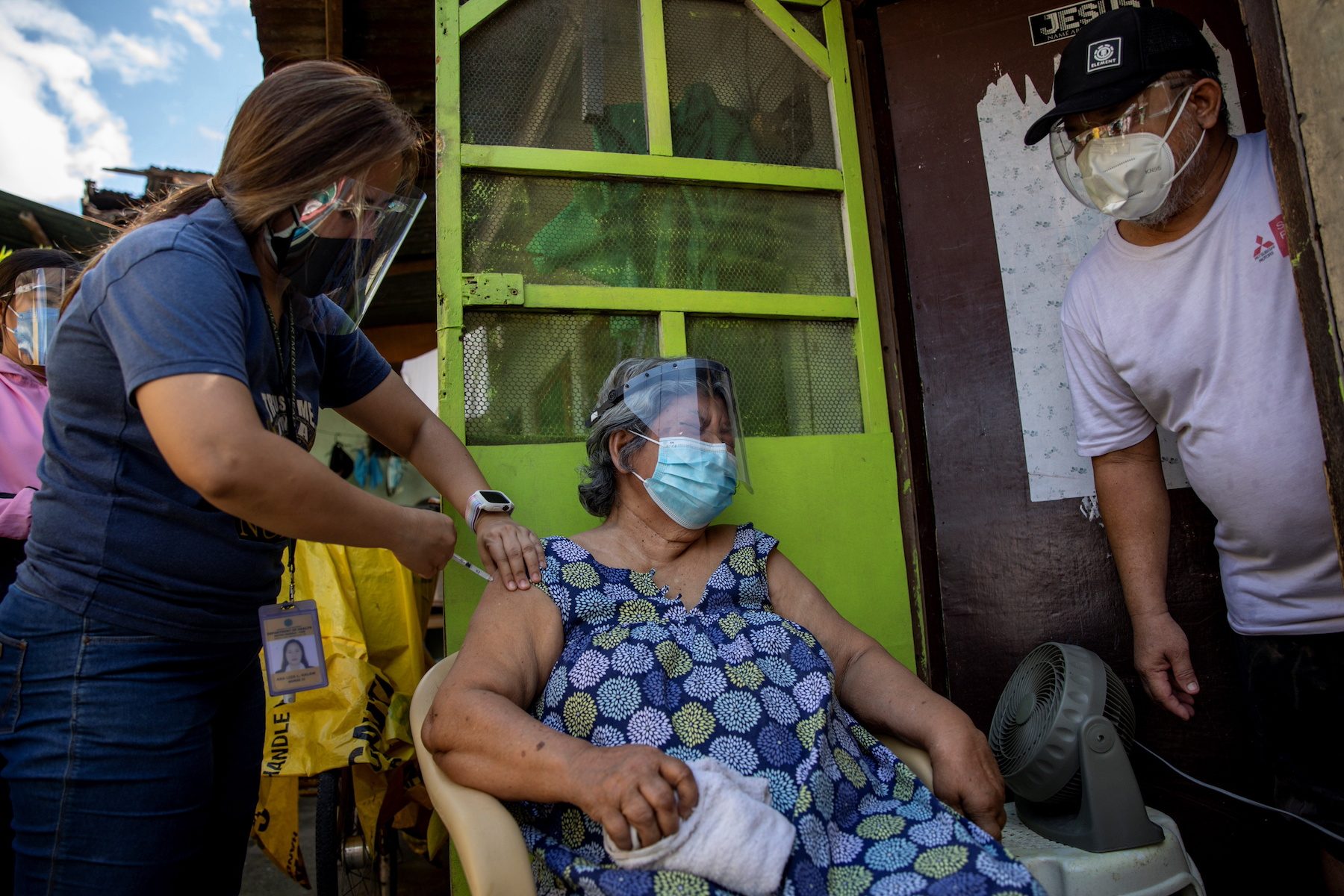 Ariel Perez, 60, who has been paralyzed for 11 years, gets a shot of the China's Sinovac coronavirus disease (COVID-19) vaccine at home, administered by health workers at Marikina, Metro Manila, Philippines, May 5, 2021.

Going door-to-door in Marikina, Philippines health workers administered COVID-19 vaccinations on Wednesday, May 5, to those unable to visit clinics due to illness or old age as part of efforts to protect more vulnerable groups in the area.

The Philippines is battling one of the worst coronavirus outbreaks in Southeast Asia, with the capital region, an urban sprawl of 16 cities that is home to at least 13 million people, the epicenter for the latest wave of infections.

Marikina City residents unable to make it to inoculation centers can register for vaccinations.

“Other people are afraid of being vaccinated, but I am not afraid. I want it,” said Ederlina Barrida Paraiso, 81, speaking just after receiving a shot of the Chinese vaccine developed by Sinovac Biotech.

The rollout of vaccinations in the Philippines has been far slower than in many neighboring countries and, adding to the obstacles, many people appear reluctant to get a shot.

A survey conducted by Pulse Asia in February and March found 6 out of 10 Filipinos were unwilling to be vaccinated due to safety concerns.

The medical team in Marikina City aims to vaccinate more than 520 bedridden individuals, although admits the number of registrations is still low.

Marian Magno, a doctor at Marikina City’s health office, said ensuring that such vulnerable people get vaccinated was vital to limit their health risks and since many lived in extended households with multiple generations.

“With this initiative, they can also be protected from COVID,” she added. – Rappler.com