MILITARY HONORS. Soldiers carry the casket of a fellow soldier who perished in the C-130 plane crash in Patikul, Sulu. Military honors were accorded to the fallen soldiers whose remains arrived at the Lumbia military air base in Cagayan de Oro on July 7, 2021.

The remains of six soldiers who were among those who died in the C-130 plane crash in Sulu arrived at the Lumbia military air base here on Wednesday morning, July 7.

Full military honors were given to the fallen soldiers who were flown in from Zamboanga City.

Soldiers from the 4th Infantry Division (4ID) and the Philippine Air Force Tactical Operations Group 10 paid tribute to the soldiers as their caskets draped with Philippine flags were carried out of the plane. 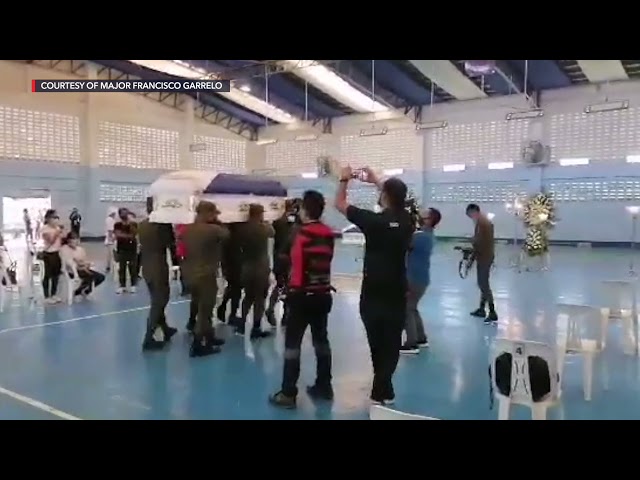 Garello said the six soldiers were the first to be identified among more than 50 fatalities in the plane crash in Patikul, Sulu, on July 4.

Garello said there will be be a military vigil on Wednesday night at the 4ID gym where the caskets would remain overnight.

Garello said that on Thursday, July 8, the soldiers’ remains would be transported by military trucks to their respective residences. – Rappler.com