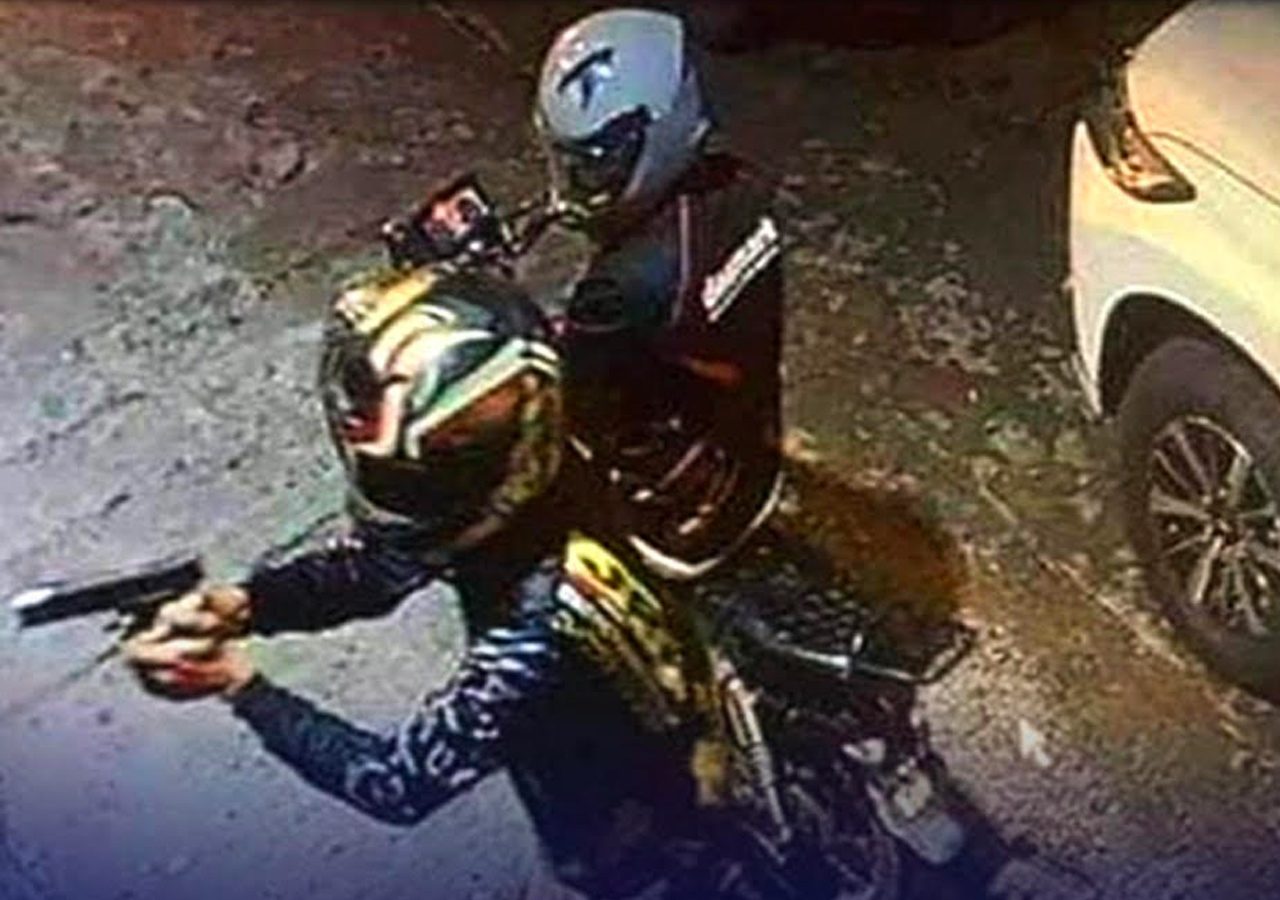 SUSPECTS. CCTV footage shows a man training a gun on businesswoman-model Yvonette Chua-Plaza just outside the gate of her residence in Green Meadows Subdivision, in Davao City’s Tugbok district, on December 29, 2022.

Police Major Eudisan Gultiano, spokesperson for the Area Police Command (APC) in Southern Mindanao, told Rappler on Monday, January 2 that the killing of Yvonette Chua-Plaza “has generated public interest as to the identity and motive of the suspects.” (Editor’s Note: An earlier version of this story misstated the victim’s name as Yvonette Plaza Chua. This has been corrected.)

Police said two still-unidentified motorcycle riding gunmen shot dead Chua-Plaza, who calls herself Yvonne Plaza Chua on her Facebook page, as she was about to enter her residence in Green Meadows Subdivision in Brgy Mintal, Tugbok district.

A recovered clip from a closed-circuit video system, captured around 7:30 pm, shows Chua-Plaza had alighted from her Montero sports utility vehicle and was about to enter her rented house when one of the assailants approached her and shot her at close range using an unknown firearm.

A photo released by the Davao City Police Office shows a helmet-wearing suspect pointing a gun at the victim almost point blank.

Responding policemen at the crime scene said the victim died instantly from the gun attack .

The creation of the task force followed several social media posts claiming Chua-Plaza had earlier asked friends to help her escape from battery, showing photos of bruises on her face and giving the name of her assailant. Some netizens linked the name to an Army officer but neither the police nor the victim’s family have confirmed that.

Gultiano said the task force aims to track Chua-Plaza’s killers and give her justice. She said police are looking at two “persons of interest” but did not disclose any other information.

Gultiano said authorities are looking at all possible angles, including robbery or a personal or business feud.

A Davao-based photographer said Chua-Plaza worked as a pharmaceutical representative but also earned a lot from commercial modeling.

The few old posts remaining on her Facebook page show a calendar item for a poker game she hosted. – Rappler.com