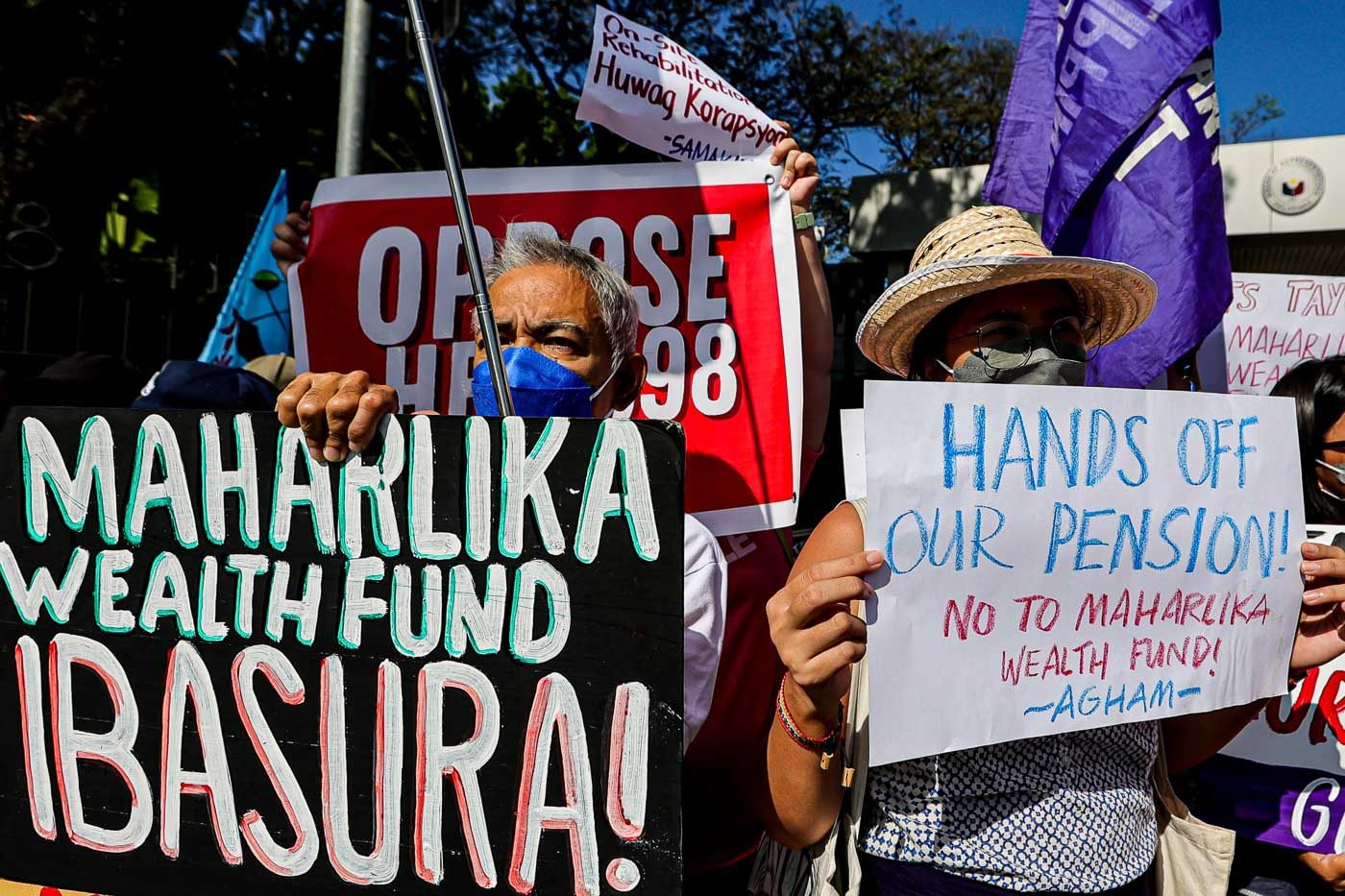 Protesters picket the House of Representatives to oppose the proposed Maharlika Wealth Fund on December 7, 2022. The protesters said the proposal would endanger the workers pension funds as well as the public coffers.

Facebook Twitter Copy URL
Copied
'I think President Marcos is trying to make the economy recover, but how will he do it? It's really unclear,' says a Cagayan de Oro councilor

Cagayan de Oro-based lawyer Beverly Selim Musni said the main question she had was on the motives and record of politicians behind the bill.

“No matter where the sovereign fund is sourced, it all boils down to the track record of the people pushing the bill. And this is a gut issue,” Musni said.

Based on the proposal, the President would chair a government corporation that would manage the state-owned investment fund.

Lawmakers also proposed to authorize the President to appoint two independent directors of the corporation that would manage the P275-billion fund.

Misamis Oriental provincial government employee Dondale Dumagat said the move would always be suspect no matter where the fund is sourced.

“Of course, people would find it fishy because the government seems to be in a hurry to have that bill approved. Besides, we haven’t forgotten the record of the Marcos family,” Dumagat said.

She said the government would tap Bangko Sentral ng Pilipinas (BSP) profits instead.

Quimbo’s announcement came after the Marcos administration saw a backlash from SSS and GSIS contributors and various sectors that opposed the proposal to use pension funds for government investments.

Cagayan de Oro Councilor George Goking, chairman of the city council’s committee on trade and commerce, said he was still in the dark on how the proposed hedge fund could pull through given that the national economy was still reeling from a financial crisis – a view shared by major business groups in the country, including the Philippine Chamber of Commerce and Industry and the Makati Business Club.

“I think President Marcos is trying to make the economy recover, but how will he do it? It’s really unclear,” Goking told Rappler on Thursday, December 8.

With the poor state of the government’s finances, Goking said he worried that the MWF would make the government seek more foreign loans in the end.

He said, “They should be careful. We are still in a topsy-turvy state because we already took a lot of risks. I do not know where we can borrow money again. But are we still credible if we seek more loans given our debts that accrued to trillions of pesos across several administrations?” 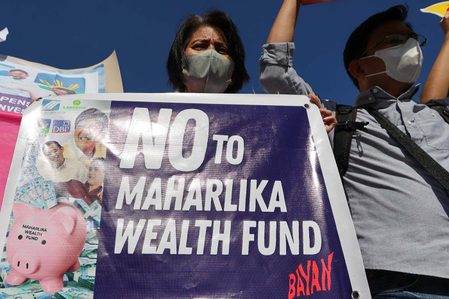 Another councilor, James Judith, said he was for having a sovereign wealth fund just like other countries but he felt uncomfortable about using the central bank’s surplus funds.

“Maybe we can start small, and experiment but not with this kind of money. I understand this is going to be long-term and so, let’s start small,” Judith said.

He said the Philippines should draw lessons from the 1Malaysia Development Berhad (1MDB), a state-owned investment fund marred by systematic embezzlement.

“Just like any other hedge fund, there will always be risks,” Judith said. – Rappler.com