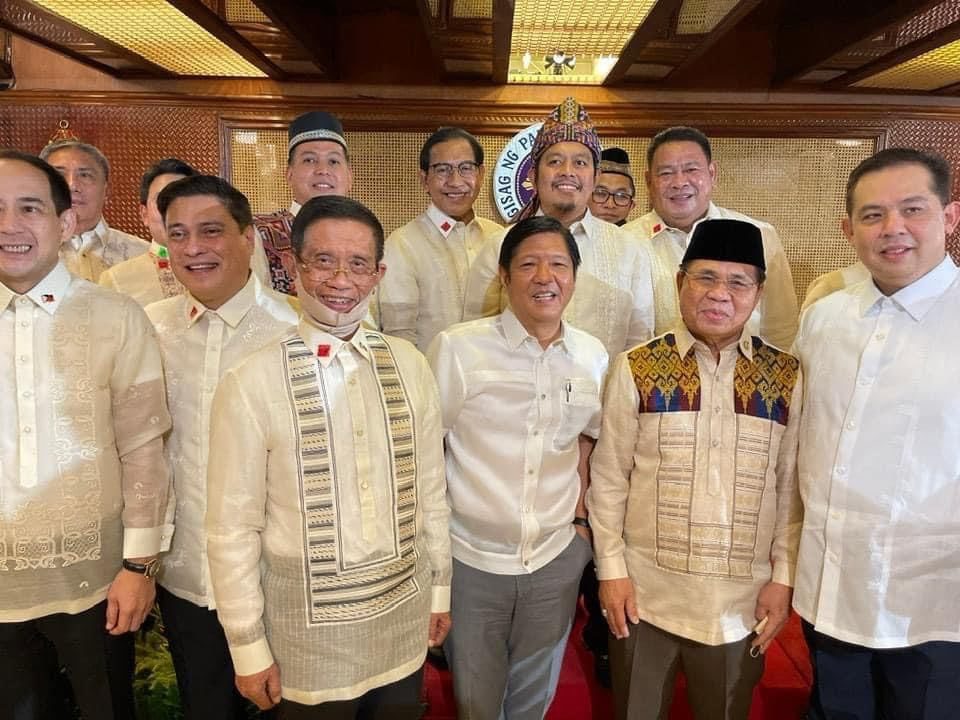 GENERAL SANTOS CITY, Philippines – The Moro Islamic Liberation Front-Salamat wing on Saturday, August 13, said it would abide by the decision of President Ferdinand Marcos Jr. to extend the term of Bangsamoro interim Chief Minister Ahod Balawag “Al Haj Murad” Ebrahim and name other regional officials, but hinted that it would be performing a watchdog role.

On Thursday, it sought a full accounting of billions of pesos in Bangsamoro Autonomous Region in Muslim Mindanao (BARMM) funds since 2019 and asked that its interim officials be subjected to lifestyle checks.

Marcos presided over the oath-taking of Ebrahim and his other BARMM appointees on Friday afternoon, ending speculation over Malacañang’s silence about the fate of the region’s interim officials.

The new set of BTA members is expected to hold an inaugural session at the Shariff Kabunsuan Cultural Complex in Cotabato City this week.

He said he and officials of the Bangsamoro region would do their best to deliver what is expected of them.

Friday’s oath-taking of a new set of BTA members in Malacañang came as surprise to many. There was no announcement from Malacañang ans the BARMM before that.

The new set of BTA members includes 47 who served as BARMM’s first interim officials, and 33 new members, including five who replaced officials now holding other government positions and a deceased member.

During the oath-taking, Marcos said Malacanang made sure that all BARMM sectors are represented in the BTA until the special region holds orderly elections in 2025.

Marcos said the objective is to put in place a legal framework that would ensure that the regional government would be able to function the way it should after BARMM elects its next set of leaders.

Until BARMM holds an election, the BOL provides that an interim body with executive and legislative powers would lead and govern in the special region.

But some groups were unhappy with the new set of BTA members such as members of Marcos’ Partido Federal ng Pilipinas (PFP) who had wanted seats in the BARMM.

(I had thought that we would rise together. Why is it that the very people who said that the Marcoses are thieves, and who spent money to prevent a Marcos victory, are the ones who were able to set foot in Malacanang, and their hands were raised first?) – Rappler.com