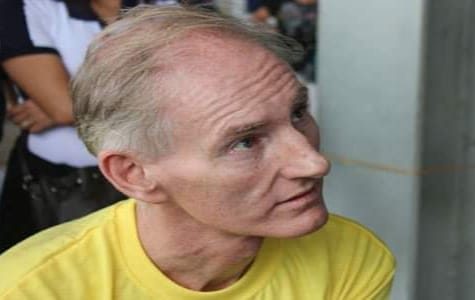 Facebook Twitter Copy URL
Copied
'I don't think I'll ever see another thing like this in my lifetime. As a lawyer, this was the worst thing that I ever saw,' says Northern Mindanao Regional State Prosecutor Merlynn Barola-Uy

CAGAYAN DE ORO, Philippines – Some of the prosecutors who worked to win convictions against Australian pedophile Peter Gerard Scully had sought professional help because they were traumatized while watching children getting abused in his hurtcore videos.

The 59-year-old Scully was meted a 129-year prison term by a regional court in Cagayan de Oro on November 3.

The verdict came four years after the same court slapped him with a life imprisonment sentence for human trafficking and a maximum of 45 years for five counts of rape.

The cases against Scully took time to build, and the narratives of the victims and video recordings of the kind of torture and abuse they went through took a toll on some of the prosecutors.

“We couldn’t imagine the manner and extent of the abuse that was captured on camera…. I don’t think I’ll ever see another thing like this in my lifetime. As a lawyer, this was the worst thing that I ever saw,” Northern Mindanao Regional State Prosecutor Merlynn Barola-Uy told Rappler in an exclusive interview on Monday, November 14.

The November 3 verdict handed down by Judge Ali Joseph Ryan Lloren of the Regional Trial Court Branch 37 of Misamis Oriental concluded seven years of law enforcement and prosecution work to bring the most notorious pedophile caught in the Philippines to justice.

The more than 60 cases against the man from Melbourne outlived the first judge from the same court and the regional state prosecutor before Uy who supervised the first prosecution team in laying the foundations against Scully’s defense.

Uy said they were forced to watch the videos sold by the pedophile online.

The videos, she said, had to be watched by the lawyers and the late Judge Jose Escobido because Scully’s defense team filed a motion to view them.

It was Escobido who slapped Scully with his first conviction for qualified trafficking in person and rape in 2018.

Watching children as young as 18 months get tortured and sexually abused on video, and their narratives were too much for some of the prosecutors to handle it sent them to psychotherapy sessions.

Uy said prosecutors suffered vicarious trauma, a condition that results in continuous exposure to victims of violence and trauma.

The cases also took a toll on the seven surviving children. Scully and his cohorts robbed them of their innocence, and the cases placed them under the government’s witness protection program for years.

Although the government took care of their education, the situation deprived them of some of the joys of childhood.

“The children suffered court fatigue. They got tired of waiting for the day that they would be called to testify. It became such a task for them. It became challenging. They became restless. They wanted to be with their friends. They wanted to live normal lives,” Uy said.

She added, “It was even made worse because of the fact that I’ve seen them grow up.”

The youngest of the children is now 12 years; she was just 18 months when the Australian pedophile violated her.

The eldest, now a 21-year-old college graduate, was 11 when Scully ravaged her on camera.

One of the eight known victims died and was exhumed from a kitchen floor of an apartment in Surigao City in northeastern Mindanao.

The details of her death and exactly what Scully did to “Barbie,” as she was called by prosecutors, were unknown.

“What is clear is that she died as a result of the trafficking,” said Uy.

But the harrowing experience of two of the survivors who escaped in Cagayan de Oro was quite telling – they were cuffed, made to wear dog collars, and forced to dig what would have been their grave in a house basement.

The last 60 cases against Scully and his accomplices were consolidated and decided on following a plea bargaining agreement.

Scully would have been meted a life imprisonment sentence for each count of qualified trafficking but prosecutors settled for 129 years for all 60 cases.

Uy said, “One lifetime is not enough for him to pay for his crimes,” but 129 years still means he won’t be able to get out.

“The plea bargaining agreement saved us a lot of time,” she said.

Aside from attempted trafficking, Scully was also convicted early this month of syndicated child pornography, child abuse, rape, and photo and video voyeurism, among others.

His Filipina girlfriend Lovely Margallo has been meted a jail sentence of 126 years, and two other accomplices – Alexander Lao and Maria Durotiya Chia – were each sentenced to nine years in prison. – Rappler.com

(Watch the full interview with Northern Mindanao Regional State Prosecutor Merlynn Barola-Uy in Rappler’s Voices from the Regions at 7 pm on Friday, November 18.)