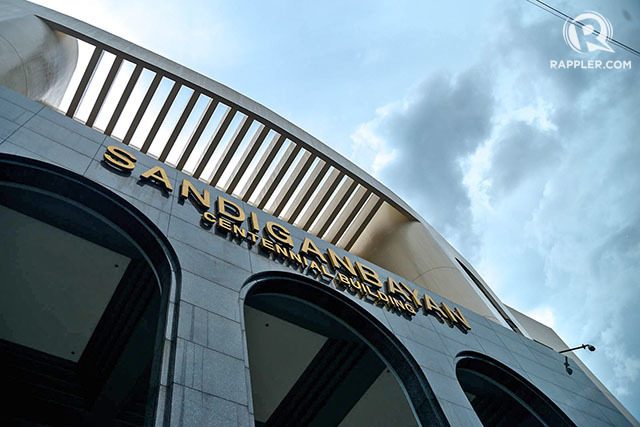 ANTI-GRAFT COURT. The facade of the Sandiganbayan building in Quezon City.

MANILA, Philippines – The Sandiganbayan affirmed the graft conviction of a former Bukidnon municipal mayor over an anomalous procurement involving almost P20 million worth of heavy equipment in 2004.

Sandigabayan in August 2022 found Edma and municipal accountant Felipa Catanus in violation of Republic Act 9184 or the Government Procurement Reform Act for greenlighting the purchase of a tractor bulldozer and a vibratory soil compactor amounting to P19.4 million without going through competitive building.

“In fine, the accused were not able to sufficiently prove any strong justification which would warrant the reversal, much less modification, of the assailed decision,” the Sandiganbayan said.

Edma and Catanus are facing six to 10 years in jail as well as perpetual disqualification from public office.

Matias was convicted after his team’s special audit report found no irregularities in the procurement, while Basay lied about publishing an invitation to bid in the newspaper.

Matias and Edma, convicted on three counts of falsification of public documents, were thus given a punishment of two to eight years in prison and fines of P5,000 for each count. – Rappler.com