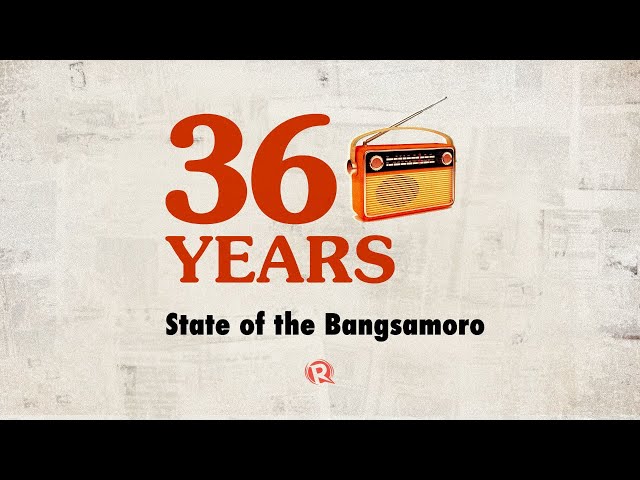 Facebook Twitter Copy URL
Copied
We talk to Lanao del Sur 1st District Representative Zia Alonto Adiong about Marawi, the BARMM, and the future of a region under transition

MANILA, Philippines – In Mindanao, the southernmost island region of the Philippines, more than 22,600 families remain displaced, according to figures from the United Nations. Most of them are found in Lanao del Sur, where over 17,000 families or more than 85,000 individuals are still displaced because of the 2017 Marawi siege.

What do democracy and governance mean for communities who have long been deprived of both opportunity and their fair share of the pie?

In this episode of 36 Years, we speak to Lanao del Sur 1st District Representative Zia Alonto Adiong, a first-time House member who brings with him years of experience as a representative in the Regional Legislative Assembly of the Bangsamoro Autonomous Region in Muslim Mindanao and as a member of the Bangsamoro Transition Authority.

We talk about how legislation and the 19th Congress can protect internally displaced persons in the Bangsamoro and beyond, what it means to make amends with the historical injustices against the Bangsamoro people, and the future of a region in transition under a new administration.

A new episode of 36 Years airs every Tuesday evening on Rappler’s social media pages and drops as an audio-only podcast every Thursday. – Rappler.com