ARRESTED. Broadcaster Ramon 'Mon' Tulfo inside the MPD-Special Mayors Reaction Team office after his arrest at the quadrangle of the Manila City Hall on May 18, 2022. 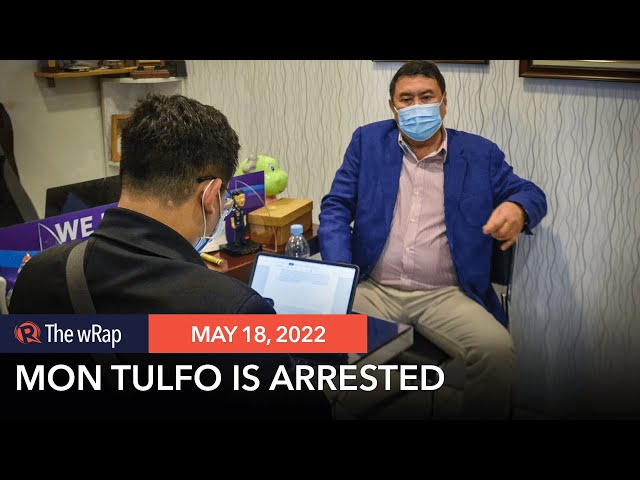 MANILA, Philippines – Broadcaster Ramon “Mon” Tulfo has been arrested by the police over a cyber libel complaint. Tulfo confirmed this with Rappler.

He said the complaint was filed by former justice secretary Vitaliano Aguirre II. Rappler has yet to see a copy of the complaint.

In an initial report, the Manila Police District also confirmed Tulfo’s arrest on Wednesday, May 18. Based on the report, Tulfo was arrested at around 10:05 am.

The arrested broadcaster is the brother of winning senatorial candidate Raffy Tulfo, and television personalities Erwin and Ben. Tulfo is also the brother of former tourism secretary Wanda Tulfo Teo, who got embroiled in a controversy during her stint as tourism chief.

The 75-year-old journalist was arrested through a warrant issued by Manila Regional Trial Court Branch 24 Judge Maria Victoria Soriano-Villadolid. According to the police, a certain Lean Cruz, counsel of the complainant, sought the assistance of the police to arrest Tulfo.

He remains under police custody. Tulfo said he is being held at the Manila City Hall detachment. The police have yet to disclose details of the complaint. – Rappler.com