Facebook Twitter Copy URL
Copied
2021 was a year of struggle and triumph for Filipinos, as shown by some who guested on 'So Jannelle'

The year 2021 was an eventful one for Filipinos. There were global struggles, like the ones against the pandemic and attacks on democratic institutions, but there were also people who inspired us, including women who rose to become voices of hope, and the ambitious citizens who decided to make a difference through politics. 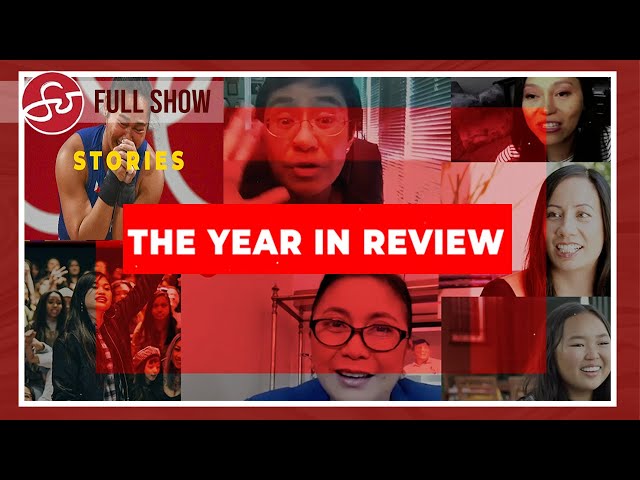 So Jannelle, airing in its fourth year, was there to share the stories of overcoming adversity, and triumphing on the national and international stages.

For many Asian Americans, 2021 saw an uptick in hate crimes which added fear to a pandemic which had already been impacting the world.

Danilo Yu Chang, a Filipino-Chinese resident of San Francisco, still had the bruises on his face as he spoke about the difficulty he had with processing the tragedy.

“I’m traumatized by the experience. I’m afraid actually to go out, even to see the doctor,” admitted Chang in a conversation with Filipino-American media pioneer Jannelle So Perkins, for the latter’s So Jannelle TV – that airs US-wide on cable channels The Filipino Channel (TFC) and ANC; as well as on local Southern CA digital channel KNET 25.1.

There was also the gut-wrenching saga of Miguel delos Santos, who spoke with So Perkins from a wheelchair after surviving being shot six times by police officers in April of 2021. Despite the numerous surgeries he has undergone, one of the bullets remains lodged in his spinal column.

“You hear all the time about people getting shot once and they die. But I got shot six times and I’m pretty happy to be alive,” said Delos Santos, who, despite the difficulty he is facing, has found a way to be optimistic about his life.

Filipinas on the rise

So Perkins also spoke with a number of Filipina women who were doing their part to change the world.

Maria Ressa, the co-founder and CEO of Rappler, and the most recent Nobel Peace Prize winner, also joined So Perkins for a conversation about the difficulties which face democracy.

“Right now a lot of the world’s decisions for everyone of our democracies is being determined by those with power and money before we even go to the vote,” Ressa said. “I actually believe there will be a disruption because the status quo can’t stay the way it is. We’ve normalized violence, we’ve normalized incompetence, we’ve normalized silence. I think that’s changing.” 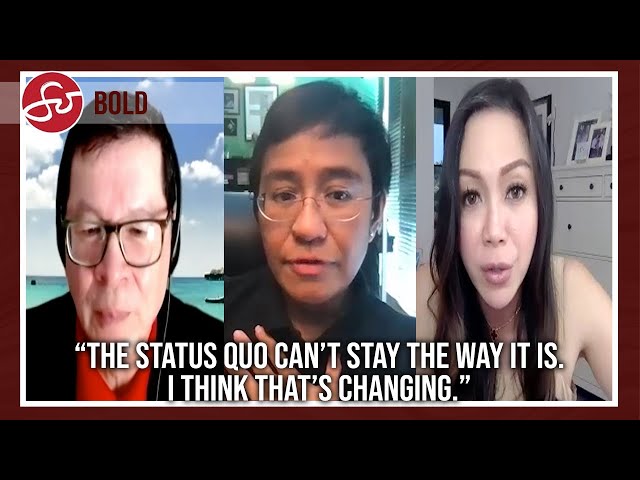 There were other Filipinas who used their music as a way to invoke the changes they wanted to see.

Ruby Ibarra, a Bay Area resident who has been described as a “Pinay warrior” for her socio-political lyrics, had been fighting on the front lines of the COVID-19 pandemic as well, as a scientist at a biotech firm researching vaccines. The Tacloban City native says her background as a Filipino immigrant has prepared her for the full schedule she keeps.

“I think folks like that aren’t strangers to wearing multiple hats. When it comes to me feeling like, do I have to choose between sciences or do I have to pursue music, I’m actually in a time right now where I love doing both,” Ibarra shared with So Perkins.

Ella Jay Basco, a teenage Filipina actress, used her own rap lyrics in the single “Gold” to shed a light on the negative body image that skin whitening soaps propagate.

“‘Gold’ is really just to embrace that we are a beautiful culture, and we really love our skin and we don’t care about the model minority or the stereotypes or anything like that,” Basco said.

So Perkins also spoke with Philippine Vice President and 2022 presidential candidate Leni Robredo, who shed light on how she managed the grief she experienced after the sudden passing of her husband Jesse Robredo. 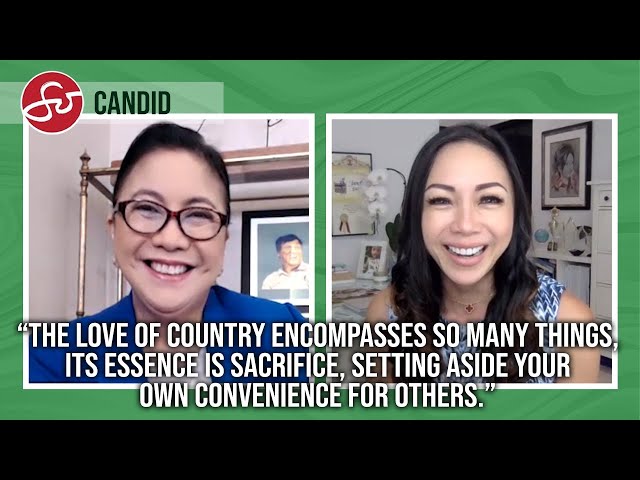 So Perkins also spoke with Filipino women who are making waves on the political scene in the United States.

Juslyn Manalo, the mayor of the Bay Area city Daly City, said she was compelled to seek office to make the changes she wanted to see, instead of waiting on someone else to make them happen.

“It really stems from my passion, serving the community. With that I realize how important it is to work with your public officials. Whether at the county level, state level, or national level,” she said.

So Perkins also spoke with Malia Vella, the vice mayor of Alameda City, California, who showed that women could balance politics and a family.

“I really think women can and do do it all. So, just showing women that when we put our minds to something, we can get it done,” said Vella.

Filipinos in the arts

So Perkins also highlighted the successes of Filipinos in the arts.

Jay Oliva, who is the executive producer for the Netflix adaptation of the popular Filipino komik Trese, related his experiences as a trailblazer to So Perkins.

“I realized that I was in a position to change the industry from the inside,” said Oliva. “The big studios are never going to change. And then I also realized, wait, I think I’m the only Filipino who owns a studio in and let alone Hollywood, right? That’s when I realized, ‘Oh wow, that’s some big shoes to fill.’”

Marisa Pizarro, who serves as Senior Vice President of A&R at Def Jam Records, has excelled in the music industry. She explained how the success of K-Pop showed that Asian music could be accessible to audiences, regardless of the language.

“I don’t think we need to cross over or worry about what everyone else is doing. They’ll come to us,” says Pizarro.

There will be challenges and successes among Filipinos abroad in 2022, just as there are in all years. So Jannelle will be telling those stories, just as it has for the past four years. – Jannelle So Productions | Rappler.com