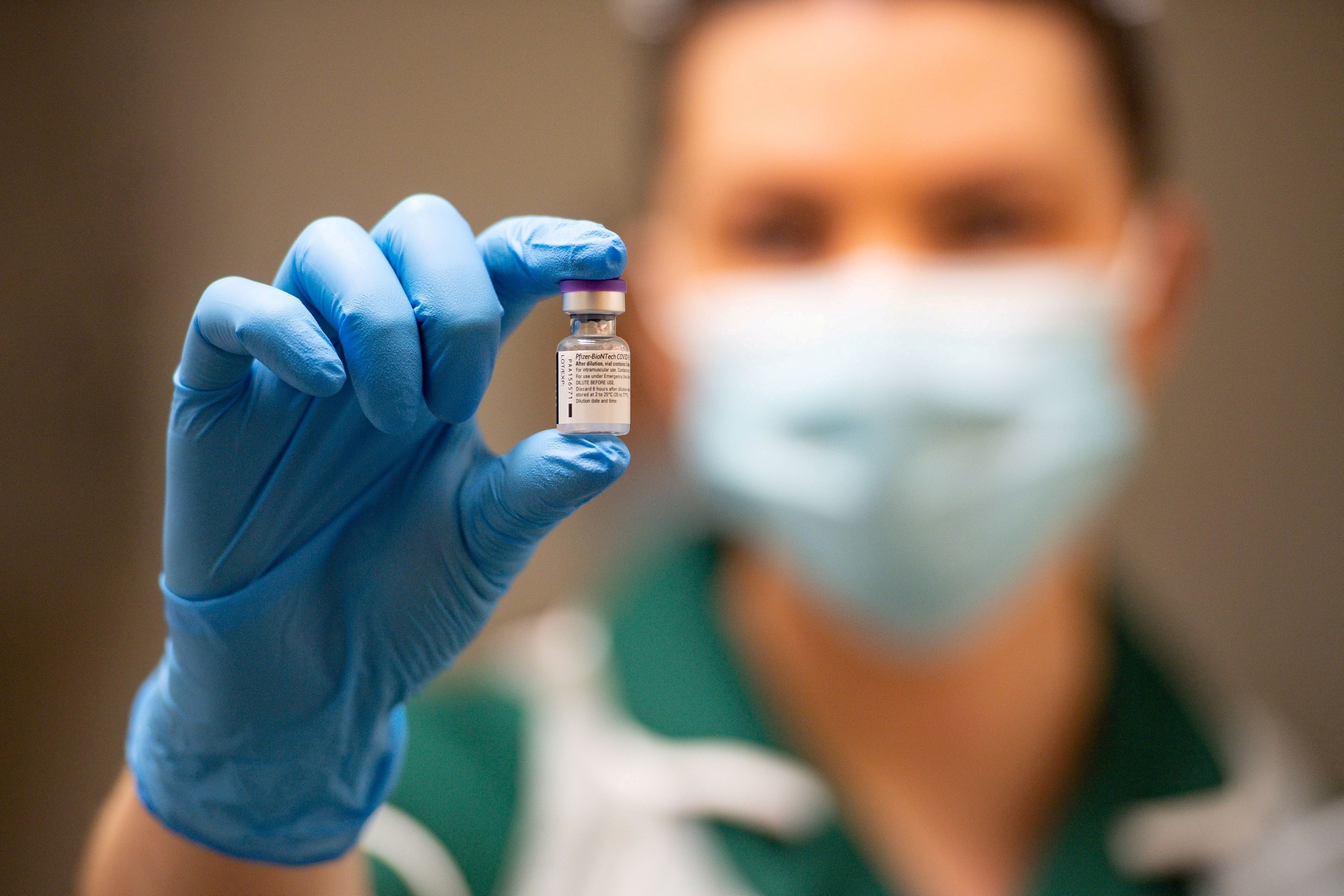 LEADING VACCINE. A nurse holds a phial of the Pfizer/BioNTech COVID-19 vaccine at University Hospital in Coventry on December 8.

Photo by Jacob King/Pool via Reuters

Facebook Twitter Copy URL
Copied
(UPDATED) The Food and Drug Administration's decision paves the way for the Pfizer vaccine to be given to Filipinos, but actual delivery remains uncertain as the government has yet to finalize a supply deal with the company 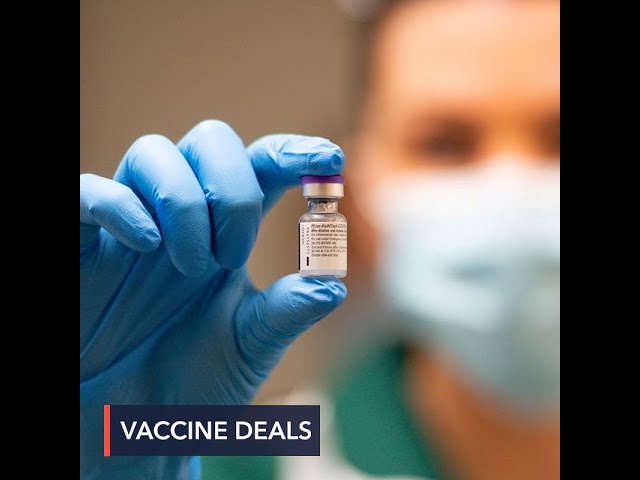 The Philippine Food and Drug Administration (FDA) has issued an emergency use authorization (EAU) for Pfizer and BioNTech’s COVID-19 vaccine, clearing the way for its use in a country hardest hit by the pandemic in Southeast Asia.

The historic approval – a first of its kind in the Philippines – was issued on Thursday, January 14, marking a milestone in the country’s fight against the disease which has so far infected over 492,000 people and killed nearly 10,000.

“The FDA today is granting an emergency use authorization to Pfizer and BioNTech’s COVID-19 vaccine. It is decided that all conditions for an EUA are present and that the benefit of using the vaccine outweighs the known and potential risks,” FDA Director General Eric Domingo announced in a virtual press briefing.

Domingo said that the vaccine met the Philippines’ conditions for securing an EUA. In particular, evidence from well known and controlled trials showed that “it is reasonable to believe” that the vaccine may be effective to “prevent, diagnose, or treat COVID-19.”

In a best case scenario, the FDA decision would mean that the Pfizer vaccine can be distributed to Filipinos in a matter of weeks, with health and pandemic officials targeting an initial rollout by the end of February.

In reality, the timeline of the vaccine administration and the actual number of doses that will arrive remain uncertain as the government has yet to finalize a supply deal with Pfizer. (READ: Why did the Duterte gov’t take months to sign a vaccine deal with Pfizer?)

Vaccine czar Carlito Galvez Jr said the company committed to deliver 25 to 40 million doses to the Philippines if there was excess supply from the United Stares and other countries which had secured orders earlier.

For now, the identified February rollout will greatly depend on whether or not the country is included in the GAVI COVAX facility’s list of states that may get doses of Pfizer’s vaccine for an early rollout pegged for the coming month.

Galvez said the government would submit an appeal to COVAX by January 15 to have the Philippines included among countries that will be given a share of doses. Between January 19 to 29, officials from the COVAX facility are also scheduled to inspect ultracold chain storage facilities necessary to keep Pfizer’s vaccine stable, as part of its assessment on whether the country was ready to receive it.

Aside from demonstrating 95% efficacy, Pfizer’s vaccine offers a boost of hope in taming the pandemic as preliminary studies showed it would likely remain effective against mutations of COVID-19.

The FDA’s decision comes 22 days after Pfizer officials filed an EUA application with the agency. Pfizer was the first to apply for emergency use in the Philippines, followed by British drug maker AstraZeneca.

Once the first batch of the Pfizer vaccine arrives in the country, Galvez said it can only be distributed in Metro Manila, Cebu City, and Davao City, as these areas have the facilities to keep the vaccine at a temperature of -70°C (- 94 degrees Fahrenheit).

The actual distribution would also be complicated. Health experts have cited the necessary preparation to handle the new vaccine when administering it to patients.

Pfizer officials earlier explained that while doses may last up to 6 months in ultra-low temperature freezers, they can be stored up to 30 days in thermal shippers the company designed, and up to 5 days in normal refrigerated 2-8°C conditions – posing a challenge for the Philippines’ health system.

Frontline health workers in areas reporting high incidence of cases are among those prioritized to receive initial doses of the vaccine.

While the FDA granted Pfizer an EUA, it is not full approval. Securing full marketing authority  – which is necessary to commercialize the vaccine – would be contingent on Pfizer’s commitment to finish development of the product.

In November 2020, Pfizer became among the first companies to announce results showing its vaccine was 95% effective. The findings shattered expectations of a vaccine developed at breakneck speed and offered hope that the end of the pandemic was in sight.

The Philippines is the latest country to clear the Pfizer vaccine, after the United Kingdom, United States, Canada, Saudi Arabia, Singapore, Germany, Australia, and Israel, among other countries – Rappler.com