Facebook Twitter Copy URL
Copied
(UPDATED) A week before, the Department of Science and Technology had said there was no need for local clinical trials given existing trials abroad

President Rodrigo Duterte ordered the Department of Science and Technology (DOST) and Department of Health (DOH) to study the use of ivermectin as a possible treatment against COVID-19, Food and Drug Administration (FDA) Director General Eric Domingo said on Tuesday, April 20. 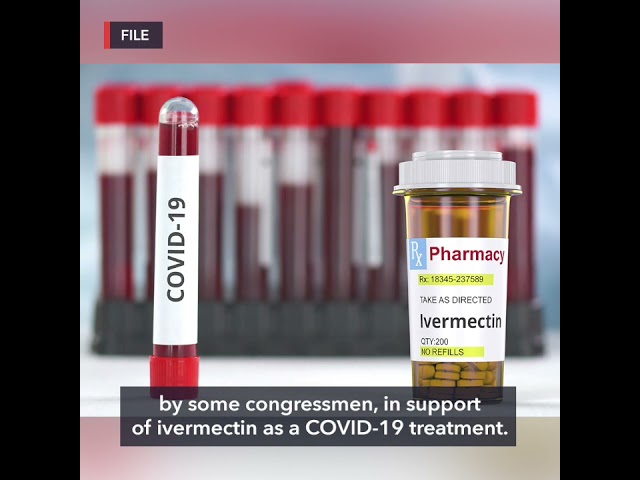 Domingo made the statement during a virtual press briefing, following the DOST’s announcement on Monday night that it would conduct clinical trials on the controversial anti-parasitic drug in the Philippines

(The President ordered the DOST and DOH last Wednesday to study this since he heard many things about it and was made aware many were supporting it, and scientists were also saying there not enough evidence [on the drug] yet so the ordered the government to study it.)

Science and Technology Secretary Fortunato dela Peña also announced the start of the local clinical drugs of the drug after a meeting with the president in the Malacañang Golf Clubhouse.

(Hopefully, after this trial, we will have more reliable estimates on the effect of ivermectin as an anti-viral agent in reducing the virus shedding in mild and moderate patients.)

On Tuesday, Domingo said the DOST Philippine Council for Health Research and Development was completing the design of clinical trials which should start “soon.”

As recently April 12, Dela Peña had said there was no need for the Philippines to hold clinical trials.

On April 15, however, ivermectin was discussed in Duterte’s meeting with pandemic task force officials. The drug had been mentioned in previous meetings before then, because of the intense public debate about it.

(On Thursday, we had a meeting where you mentioned it. On Friday, Secretary Duque and I talked about it. Last Saturday, we reached an agreement to look for an expert to conduct the clinical trial.)

The government’s decision comes after lobbying, including by some lawmakers in the House of Representatives, in support of ivermectin and more local studies on its potential as a COVID-19 treatment.

Dela Peña also announced that a doctor from the University of Manila-Philippine General Hospital (PGH) has been chosen to lead the clinical trials. Ivermectin would then be used in quarantine facilities near PGH as part of the trials.

“The plan is for quarantine centers near PGH to conduct this. The DOH has also allocated funds for those clinical trials,” said Dela Peña in Filipino.

The science department chief also stressed that the ivermectin clinical trials would likely take a minimum of 6 months to complete. This process could go faster if a significant number of people volunteer to participate in the clinical trials.

The clinical trials will compare how ivermectin reduces symptoms or length of hospital stay among trial participants compared to other treatments being used.

There is an ongoing public debate over the use of ivermectin to treat COVID-19, with some doctors recommending it, patients sharing how it had been beneficial to them, and other medical experts warning against its unproven use against the coronavirus disease.

In the Philippines, the ivermectin allowed – and freely sold online – is the one for animals, used to treat heartworm disease. For humans, the ivermectin available in the country is “in topical formulations under prescription use only,” the Food and Drug Administration had said.

Human grade ivermectin with adjusted dosage is available in some countries.

As many Filipinos and some doctors have sung praises about ivermectin, the Department of Health and World Health Organization have appealed for people to wait for results of clinical trials, and government approval, before taking the drug to treat or prevent COVID-19.

Two local manufacturers in the country are applying for certificate of product registration of ivermectin. One undisclosed hospital was able to secure a limited use permit for ivermectin. – with reports from Sofia Tomacruz/Rappler.com