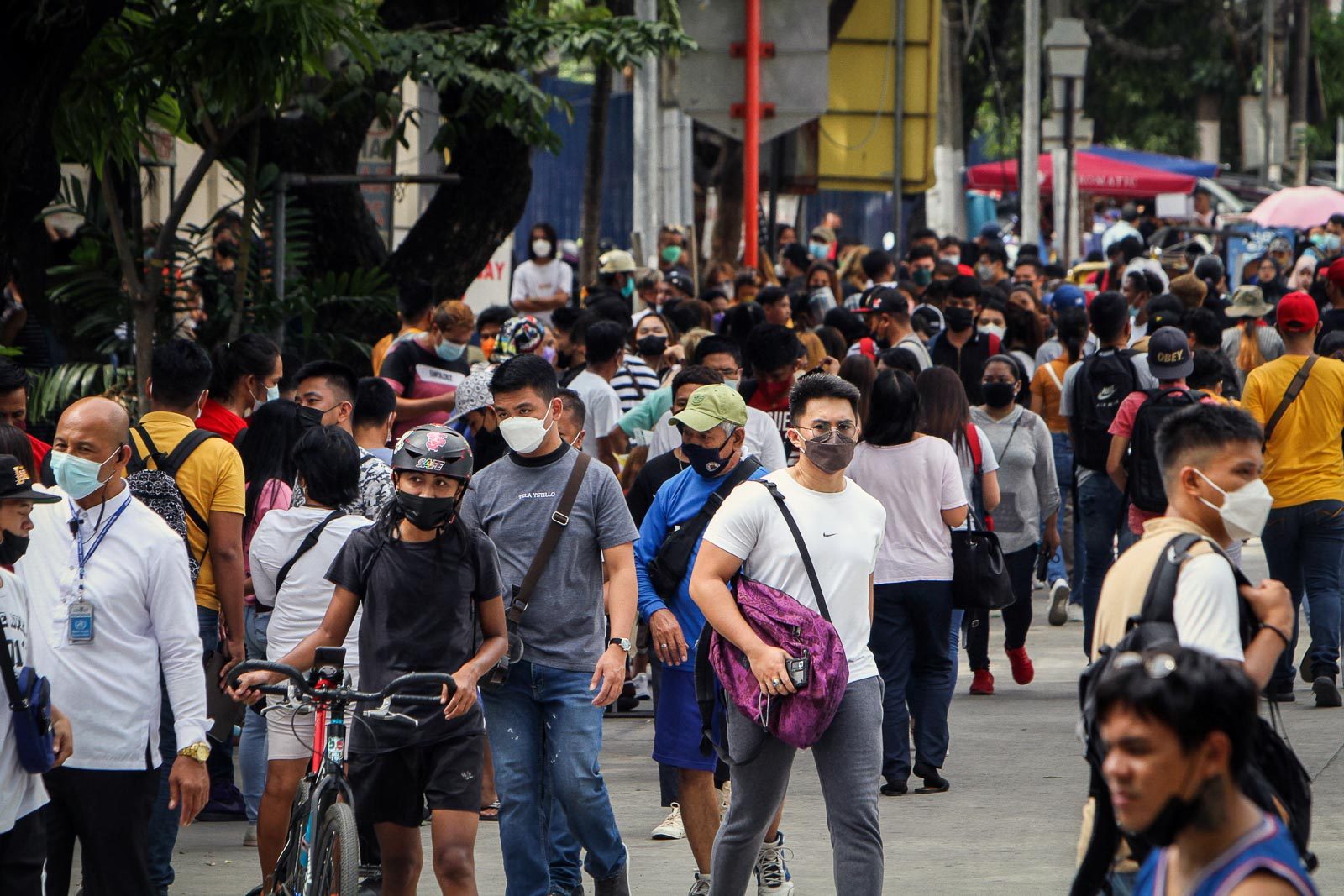 Filipinos go about their daily lives as they are seen at the busy street of Taft Avenue in Manila on February 16, 2022. The government is already preparing for the shift to the “new normal” as the country is now back to low-risk classification for COVID-19, according to Presidential spokesperson, Cabinet Secretary Karlo Nograles. Rappler

MANILA, Philippines – The Department of Health (DOH) on Tuesday, August 2, reported the country’s first two cases of the highly transmissible Omicron BA.2.75, known as “Centaurus” due to its rapid spread.

DOH officer-in-charge Maria Rosario Vergeire said that the two cases are from Western Visayas, and have already recovered. She added that their exposure and travel histories are still being verified.

BA.2.75 is another Omicron offshoot that was first detected India in May and has since spread to around 10 countries, including the United States and Australia.

Initial studies showed that BA.2.75 has multiple mutations in its spike protein, which is responsible for the virus’ transmissibility. This also has more potential to evade vaccine protection.

The BA.2.75 cases were detected as the country deals with a fresh surge in infections driven by the Omicron BA.5. The DOH also reported additional 1,015 cases of this virus type, bringing total cases to almost 3,000.

Experts have said that vaccination is still the best way to avoid infection, hospitalization, and deaths.

Despite the rise in cases, the entire Philippines remains low risk for COVID-19 while Metro Manila is moderate risk for the virus. – Rappler.com