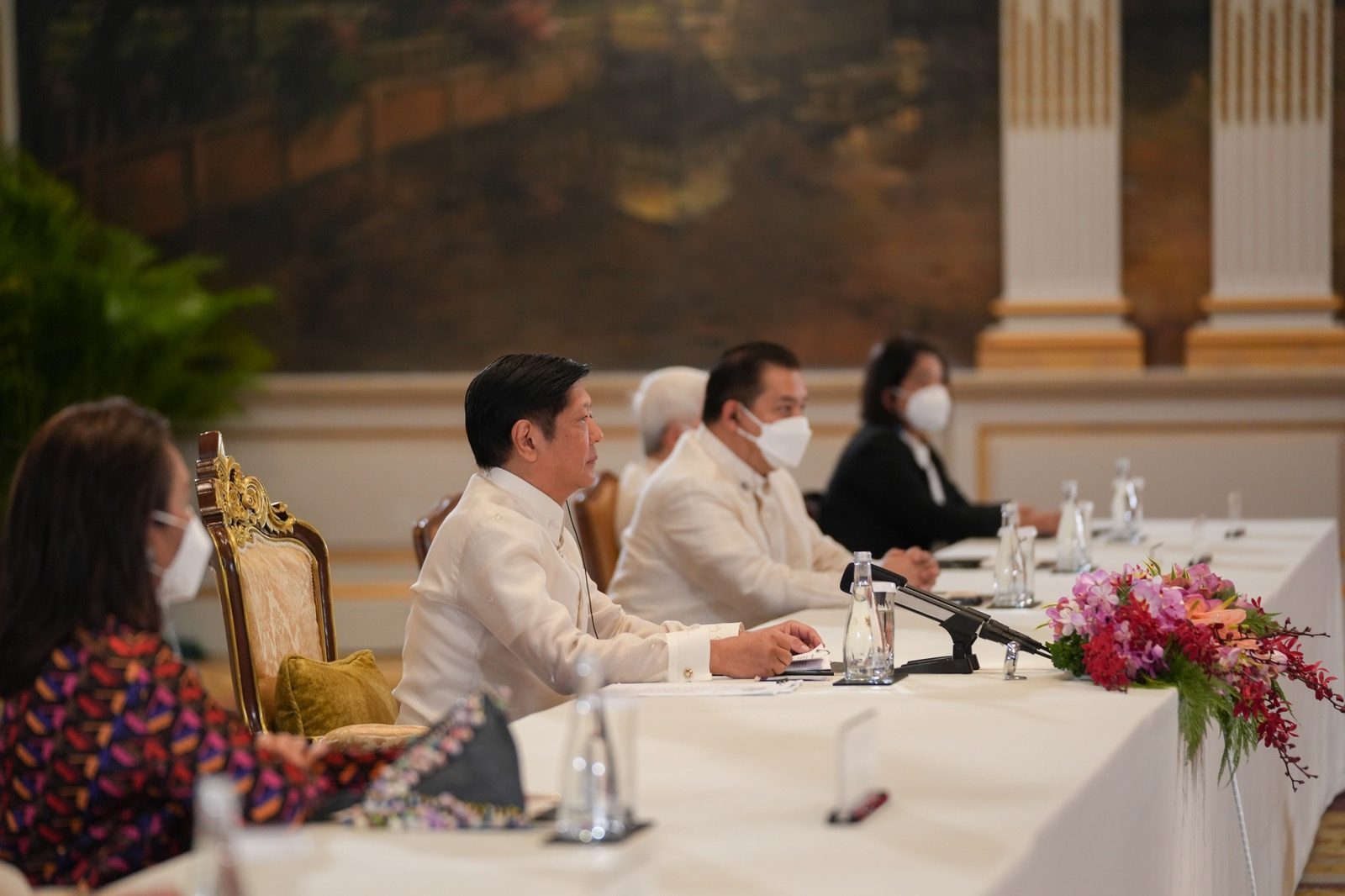 MANILA, Philippines – President Ferdinand Marcos Jr. said the Philippines will be sending a note verbale to China over the reported “forceful” seizure of an object that was being towed by a Philippine ship in the West Philippine Sea (South China Sea).

“Yes, I think that that’s what we need to do, because when it was first reported to me by the chief of staff, I asked him to immediately call his – the Philippines’ – the military attaché in the Chinese embassy and to get a report,” said Marcos in a chance interview with reporters on Tuesday, November 22.

The Philippine President, who recently met with Chinese President Xi Jinping in Bangkok, said he wants to understand why China’s report on the incident differs in its “characterization” and why it’s “much more benign” compared to that of the Philippine Navy’s.

“The word ‘forcibly’ was used in the Philippine Navy report. And that was not the characterization in the Chinese navy report or the report coming from China,” he said.

“Of course, I am – I have complete trust in our Navy, and if this is what they say happened, I can only believe that that is what happened,” added Marcos.

On November 20, a Chinese coast guard ship “forcefully retrieved” a floating object being towed by a Philippine vessel in the West Philippine Sea, according to the Philippine Navy.

According to their report, the Navy had sent a vessel to check on a floating object about 800 yards west of Pag-asa Island (Thitu Island). The team then tied the object to their boat and started towing it back to shore when the Chinese coast guard approached and blocked their course twice.

The Chinese eventually sent an inflatable boat to cut the tow line, tugging the floating object back to their own coast guard ship.

Still talking about the incident in the chance interview, Marcos said he was glad to be making a trip to Beijing in January 2023.

“We don’t want that to happen. So we want to have a mechanism na – we have to find a way na hindi na mangyari ‘yun, na wala tayong mga incident na ganyan (for that not to happen, to avoid those types of incidents),” he added.

US, China, and the Philippines

Both China and the US have been jockeying for position as the dominant world power in the region. The Indo-Pacific is considered among the US’ main areas of focus in diplomacy, military might, and economic development.

Harris’ visit, in fact, was seen as something that would upset Beijing. The US Vice President visited Palawan – an area close to contested waters in the South China Sea – to cap off her short visit to the Philippines.

Marcos has downplayed this, saying Harris’ visit shouldn’t affect Philippine-China ties since she was within Philippine territory.

Even during his meeting with Harris in Malacañang on Monday, November 21, Marcos tried to make light of her Palawan trip.

“I’m sure you’re just going to the resorts and the beaches,” said Marcos in their short remarks that were streamed live over Philippine government-run RTVM.

Harris responded in jest: “That is not the life I’ve chosen these days.”

Beaches and resorts were certainly not on the US Vice President’s agenda in Palawan.

Speaking on board the Philippine Coast Guard’s BRP Teresa Magbanua, Harris reiterated the US’ support and commitment to a defense treaty with the Philippines, particularly over tensions in the South China Sea.

“As the United States has long made clear: We support the 2016 ruling of the UN Arbitral Tribunal, which delivered a unanimous and final decision firmly rejecting China’s expansive South China Sea maritime claims. The tribunal’s decision is legally binding and must be respected,” said Harris. – Rappler.com