Eleazar’s first order to cops: Do not hurt those you arrest for wrong face mask use 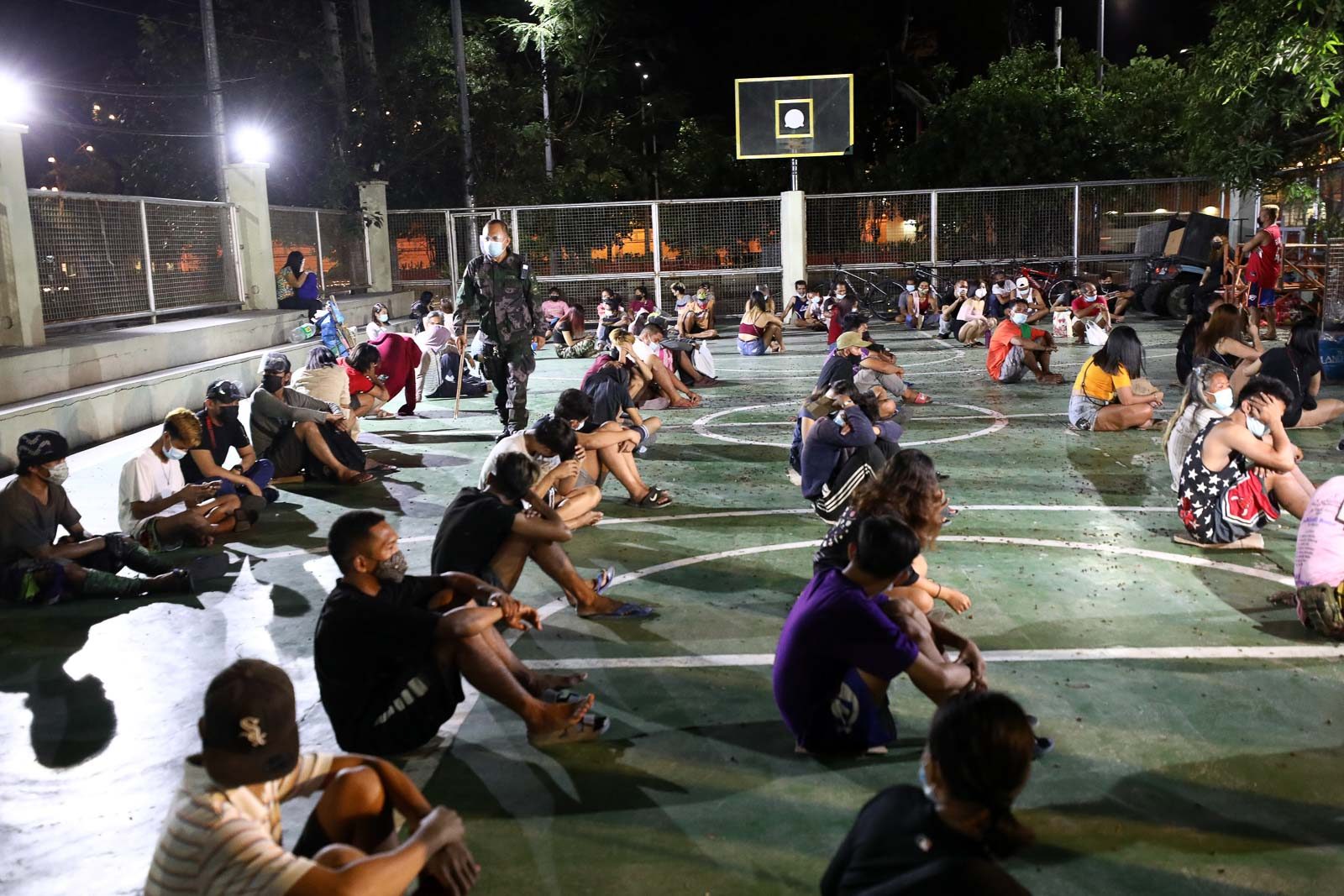 ORDER. Authorities round up curfew and health protocol violators in the vicinity of Ermita, Manila, on May 6, 2021, following the order of President Rodrigo Duterte to arrest people who are not properly wearing face masks.

As the Philippine police quickly shifts back to an arrest policy, as ordered by President Rodrigo Duterte, their new chief has a public instruction: Do not hurt the people you arrest for quarantine violations.

(We can arrest them, but we shouldn’t impose punishment, and more importantly, we shouldn’t hurt them. If you do this, I will punish you.)

This comes in the context of two incidents last April where two people died because of physical punishments for violating quarantine. In General Trias, Cavite, 28-year-old Darren Peñaredondo died after policemen forced him to do 300 rounds of a pumping exercise for breaking curfew to buy water for his family.

“The penalties for violation of the minimum health safety protocols are already embodied in the local ordinances such as imposition of fine and community service, and these should be used to discipline the violators,” said Eleazar.

Upon the recommendation of Justice Secretary Menardo Guevarra in April, the PNP stepped on the brakes on the arrest policy and said they would instead subject quarantine violators to community service.

But all that changed with just one word from Duterte, announcing in a speech that he’s ordering policemen to arrest those who improperly use their face mask.

Human rights lawyers have long been pointing out that an arrest policy for quarantine violators will be subject to abuse, and will clog court dockets, leading to overcrowding jails – all of which happened in 2020, before Guevarra shifted tone last April.

Guevarra said the DOJ and the Department of the Interior and Local Government (DILG) will draft guidelines to avoid overcrowding of jails.

Eleazar also appealed to the public to follow all protocols.

(Again, I am appealing to all of you to wear your face masks and follow minimum health safety standard protocols because if you don’t, you will be punished.) – Rappler.com