MANILA, Philippines – The Philippines, even after it restored its democracy in 1986, has not been a safe place for progressive individuals, including human rights workers, labor leaders, and even journalists.

Many have fought for the freedom Filipinos are now enjoying. Among them was the late senator Benigno “Ninoy” Aquino Jr., husband of the late president Cory Aquino and father of the late former president Noynoy Aquino III. (READ: LOOK BACK: The Aquino assassination)

After the late dictator Ferdinand E. Marcos declared Martial Law, Ninoy, a staunch Marcos critic, became a political prisoner and was among the first individuals to be arrested. He was put on military trial after he was accused of murder, illegal possession of firearms, and subversion. 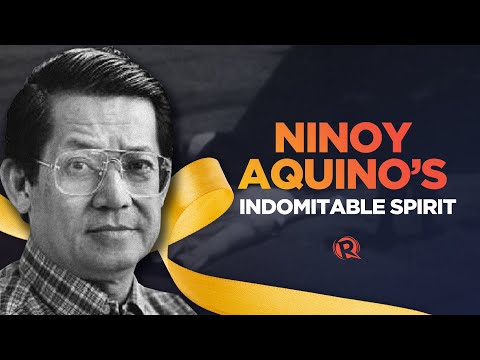 Ninoy was allowed to go to the United States to undergo a heart surgery and lived in exile for seven years. In 1983, he decided to fly back to the country despite opposition from his friends who feared for his life.

On August 21, 1983, Ninoy was assassinated at the tarmac of what was then known as the Manila International Airport. Three years after, the dictator was ousted.

Decades later and even without Martial Law, thousands are still being arrested annually by state forces – a number of whom are considered political prisoners. By Cambridge’s definition, a political prisoner is a person jailed for criticizing government – this, despite dissent being a constitutional right.

Karapatan, a human rights group working for the protection and promotion of human rights in the country, has been keeping track of political prisoners arrested in the Philippines. It has been doing this since it was established in 1995.

Arrested under Aquino and Duterte

Based on Karapatan’s data broken down per region, Metro Manila has the most number of arrested with 116 under Arroyo. Since the national government is situated in the National Capital Region (NCR), massive protests from progressive groups and the opposition also happen in the country’s capital region.

The NCR was followed by Southern Mindanao or the Davao Region with 41, then Southern Tagalog (Calabarzon and Mimaropa) with 40.

Under Aquino, most of the political prisoners arrested were from the Davao Region (82). This was followed by Metro Manila with 61, and Bicol and Caraga with 31 each.

By region, the lowest number of arrested political prisoners under Aquino was in Ilocos with only one.

The most number of arrested was in Northern Mindanao (Misamis Oriental, Misamis Occidental, Bukidnon, Lanao del Norte, and Camiguin) with 97. This was followed by Western Visayas with 85, then Caraga with 74.

Just like under Aquino, only one was arrested in the Ilocos Region under Duterte. In total, there are 803 political prisoners who remain behind bars, as of June 2022.

In a bid to stop the country’s decades-long insurgency problem, Duterte signed Executive Order (EO) No. 70, which created the National Task Force to End Local Communist Armed Conflict. However, the EO and the task force only served to worsen the red-tagging and attacks against progressive individuals.

A piece published by Karapatan in 2020 explained the plight of political prisoners under Duterte: “Despite the legal and non-violent nature of their work and advocacies, they have been tagged maliciously as ‘communist terrorists’ or ‘terrorist sympathizers’ to justify their arrests and imprisonment – often under the basis of trumped-up criminal charges such as arson, murder, and illegal possession of firearms and explosives.”

It was also under Duterte that the country saw one of the deadliest days for activists: Bloody Sunday. On March 7, 2021, at least nine activists were killed, while six were arrested in simultaneous police and military operations in Southern Luzon.

The bloody encounter, which took the lives of activists, happened two days after Duterte told the police and military to “kill” and “finish off” communist rebels in encounters.

– with a report from Amara Kyla Bautista/ Rappler.com