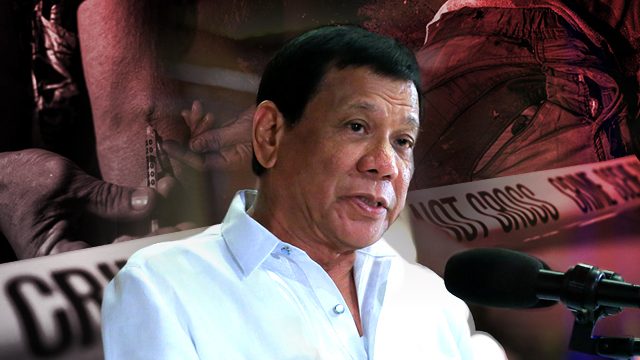 There is pressure now on the United Nations Human Rights Council (UN HRC) to make a stronger move regarding the human rights abuses under Philippine president Rodrigo Duterte so that they could “reinforce” a potential investigation by the International Criminal Court.

Both the Human Rights Watch (HRW) and Amnesty International (AI) are putting the spotlight on the UN HRC, which was slammed for a “soft” action last 2019 in that it merely required “technical cooperation” instead of tighter scrutiny of the killings in the bloody war on drugs.

“The ICC intervention must be reinforced by greater efforts from the international community, starting with the UN Human Rights Council,” said AI Secretary General Agnès Callamard in a statement pm Tuesday, June 15, after ICC Prosecutor Fatou Bensouda announced she requested the pre-trial chamber for an authority to investigate killings in the drug war.

Rejecting that the ICC still has jurisdiction over the Philippines, Presidential spokesperson Harry Roque on Tuesday said “the president will never cooperate until the end of his term on June 30, 2022.”

The UN HRC, which has a joint program with the Philippine government, “can add pressure to the government to at least cooperate and avoid becoming an international pariah,” said HRW Philippine senior researcher Carlos Conde.

“Maybe it would give certain sectors in government the needed impetus to cooperate,” Conde added.

How will ICC investigate?

A potential ICC probe would certainly be difficult, given the Philippines has withdrawn from the ICC in March 2019, and add to that Duterte’s consistent admonition of foreign investigations.

“Withdrawal will make any investigation, if approved by a pre-trial chamber, more difficult as there will be no guarantee of actual cooperation,” Priya Pillai, an international lawyer with expertise in international justice and human rights, had earlier told Rappler.

Under the ICC procedure, if an investigation is authorized, the Office of the Prosecutor “sends missions – usually composed of investigators, cooperation advisers, and if necessary, prosecutors – to concerned countries, collects and examines different forms of evidence, and questions a range of persons, from those being investigated to victims and witnesses.”

“To undertake these activities, the OTP relies on the assistance and cooperation of States Parties, international and regional organizations, as well as civil society,” says the ICC website.

Duterte has said before any ICC investigator will be denied entry to the Philippines and be immediately deported.

In place of a sustained field presence, the OTP “has increasingly relied on its relationships with local information providers, known as ‘intermediaries,'” wrote international legal scholar Christian De Vos in his 2013 paper ‘Investigating from Afar: The ICC’s Evidence Problem’ for the Leiden Journal of International Law.

Local human rights groups have pledged willingness to provide information to the ICC, as well as the relatives of the victims of the war on drugs which they represent.

But since these intermediaries are not “core staff,” De Vos wrote that “the uncertain relationship of intermediaries to the OTP (and to the Court at large) underscores the crucial, but potentially destabilizing, role that they can play in investigations.”

“Despite recognizing that intermediaries are often better placed to gather evidence than many Hague-based investigators, it would appear that, as a matter of policy, they remain at the margins of the OTP’s decision-making process,” wrote De Vos. 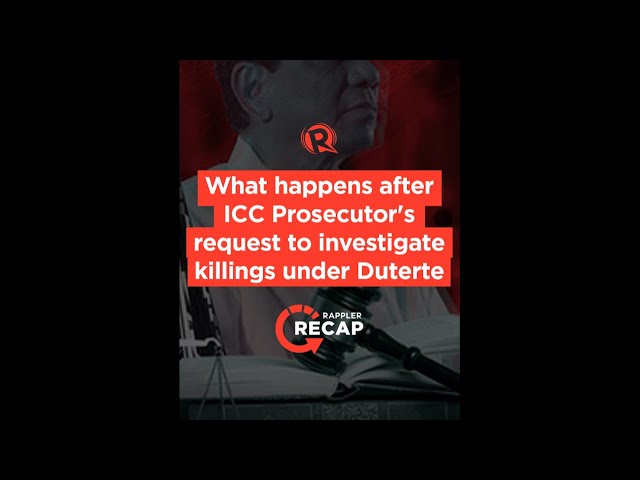 Will non-cooperation end the investigation?

Roque, a former international human rights lawyer, said he was “confident that the pre-trial chamber will reject the request for investigation.”

“They will just waste time and resources of the court because, without cooperation from the Philippine state, they won’t be able to make a case except for one based on hearsay and from the communists and political enemies of the President,” added Roque in Filipino.

Roque had once cited Afghanistan, which ICC pre-trial chamber judges rejected an investigation into saying non-cooperation of the Afghan government meant that the investigation was “doomed to fail.”

One of the elements for initiating an investigation under Article 53 of the Rome Statute is the presence of substantial basis to believe an investigation would “serve the interests of justice.”

In the initial decision in 2019 for Afghanistan, the pre-trial chamber said “taking into account the gravity of the crime and the interests of victims, there are nonetheless substantial reasons to believe that an investigation would not serve the interests of justice.”

That decision was widely slammed and the pre-trial chamber reversed it in 2020, so now there is an ongoing investigation into Afghanistan.

There’s also the case of Burundi, which, like the Philippines also withdrew from the ICC shortly after preliminary examination. Bensouda mentioned Burundi in her statement on the Philippines.

Burundi’s investigation was approved by the pre-trial chamber close to two months after Bensouda’s request. The application for authorization for the Philippines was filed May 24, less than a month ago.

The Department of Justice (DOJ), whose drug war review is being cited by the government as the reason why the ICC is not needed, is now evaluating records of 52 out of the 7,884 people killed in police operations. The review has been ongoing for a year, and no complaint has been filed as a result.