Robredo: How many more lives will we lose if gov’t can’t do its job right?

Philippine opposition leader and Vice President Leni Robredo doubled down on her criticism of the Duterte government’s mishandling of the pandemic after the country tallied a new record-high of 22,366 fresh coronavirus cases. 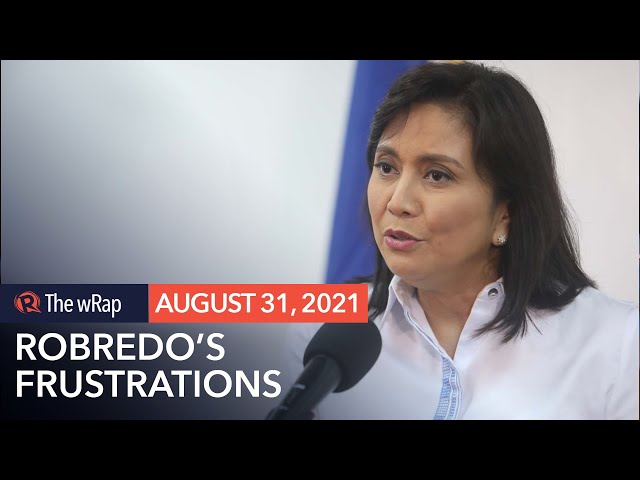 “Kung hindi natin aayusin [ang] trabaho natin, ilang buhay pa ‘yung mawawala?” said a frustrated Robredo on a Facebook post she made less than an hour after the Department of Health (DOH) announced the latest COVID-19 figures on Monday, August 30.

(How many more lives will we lose if you can’t do your job right?)

Robredo – whose office has been praised for its quick and effective pandemic response programs despite a measly budget –  is considering running for president in the high-stakes 2022 polls.

Though she has dismal ratings so far, pre-election surveys still indicate Robredo to be the most viable opposition standard-bearer in 2022.

The Vice President believes Monday’s “staggering” new cases do not fully capture the extent of the total COVID-19 infections, citing the country’s positivity rate of 27.5% and only 65,237 tests conducted.

For Robredo, the Duterte government’s failure to test more residents for COVID-19 and the lack of a centralized contact tracing system make it difficult to accurately detect infections.

She said this could mean there are asymptomatic Filipinos oblivious to their COVID-19 status and who end up infecting others.

(Even if I sound like a broken record, let me repeat – we are simply not testing enough!!! That means there are a lot of COVID positives who are unaware they have been infected already. When they don’t know they are positive, they would end up infecting more people.)

The Vice President argued that because the Philippines’ contact tracing system is weak, it is difficult for officials to identify index cases and figure out transmission chains.

Duterte’s government has long been criticized for mismanaging the COVID-19 crisis, with the country now logging a total of 1,976,202 cases, of which 7.5% or 148,594 are active or are patients currently sick with the disease.

In the same post, Robredo went on to lament the situation on the ground – realities she has observed owing to her office’s various pandemic response initiatives.

Robredo said two of the patients that the Office of the Vice President (OVP) was assisting recently had difficulty finding a hospital that could still admit them. One patient was 147th in line for a hospital bed in one medical institution.

Robredo said the oxygen level of another patient being assisted by the OVP went below 70 on Sunday night, August 29. They had to call several hospitals just to look for an available bed for the patient.

It was only at 8 am on Monday when the OVP managed to find a hospital that could take care of the patient.

Despite the difficulties, Robredo knows these patients are luckier than most. With the recent surge in cases, hospitals have turned tents into makeshift emergency rooms. Worse, some Filipinos end up dying without even seeing a doctor at all.

(It’s a good thing they were able to make it. But how many other people going through the same ordeal are out there?)

Since 2020, Robredo has been consistent in using her official Facebook profile to talk about the state of the country’s public health crisis and to offer solutions to the Duterte administration.

Duterte and his allies, however, have also been consistent in rejecting or outrightly ignoring Robredo’s suggestions this past year-and-a-half. – Rappler.com