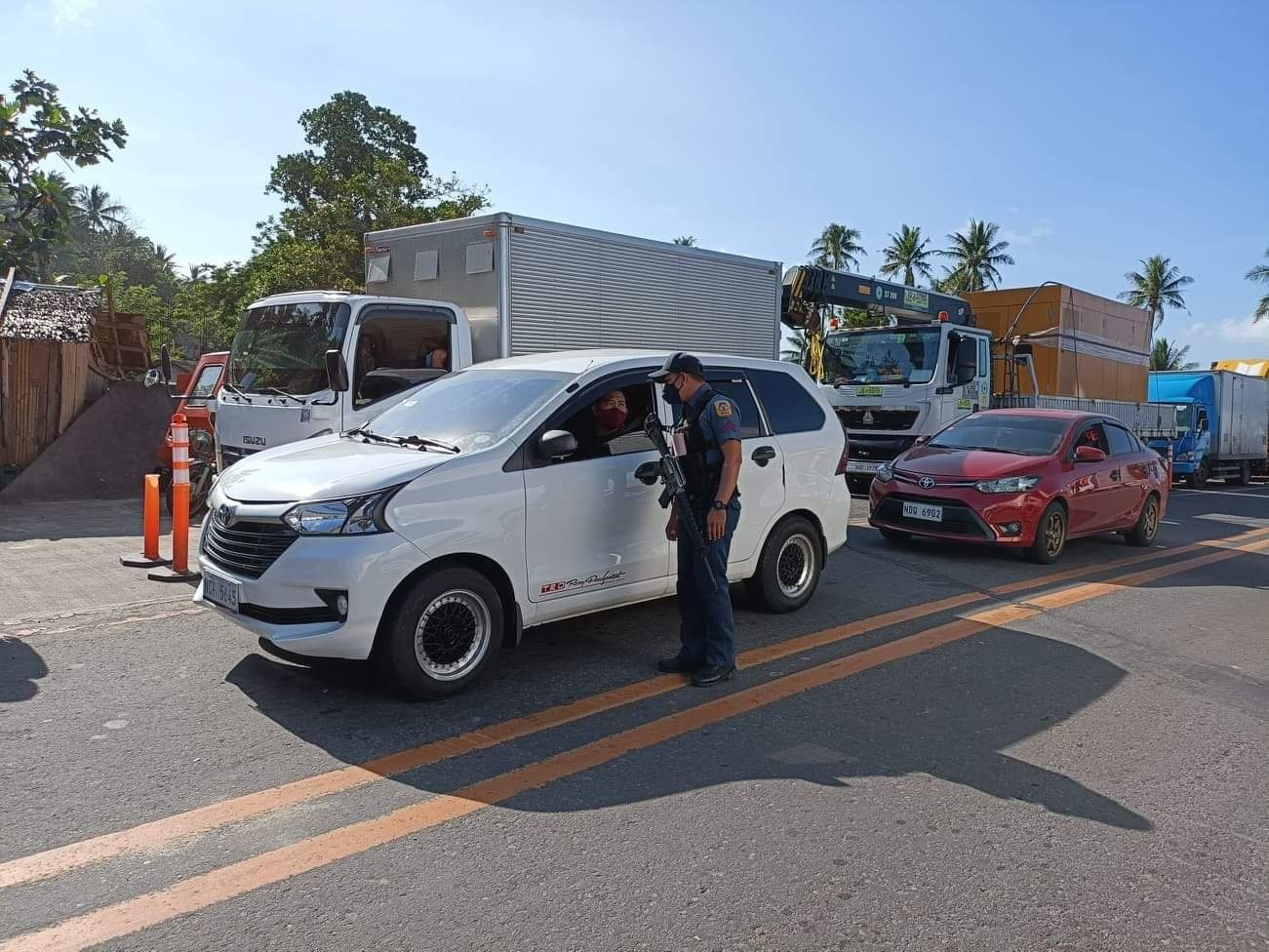 STRANDED. A police in Matnog, Sorsogon, talks to a driver of one of around 800 vehicles waiting for ramp repairs at the port.

SAMAR, Philippines – At least 5,000 individuals traveling from Luzon to the Visayas and Mindanao have been stranded at the Matnog Port in Sorsogon over the last 24 hours due to damaged vessel ramps for roll-on roll-off and fast craft vessels.

Around 800 cargo and passenger vehicles idled on the highway leading to the Matnog Port as they awaited ramp repairs from 11 pm Tuesday, January 18, to Wednesday, January 19.

Only 8 of 14 vessels in Matnog bound for the ports of Allen and San Isidro in Northern Samar are operational, Josh Echano, the head of the Provincial Disaster Risk Reduction Management Office in Northern Samar told Rappler on Wednesday.

From Northern Samar, only cargo vessels were stranded while the flow of passenger and private vehicles headed for Luzon via Matnog have been “smooth sailing” so far, with a waiting time of at least two to three hours, Echano added.

There are three terminals in the town of Allen and one in San Isidro, both in Northern Samar.

The damage was traced to rain and winds brought by a shear line and the northeast monsoon, the provincial police office said.

The police office in Matnog and the Land Transportation Office in Bicol urged vehicles and passengers using the port to cancel or reschedule their trips.

Echano said he was closely coordinating with the Provincial Disaster Risk Reduction Management Office in Sorsogon regarding the status of the damaged ramps.

“Right now, they are currently repairing those ramps to accommodate more passengers. They are soon to finish the repair,” Echano told Rappler. – Rappler.com

Lance Lim is a Visayas-based reporter and an awardee of the Aries Rufo Journalism Fellowship.