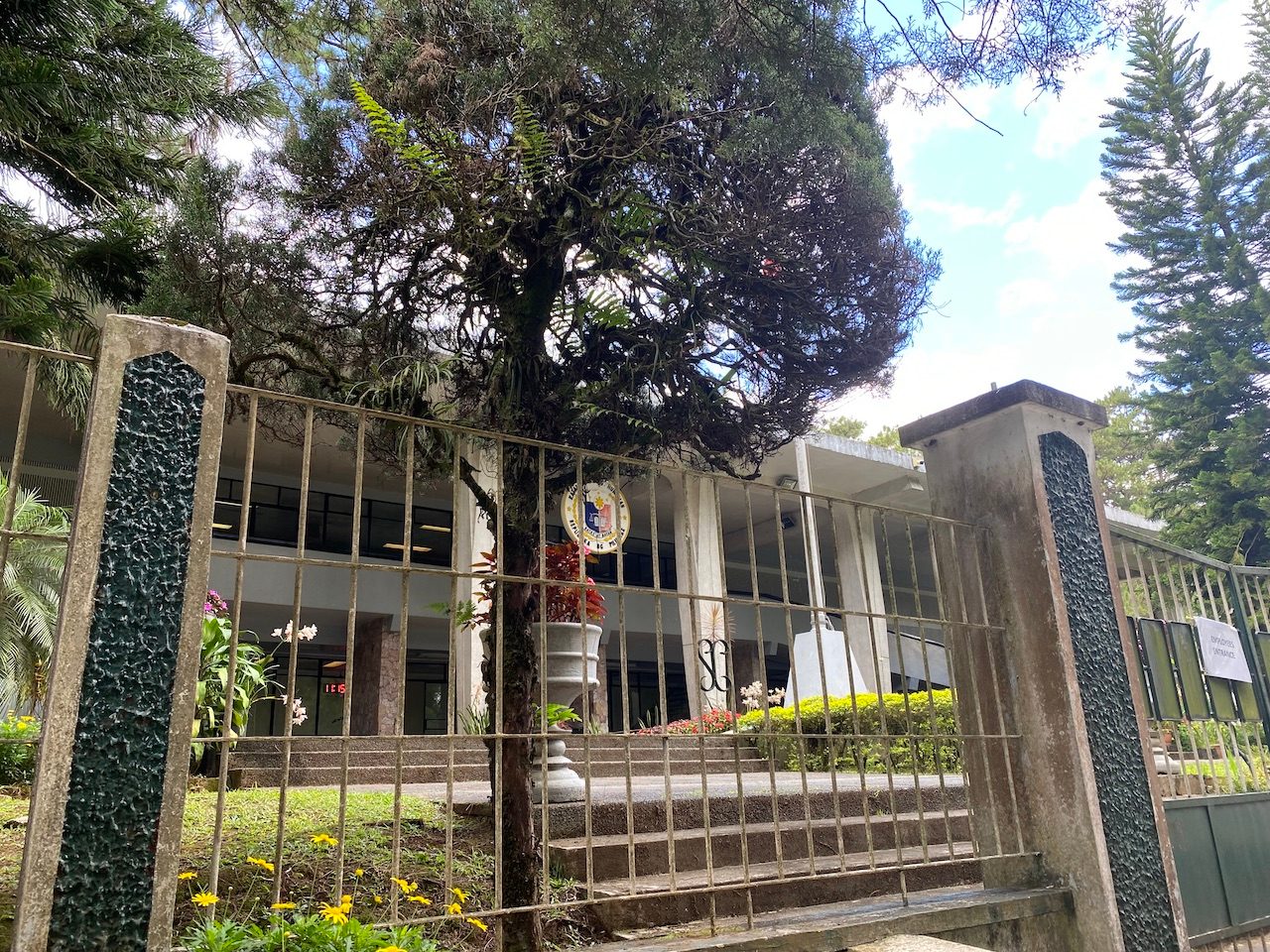 UPHELD. The Supreme Court, having its summer sessions en banc in Baguio City, denies with finality the appeals on the feared anti-terror law.

Facebook Twitter Copy URL
Copied
(UPDATED) 'It is even more imperative that we stand our ground for our rights,' says Edre Olalia, president of the National Union of Peoples' Lawyers, following the Court's decision 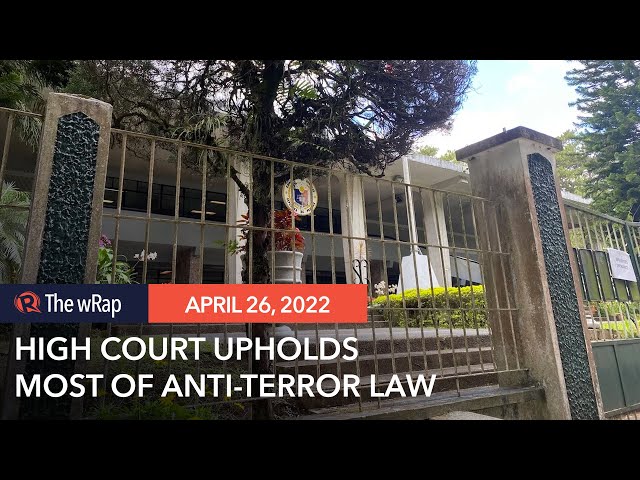 BAGUIO CITY, Philippines – The Supreme Court has upheld with finality most of the anti-terror law, the Court announced on Tuesday, April 26.

This means that Filipinos will have to live with the law subjecting Filipinos to what have been called draconian clauses, under the president they will elect on May 9.

The Supreme Court, during its en banc summer session in Baguio City, denied with finality the motions for reconsideration on the highly contested law. A total of six motions were filed, but many of the original 37 petitioner groups banded together to file a joint appeal.

“The Court resolved to deny the motions for reconsideration due to lack of substantial issues and arguments raised by the petitioners,” said the Supreme Court in an official announcement on Tuesday.

This means that the feared clauses of the law, like arrest and detention without warrant, and designation through an arbitrary process of the executive anti-terror council, will be applied on suspected terrorists. Critics of the law have said this will be weaponized to target the political opposition, activists, and even ordinary dissenters.

The only struck down provision from the original decision was the foreign mode of designation, which is adopting a designation made by a foreign jurisdiction. Designation is feared because the government need not go to court to tag someone as a terorrist – it only have to release an issuance and has the privilege to keep its evidence and proceedings confidential.

The consolation for the petitioners was that the original decision struck down the so-called killer caveat, a proviso under Section 4 which was feared to give leeway to law enforcement to interpret dissent as an act of terrorism. Some petitioners called it a small victory, while others slammed it as terrible consolation which failed to stop the dangers of the law.

The voting is largely similar, meaning the justices maintained their votes. The only difference is that the original ponente, Justice Rosmari Carandang, has already retired.

It also means the Supreme Court retained a clause in Section 10 which punishes recruitment to terrorist groups. Several justices wanted to remove the phrase “organized for the purpose of engaging in terrorism” to define what a terrorist group is, saying it was ambiguous and prone to abuse, but Chief Justice Alexander Gesmundo won the vote to keep it.

The law’s critics can only hope to hurdle the next mountain, which is to push for a law that would amend or repeal the law. This, however, would depend on the priorities of the next Congress and the new administration.

“Or battle it out case to case, on an as applied basis,” said counsel and petitioner Ted Te, former spokesperson of the Supreme Court, meaning to challenge the law as suspects are actually charged and tried under the provisions.

“We still hope that in good time the subject law will be struck down or amended, if not repealed altogether. Meanwhile, we will guard and defend against its abuse and misuse against the very people it is supposed to protect,” said Edre Olalia, president of the National Union of Peoples’ Lawyers (NUPL), which served as counsel to some groups.

“It is even more imperative that we stand our ground for our rights,” he added.

The Free Legal Assistance Group, which represented a group of journalists and opposition lawmakers, said the decision “only encourages us to continue to be vigant for fundamental rights and freedoms that may be impacted by the law.”

“We remain convinced that these provisions are not only dangerous, as they are prone to abuse, but also in violation of the Constitution,” said FLAG.

The Philippines joins neighbors Hong Kong, Thailand, and Singapore in having legislation widely seen as a crackdown on dissent, as democracies are threatened around the world. – Rappler.com