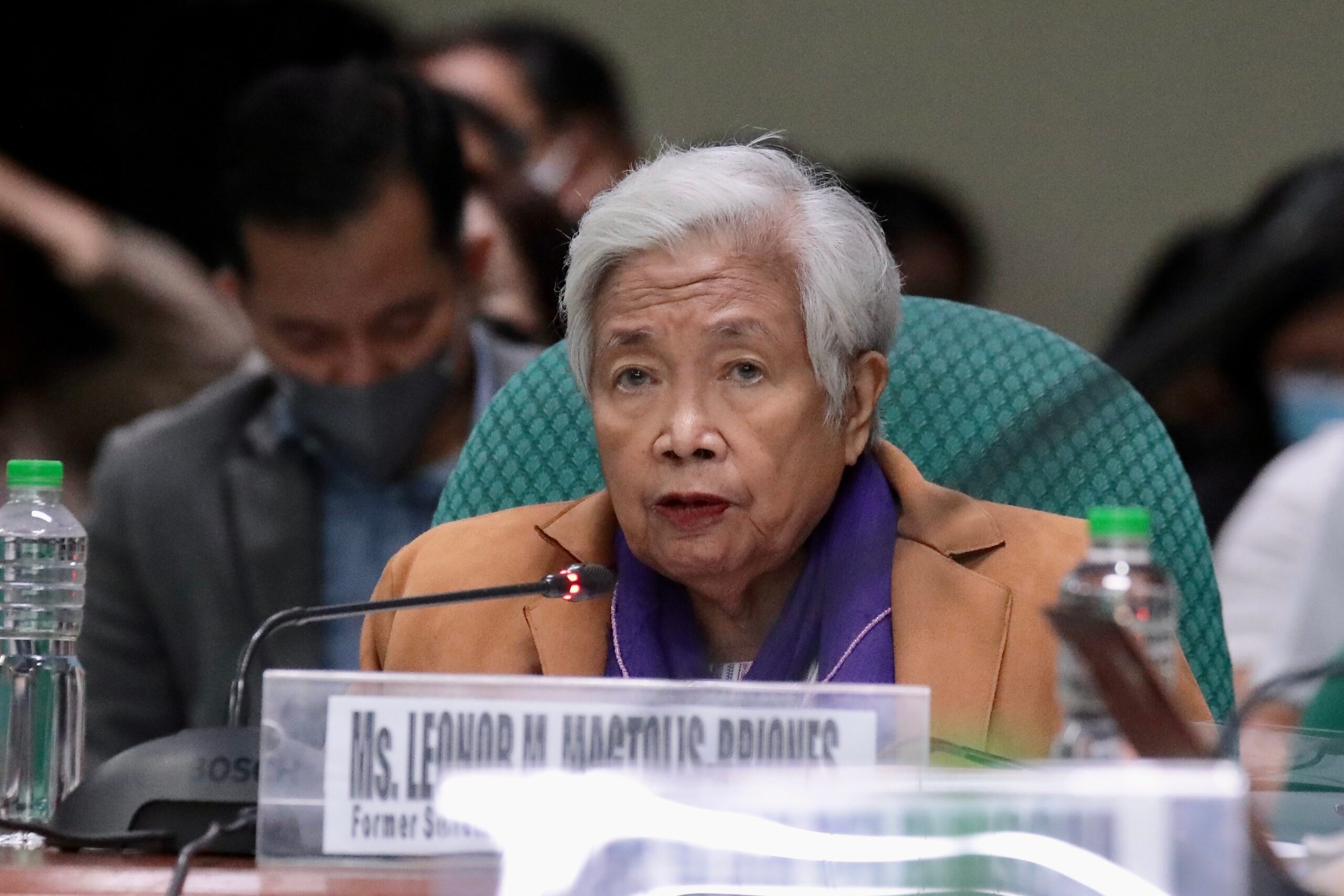 Former Education Secretary Leonor Briones, who served under the Duterte administration, attends the hybrid Accountability of Public Officers and Investigation (Blue Ribbon) Committee inquiry Thursday, August 25, 2022, on the alleged overpriced and outdated laptops procured by the Department of Education (DepEd) through the Procurement Service-Department of Budget and Management-Procurement Service (PS-DBM) for teachers used in distance learning. Photo by Voltaire F. Domingo/Senate PRIB

MANILA, Philippines – The Senate blue ribbon committee recommended filing of administrative and criminal charges against some officials of the Department of Education (DepEd) and the procurement service of the Department of Budget and Management, but the list did not include former DepEd chief Leonor Briones.

At a press conference on Thursday, January 19, Senator Francis Tolentino, chairman of the blue ribbon commitee said that Briones may have ” unwittingly approved” the new parameters that increased the price and decreased the number of laptops to be procured under her agency then.

Pressed further by a reporter, “‘Yung (How about) legal liability?”

Tolentino said there was no evidence to pin down the erstwhile education chief.

“The mere mention here is in effect an admonition on the part of the blue ribbon directed to former Secretary Briones,” Tolentino said, referring to the Senate panel report.

The Senate panel has recommended filing of charges against the following:

The Senate panel has also recommended the recovery of P979 million, after the lawmakers found that the deal was way overpriced. Tolentino said that the Sandiganbayan will advise how the P979 million would be collected from the DepEd and the PS-DBM.

The recovered amount will be placed in the Special National Teachers Trust Fund to support the health and medical needs of public school teachers and the educational needs of their children.

When asked about the liability of the laptop suppliers, Tolentino did not give a direct answer but said it was included in the report. Rappler will update this story once we receive a copy of the Senate blue ribbon committee report. – Rappler.com