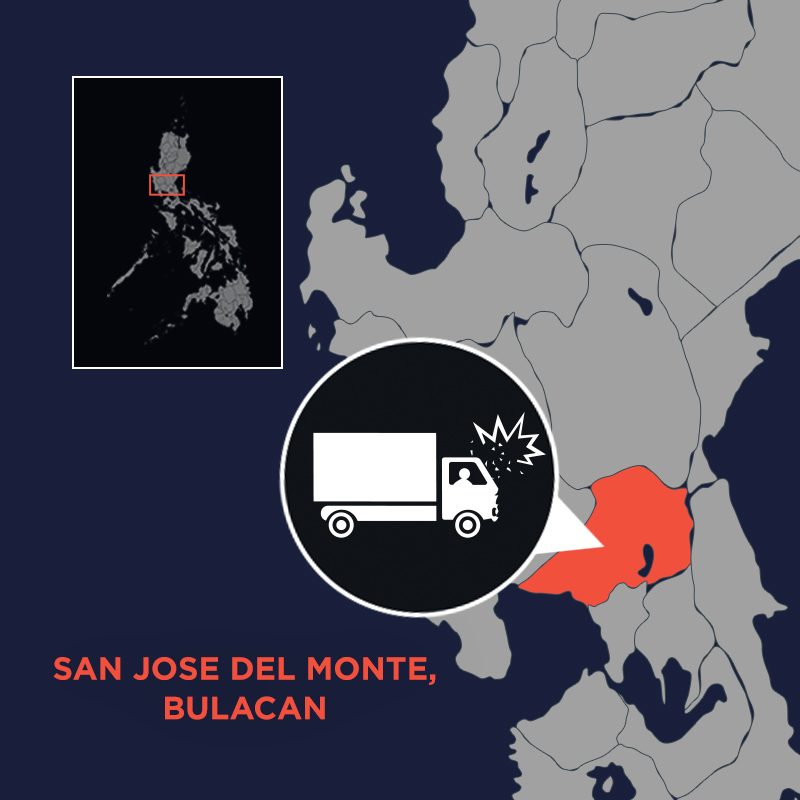 A dump truck of the San Jose del Monte city government in Bulacan plowed into a crowd who were getting their cash assistance outside the city hall on Tuesday, May 11, killing two people, including the driver.

City traffic chief Bobby Esquivel said that Gerona was a local government employee hired in 2018 but left in 2019 after suffering a stroke.

(He returned in March 2021 with a fit-to-work certificate. We hired him again.)

Five victims were brought to a nearby hospital, but one apparently was already dead, according to Esquivel.

Another person sustained critical injuries, while three others were already discharged after being treated for minor wounds.

Nearly 50 people were in a line to get their ‘ayuda‘ or financial assistance from the city hall when the incident happened on Tuesday morning, Malinao added. – Rappler.com