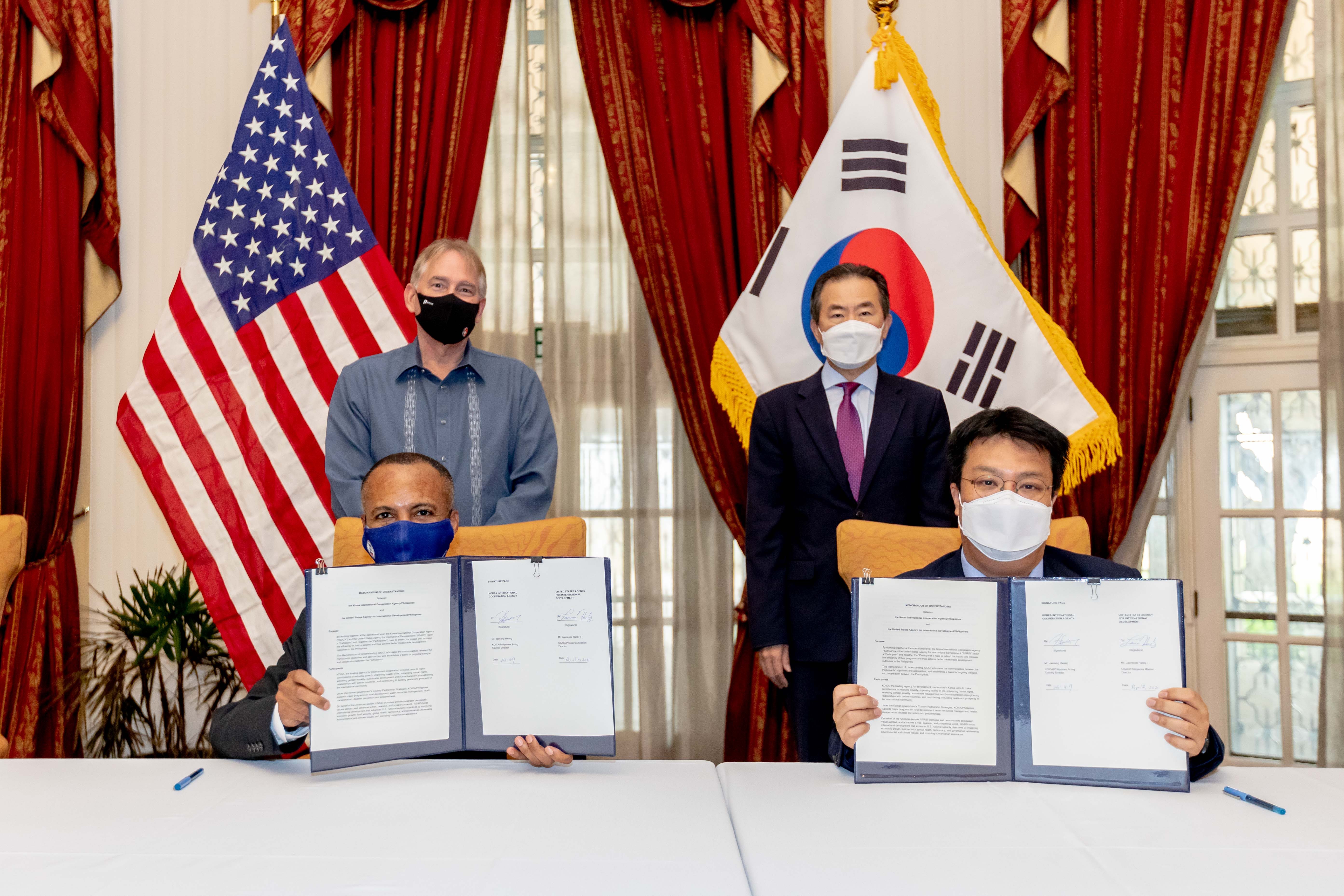 The United States and Republic of Korea have agreed to pursue development projects centered around climate resilience and marine protection in the Philippines.

The US embassy in Manila on Thursday, May 27, said that the two countries’ development agencies teamed up to carry out two programs in the Philippines, namely:

The two projects were among the results of a memorandum of understanding signed between the United States Agency for International Development (USAID) and the Korean International Cooperation Agency (KOICA) on April 7, 2021.

The agreement sees both countries commit to working together on projects that include “poverty reduction in rural areas, empowerment of women and girls, water resource management, community rehabilitation in Marawi, and climate resilience.”

Expanding cooperation between the US and Korea in Southeast Asia is among “key elements” of the two countries’ partnership and had been agreed upon during the recent Korea-US Summit held in Washington DC last May 21.

In an official statement, Korean Ambassador Inchul Kim said, “Korea is glad to strengthen its partnership with the US in the areas of development cooperation in the Philippines…. We will continue to work closely together in the Philippines to promote sustainable development in the bayanihan spirit, particularly in addressing challenges faced by Philippine cities and vulnerable communities amid rising climate change concerns, among others.”

US Embassy Chargé d’Affaires John Law said working with Korea is among efforts the US was taking to “support the Philippines in its journey to self-reliance.”

“For the past 75 years, the United States has been a strong friend, partner, and ally of the Philippine government in achieving its long-term vision of sustainable and inclusive growth for the Filipino people,” Law said.

Both Korea and the US are among the Philippines’ largest bilateral donors.

In the pandemic alone, the US has provided nearly P1.3 billion worth of assistance to the Philippines. – Rappler.com