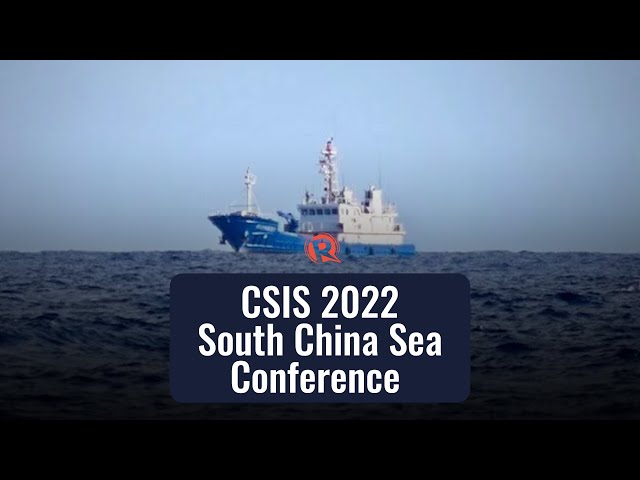 MANILA, Philippines – The Center for Strategic International Studies (CSIS) in Washington DC, United States will be holding its annual South China Sea Conference on Tuesday, July 26, with leading experts expected to provide in-depth assessments on the latest developments in the strategic waterway.

The gathering of speakers from the Philippines, key officials from the US, and around the Southeast Asia region will likewise feature analyses and discussions on “the state of play in the South China Sea, legal developments and dispute management, partnerships and force posture, and the role of the Quad, AUKUS (Australia, United Kingdom, US), and Europe,” the group said.

Speakers in this year’s conference include Ely Ratner, US Department of Defense Assistant Secretary of Defense for Indo-Pacific Security Affairs and Republican Representative Rob Wittman  who is vice ranking member of the US House Armed Services Committee, among others.

Watch the CSIS’ South China Sea conference here on Rappler on Thursday, July 28, at 10 am. – Rappler.com