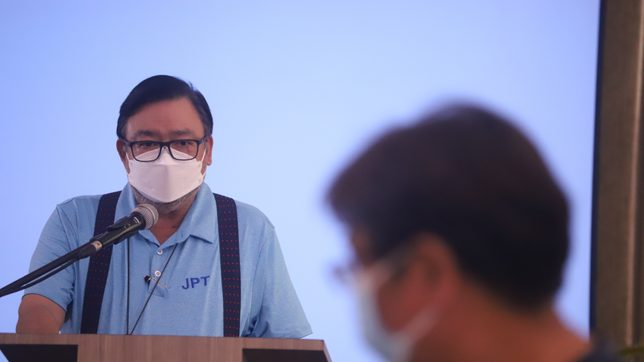 Iloilo City will lift border controls imposed during its two-week lockdow once it shifts to modified enhanced community quarantine on August 16.

Mayor Jerry Treñas made the announcement on Friday, August 13, after Malacanang bared the new quarantine classifications.

But he said authorities would still encourage that travel be limited to work, medical needs, and accessing government services.

Curfew in the city will be from 9 pm to 4 am, allowing longer business hours.

Public utility vehicles can operate at 100%, according to the mayor’s new executive order, but Treñas said he will encourage drivers and operators to stick to 50% capacity due to physical distancing needs.

Returning residents also need to present a negative RT-PCR test result taken at least three days prior to departure before getting their S-Pass from the city.

Religious gatherings will be limited to 10% capacity. The ban on public liquor consumption remains, and stores can sell alcoholic drinks only from 10 am to 6 pm.

Supplies will last until Tuesday, August 14, and the mayor said he has asked the national government to expedite deliveries.

The city government has also started processing its purchase of  P414 million worth AstraZeneca and Novavax vaccines.

The city’s total target is 50,000 jabs more than the population figure in the Department of Health (DOH) Western Visayas COVID-19 tracker. Treñas said the city government wants to serve metro workers who reside in other towns of Iloilo. – Inday Espina-Varona/Rappler.com