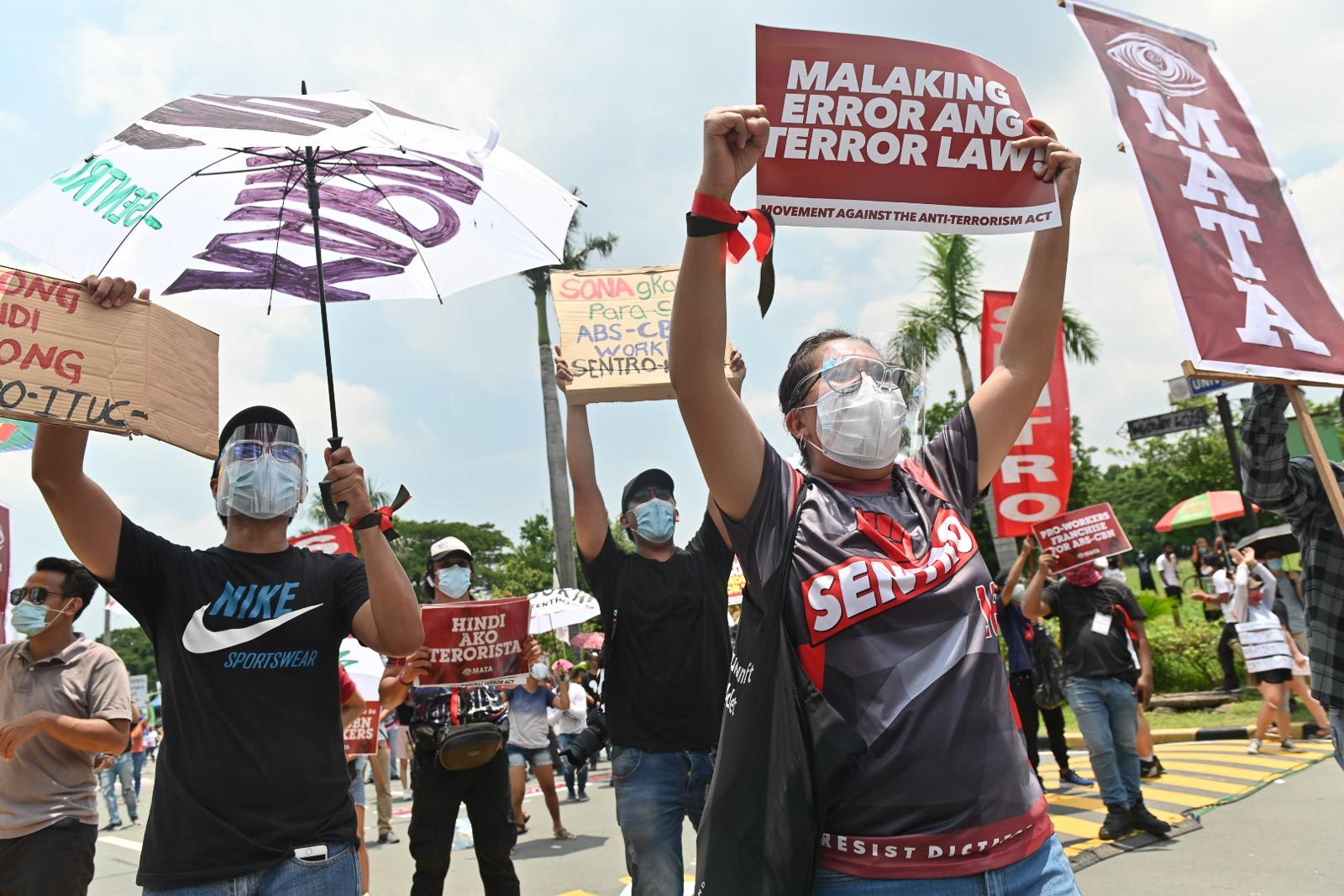 Facebook Twitter Copy URL
Copied
(UPDATED) A TRO does not predict the outcome of the main case. In the past, Supreme Court did not wait for oral arguments before issuing TRO

Chief Justice Diosdado Peralta had said that the sheer number of petitions made it difficult for the Supreme Court to schedule oral arguments on the anti-terror law, but should that prevent the en banc from issuing an injunction or a Temporary Restraining Order (TRO) to stop its implementation?

In 2012, the Supreme Court did not wait for oral arguments before it issued a TRO against the Cybercrime Law. Justices put out the TRO on October 2012, a month after the president signed the law. The High Court would not hold oral arguments on the 15 petitions until January 2013.

The Cybercrime Law is a good example because, like the anti-terror law, it was alleged that it infringed on the highly-protected freedom of speech.

If a law restricts speech, an immediate injunction is necessary, the Free Legal Assistance Group (FLAG) said citing two landmark cases of the Supreme Court: Chavez vs Gonzales that declared as unconstitutional the prior warnings on publishing the Hello Garci tape; and Diocese of Bacolod vs Comelec, which prohibited the poll body from removing Church tarpaulins branding pro-reproductive health candidates as “Team Patay.”

“This Honorable Court has repeatedly held that a law that restricts free speech on the basis of content is, in fact, presumed to be unconstitutional, and such presumption warrants the Supreme Court’s immediate issuance of a TRO to preserve sacrosanct constitutional rights,” FLAG said in a reiterative motion filed October 26.

FLAG represents journalists, constitutional framers and opposition lawmakers in one of the 37 petitions against the anti-terror law.

The Supreme Court en banc decided in its session on Tuesday, November 3, to hold a preliminary conference for petitioners on November 26.

TRO does not affect main case

Issuing a TRO does not mean that the Supreme Court will declare the law unconstitutional in the end, because in general principles, a denial or a grant of a TRO does not “predict” the outcome of the main case.

That’s what retired senior associate justice Antonio Carpio reminded his former colleagues in his own reiterative motion: “Its sole objective is to preserve the status quo until the merits of the case can be fully heard.”

But if the Supreme Court does not issue a TRO, Carpio and his co-petitioners said it may cause irreparable injury. 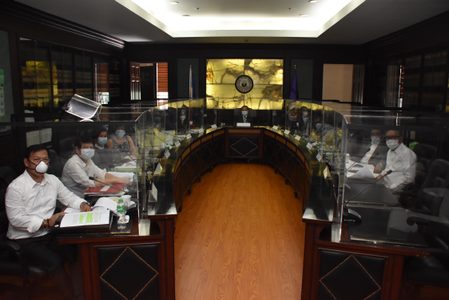 Also citing past Supreme Court cases, the Carpio motion said that all petitioners have to do to warrant an injunction is prove that there they are seeking a “clear remedy” to “prevent continuous irremediable injury.”

“Petitioners have demonstrated clear and irreparable injury: the grim reality remains that even before charges have been brought to the court, a Filipino shall have been chilled to silence for fear of warrantless arrest, detention for a maximum of 24 days without charges, designation as a terrorist, freezing of assets, and restrictions on movement,” said the Carpio motion.

In their own reiterative motion filed Friday, October 30, the progressive lawmaker bloc Makabayan said the recent intense red-tagging of the  NTF-ELCAC (National Task Force to End Local Communist Armed Conflict) has put many activists – and even celebrities with the faintest association to progressive groups – at risk.

“Their privacy is already being intruded into, and their political freedoms and the freedoms of the people they represent are under attack,” said Makabayan’s motion.

“Petitioners have to reiterate that at stake are the lives and freedoms not merely their own but of all Filipinos, and anything less than the staying hand of the Supreme Court could forestall serious damage,” their motion added.

Makabayan pleaded the justices: “(We) are being targeted under the patently unconstitutional Anti- Terrorism Act now, so (we) need injunctive relief now.”

The petitioners are filing reiterative motions in light of the issuance of the Implementing Rules and Regulations (IRR), which signaled the full-swing implementation of the feared law. (PODCAST: Law of Duterte Land: Deep dive into anti-terror law IRR)

Peralta said the en banc may be able to decide by mid-November when they can schedule the oral arguments. – Rappler.com