PROFILES: The men and women of the Comelec running the 2019 elections MANILA, Philippines – Days before the May 13 polls, the spotlight is now on the 7-member Commission on Elections (Comelec) that is tasked to honestly count our votes.

Who are the 7 members of the Comelec? What is their background? What is each of them assigned to do in this year’s elections?

Get to know all 7 Comelec commissioners through these brief profiles prepared by Rappler. 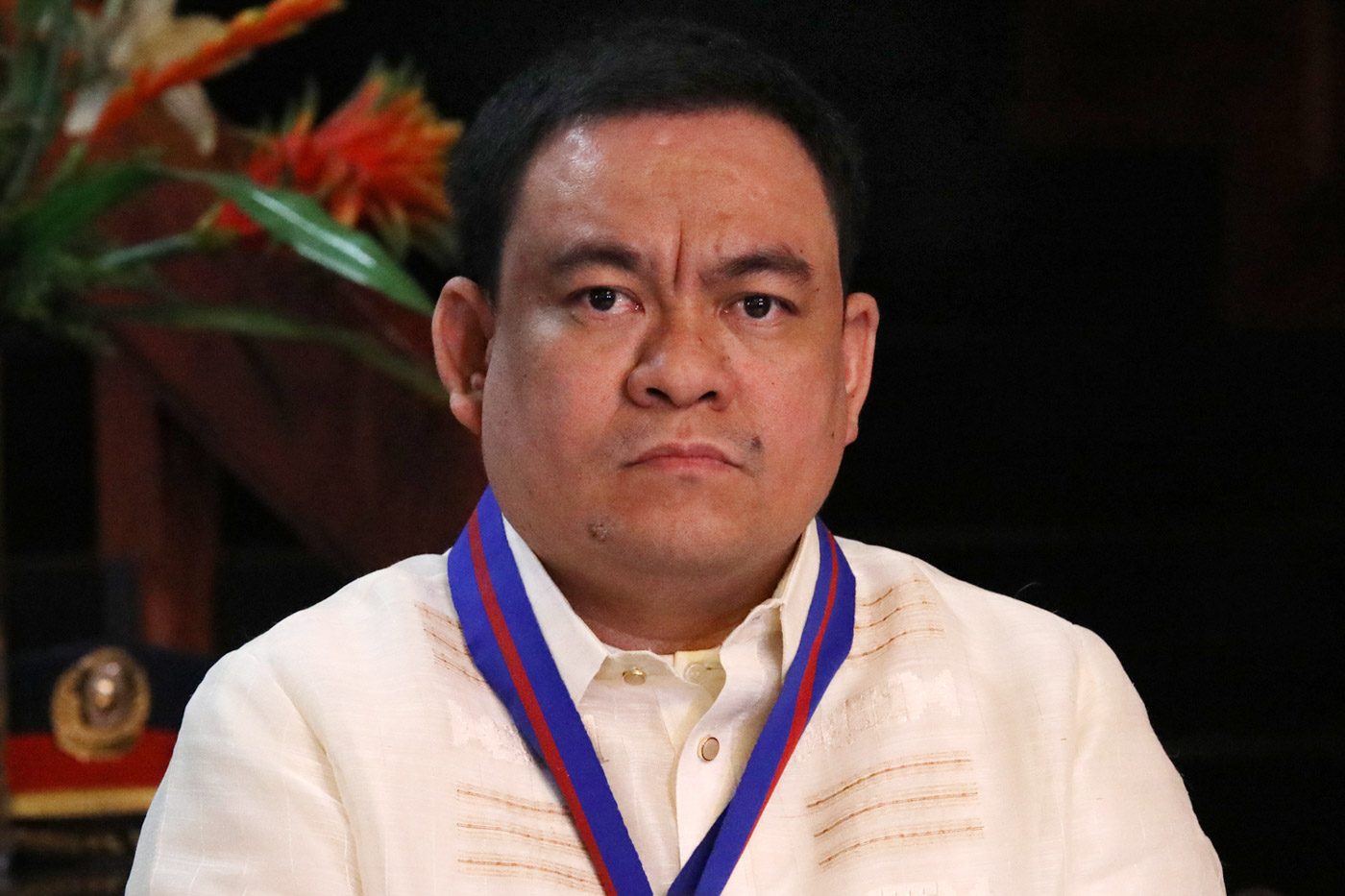 Sheriff Abas, who turns 40 on May 5, is a Comelec chair who broke many firsts: he is the first Muslim, the first from Mindanao, and the youngest individual to head the poll body. He is also the first Comelec commissioner to become Comelec chair.

Abas, in another rarity, is both an Aquino and Duterte appointee.

Abas now vows to make the May 13 elections credible, as he vouches for the credibility of the automated election system.

He cited the random manual audit (RMA) conducted after every election, a process in which auditors manually count election results and compare these with machine tallies in selected precincts. “It turned out, in the past elections, the accuracy of machine voting was always at 99.9%,” Abas said in Filipino in an earlier CNN Philippines interview.

For this year’s elections, Abas chairs the printing committee of the Comelec. Under him, the Comelec met its target of printing all 63,662,481 ballots on or before April 25.

Previously, in the 2016 elections, Abas headed the packing and shipping committee of the poll body, leading the deployment of more than 92,000 vote-counting machines, around 56 million ballots, and other election paraphernalia.

He also steered the 2019 barangay and Sangguniang Kabataan elections.

Born on May 5, 1979, he obtained his philosophy degree from Notre Dame University in Cotabato City in 1999, and obtained his law degree from the Ateneo de Davao University in 2004. Abas was previously acting assistant regional director of the Civil Service Commission in the Autonomous Region in Muslim Mindanao. Next to the elections chief, Marlon Casquejo is the most important Comelec commissioner in this year’s elections.

Casquejo is the steering committee head for the May 13 elections. This means he is the point person for matters that involve the upcoming automated polls.

Casquejo is well-equipped for this role. Before entering the Comelec, he served as election officer of Davao City’s first district, and also as Comelec assistant regional director for Davao Region. In a way, Casquejo fulfilled the dream of many Comelec employees: for a person from among their ranks to become commissioner.

The longtime Comelec field officer said he applied for the post of commissioner. “I was not expecting that I will be picked. I am just an ordinary field officer, and I just showed them what I can do on the field,” said Casquejo in an interview quoted by the Philippine News Agency.

Casquejo earlier said he is ready for the job of steering committee head.

“This is not something new to us from the field office because I have been doing this for many elections, twice manual elections and twice automated elections. So I will just give my inputs and the preparations with regards to the automation,” said Casquejo. Other than the poll body’s spokesperson, she is the face of the Comelec in this year’s elections. The outspoken Rowena Guanzon, a law professor women’s rights advocate, has been Comelec commissioner for the past 4 years.

Guanzon was named Comelec commissioner by then-president Benigno Aquino III on April 28, 2015. She was appointed alongside then-Comelec chair Andres Bautista and his successor, Sheriff Abas. Her Comelec term will expire on February 2, 2022.

For the 2019 elections, Guanzon is heading two crucial committees: voter education and overseas voting. She is also vice chair of the committee on the ban of firearms and security personnel.

Her fiery tweets have spared no one, including a candidate in Tarlac who recently slapped an election officer. “Ipakukulong kita (I will have you jailed),” she threatened the candidate on Twitter.

Before joining the Comelec, Guanzon served as commissioner of the Commission on Audit, and as professor at the University of the Philippines College of Law. A litigation lawyer, she is also known for advocating gender equality and laws on violence against women.

In 1986, then-president Corazon Aquino named her officer in charge and city mayor of Cadiz City, Negros Occidental. Guanzon was then 28. Later she was elected mayor of the same city, and served in this position from 1998 to 1992.

She holds a master in public administration degree from Harvard University, and degrees in law and economics from the University of the Philippines. She is a recipient of the UP Alumni Association’s outstanding alumna in gender equality and women empowerment award, and the Outstanding Sillimanian Award from Silliman University. 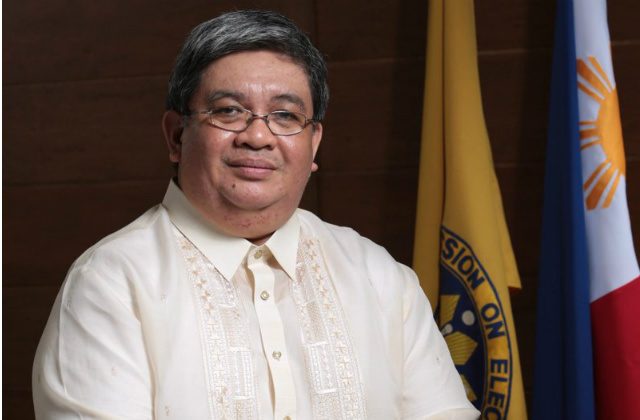 A veteran of elections, Commissioner Luie Guia is one of the senior commissioners of the poll body in terms of experience. Having been involved in elections as a member of both the Comelec and election watchdogs, Guia’s push for electoral reforms throughout his career has earned him praise from election experts.

It’s not surprising, then, that Guia has been juggling several tasks for the upcoming May polls.

Guia is also responsible for heading the body tasked with making sure indigenous peoples (IPs) get to participate and vote in the upcoming elections. In an interview with Rappler, Guia said activities here included conducting voters education sessions and setting up special precincts for IPs to vote.

So far, the Comelec has been able to prepare for IP voting in 8 provinces including Palawan, Bulacan, and the chartered city of General Santos, among others. Beyond the 2019 elections, Guia said he wanted a system to be in place and ready for implementation in succeeding elections. He is set to retire in February 2020.

Aside from this, Guia is also in charge of overseeing the random manual audit (RMA), which will commence two days after elections on May 13. The audit serves as a crucial check to the counting of votes and will involve collecting 715 random ballot boxes nationwide for the review.

The RMA, Guia added, will be responsible for checking for any “systemic issues” when it comes to counting votes. Most recent news involving the RMA included its observations on the voting threshold – a contentious issue questioned during the recount of votes for the 2016 vice presidential elections.

Guia also serves as the presiding officer of the Comelec’s second division, which is in charge of accrediting political parties and ruling on disqualification cases filed against candidates running in the 2019 elections.

For the May polls, Guia said the Comelec had to rule on some 300 disqualification cases filed nationwide. With less than two weeks before election day, Guia said the poll body is working to resolve “few” more cases left for decisions – among which were the more “complicated” ones filed before the Comelec.

Guia, who served as a staff member of former Comelec Chairman Christian Monsod from 1992 to 1995 and consultant to former Commissioner Regalado Maambong from 1996 to 1998, will count the 2019 elections as his last one as a Comelec commissioner. Kho, 52, who was appointed to the poll body in July 2018, is the newest of the Comelec’s commissioners. Kho took the spot vacated by Sheriff Abas when he was appointed Comelec chair.

Who is Kho? Prior to his stint in the poll body, Kho served as undersecretary in the Department of Justice under then-justice secretary Vitaliano Aguirre II. While in the justice department, Kho was given the task of leading a task force that was supposed to reinvestigate the Priority Development Assistance Fund (PDAF) scam.

As a newcomer in the commission, Kho’s election experience is more limited compared to that of his peers in the poll body.

But despite being in the Comelec for less than a year, Kho was part of the committee that oversaw the conduct of the Bangsamoro plebiscite in January and February 2019. The historic plebiscite saw over two million residents from the former ARMM participate in the vote to ratify the Bangsamoro Organic Law.

For the upcoming May polls also heads the committee detainee voting.

Kho, who hails from Jolo, Sulu, earned his law degree from the San Beda College of Law in 1991. His term at the Comelec is set to expire on February 2, 2022.

The newest one among the bunch, will Kho step up to ensure a clean and well run midterm elections? Parreño first turned heads at the Comelec when then-president Benigno Aquino III appointed him to the commission in April 2013. Regarded as an “outsider” at the time, Parreño brought a curious mix of training as both a lawyer and information technology (IT) expert to the poll body.

Unlike his peers, Parreño’s law experience veered towards issues which gave him expertise in litigation involving cyberlaw, intellectual property, and IT, among others. One of the key points of his career was when he served as ePLDT’s legal counsel from 2005 to 2006.

Aside from this, Parreño had also worked on human rights cases while at the Villaraza & Angcangco Law Offices, founded by Supreme Court Senior Associate Justice Antonio Carpio and Arthur Villaraza. In 2011, Parreño cofounded the Diaz, Parreño and Caringal Law Offices, with former colleagues from what was then known as “The Firm.”

Parreño finished business and law at the University of the Philippines.

Prior to his stint at the Comelec, Parreño served as a board member of the Land Transportation Franchising and Regulatory Board (LTFRB), which is a quasijudicial body like the Comelec.

Despite this, minor controversy hounded Parreño’s appointment as questions were raised about his lack of experience needed to become a Comelec commissioner. The Constitution requires the Comelec to be composed mostly of lawyers with at least 10 years of experience. Parreño only had 9 at the time.

Nevertheless, Parreño has proven he could run – and keep up with his peers. Since his appointment in 2013, he helped mount two successful automated elections in 2013 and 2016 as well as other manual elections in between.

For the upcoming 2019 midterm elections, Parreño is in charge of overseeing the voting of persons with disabilities and senior citizens. He also chairs the poll body’s committee on the ban on firearms and security personnel. One of the newest elect commissioners, Socorro Inting entered the Comelec with 20 years of experience in the judiciary.

Inting also worked as prosecutor for 6 years and as public attorney for 7 years, according to her profile on the Comelec website.

Inting has other relatives in government. Her younger brother, Henri Jean Paul Inting, is a justice at the Court of Appeals, while her daughter, Niña Maria Socorro Inting, is a public attorney at the Muntinlupa district office of the Public Attorney’s Office.

When she took her oath as Comelec commissioner in May 2018, Inting admitted: “To be honest, election law is alien to me, so I really need to study….So I beg of you, commissioners, to bear with me. But don’t worry, I am a fast learner.”

Inting now chairs the Comelec’s gender and development focal point system. She is also part of the Comelec’s Second Division, which is handling cases such as the one involving Alan Peter and Lani Cayetano. – Rappler.com