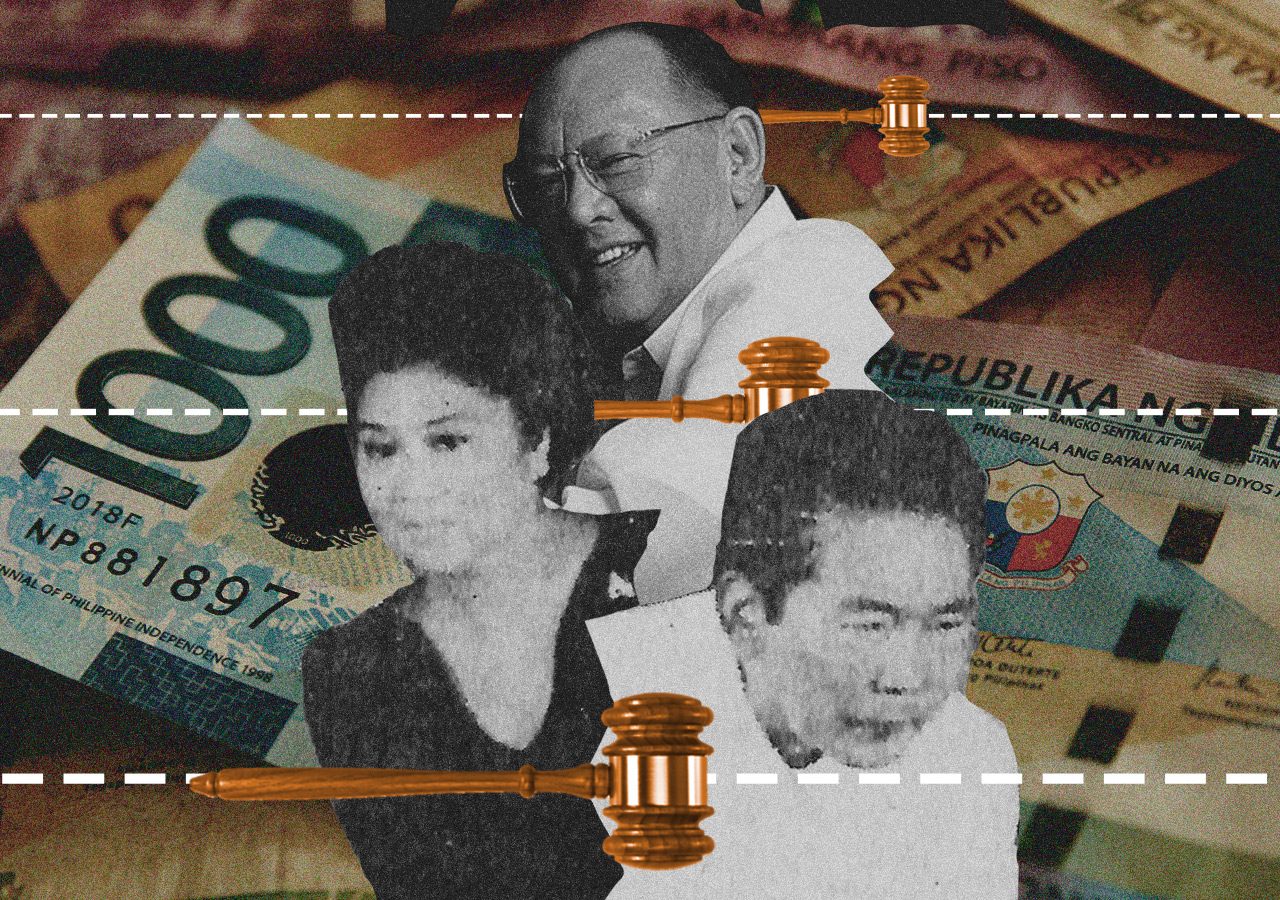 Facebook Twitter Copy URL
Copied
One case was reopened for the submission of evidence by the President and his sisters, but they did not show up in court
Data VisualizationDylan Salcedo

MANILA, Philippines – If President Ferdinand “Bongbong” Marcos Jr. and his government need more funds to fulfill the promise of revitalizing the economy post-pandemic, there are billions of pesos that could be recovered from him and his family in pending ill-gotten wealth cases before the anti-graft court Sandiganbayan.

A dataset provided to Rappler by the Sandiganbayan, through a Freedom of Information (FOI) request, shows eight pending civil cases involving Marcos’ father, the late dictator, his mother Imelda, and uncles from the Romualdez side.

There are a dozen other respondents who remain in civil cases where co-respondents have died, like the dictator and Imelda’s brother, the late Leyte governor Benjamin “Kokoy” Romualdez.

Marcos Jr., his sisters Senator Imee Marcos and Irene Marcos Araneta, are substitutes for their late father in Case No. 0014 PCGG-15, a case involving the dictator’s business associates who allegedly acted as dummies to get government loans “on liberal terms for their financial interests.”

This was the 35-year-old case where the Sandiganbayan reopened submission of evidence by the President and his sisters, but the siblings did not show up in court in September. The court considered that a waiver of their right to submit evidence. The case is now up for decision.

Check out this chart for details on the pending cases and what the money from those can fund.

The Sandiganbayan’s dataset shows uniform amounts for the cases, P51 billion each for six, and P102 billion each for the two. Ruben Carranza, former commissioner of the Presidential Commission on Good Government (PCGG), the agency tasked to recover Marcos stolen wealth, but which is now threatened with abolition, said the uniform amounts are damages.

“[The dataset] also does not include the forfeiture cases arising from the original Civil Case 141 (Swiss bank accounts) and the outcomes of the motions for partial summary judgment that I initiated in 2004 that later would cover the jewelry sets and then the paintings. These should be considered pending by the Sandiganbayan,” Carranza told Rappler.

Carranza explained these cases are pending execution, or actual collection.