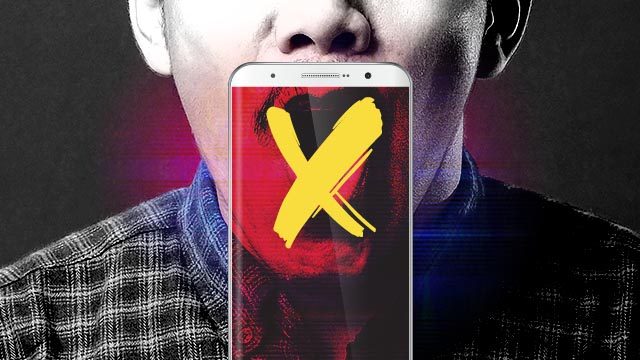 Facebook Twitter Copy URL
Copied
Like what a number of Southeast Asian countries have done, Vietnam takes advantage of public clamor for fighting fake news about COVID-19 to ratchet up state control on the flow of information on other aspects of public life

HANOI, Vietnam – “Does it make any difference to vote or not to vote, guys? They have already arranged it all…”

It was a comment that social media users in other countries would commonly find in comments sections or in chat groups about their elections – and which they would engage, dismiss, or ignore altogether.

But for posting that, Nguyễn Huy Hùng, 38, was fined by the inspector of the Department of Information and Communications of Hanoi on March 29, 2021.

This was, after all, Vietnam, where an anti-fake news law took effect at the height of the pandemic in 2020, supposedly to combat disinformation and misinformation about COVID-19. In fact, that law was used by the government against what it considered online and offline “disrupters” to the parliamentary elections of 2021.

The story of Hùng’s fine was not reported in the state-run media. With that single comment in his group chat on Zalo, a Vietnamese version of Whatsapp, he was deemed to have circulated untruths about the elections and therefore violated the decree that superseded the then-seven-year-old internet regulation law, Decree 72/2013/NĐ-CP.

“This decree provides yet another potent weapon in the Vietnamese authorities’ arsenal of online repression,” Tanya O’Carroll, director of technology at Amnesty International, told Reuters in April 2020. “It contains a raft of provisions that blatantly violate Vietnam’s international human rights obligations.”

Since the internet entered Vietnam in 1997, it has provided a functioning, though fragile, space for dissenting voices to emerge. However, the government has increasingly attempted to put the cybersphere under its control. Facebook and YouTube have been pressured to restrict or take down content deemed harmful by the authorities, for example.

Then during the pandemic – like what a number of Southeast Asian countries had done – Vietnam took advantage of public clamor for fighting fake news about COVID-19 to ratchet up state control on the flow of information on other aspects of public life.

The Central Propaganda Department of the Communist Party of Vietnam (CPV) and the Ministry of Information and Communications are at the helm of this anti-disinformation campaign. Under them are around 1,000 print and electronic newspapers, over 90 radio stations, about 200 TV stations, and press associations.

Article 101 of the law stipulates a fine of 10 million to 20 million Vietnamese dong – the equivalent to three to six months of basic salary in Vietnam – for the following offenses:

The government even created a portal specializing in fighting fake news.

Yet there is no independent agency that helps decide what is fake news.

The Vietnam Anti-Fake News Center has, to date, been the largest-scale top-down initiative in correcting false or wrong information in the country. It does so by adapting its fact-checking method to the realities of a media environment where news organizations come under the state.

According to Minh Le, vice president of the Vietnam News Agency, Vietnam has not had independent and professional fact-checking organizations similar to those found in other countries.

The center works under the Authority of Broadcasting & Electronic Information of Vietnam, which falls under the Ministry of Information and Communications. The center’s website categorizes the false information under eight topics, from policy and law to disasters and epidemics. These topics remain unelaborated, however.

Constitutionally, Vietnam claims to recognize freedom of expression. Nevertheless, the media is controlled by the party-state, and the unwritten rule is for top leaders of media outlets to be members of the Communist Party.

‘Free’ election a disinformation in itself

The 2021 National Assembly polls was the first in Vietnam after the government had issued the anti-fake news decree. During the election season in the United States, where losing presidential candidate Donald Trump cried fraud, various state-controlled media in Vietnam juxtaposed the supposedly failed US exercise with what they characterized as fair and free elections in Vietnam. In 2021, the government boasted of a 99% turnout in the National Assembly elections for which it spent  1,500 billion Vietnamese dong or $66 million.

Yet, Vietnam scored 18 out of 100 in Freedom House’s Election Vulnerability Index, with 100 being most free.

What really happened was, according to the newly published book United Front: Projecting Solidarity through Deliberation in Vietnam’s Single-Party Legislature by professor Paul Schuler, the Vietnamese people were merely “mobilized” rather than motivated to exercise their suffrage right. The impression people get is that the communist party will ensure its nominees win, no matter whom the people prefer, but the people’s showing up at the polls is needed to legitimize those victories.

This explains netizen Hùng’s chat group comment that got him into trouble.

Since taking power in 1945 and holding the first presidential election in 1946, the CPV has been claiming to ensure universal suffrage rights. The head of the National Election Council, tasked with monitoring the election, is a member of the Politburo.

The government and local media outlets have created a hype over the fact that the communist party’s candidates always win in traditionally high-turnout polls – “the Party nominating, the people electing,” as the CPV’s slogan goes.

To them, this shows the  electorate’s supposed absolute consensus in choosing their leaders in every election, a testimony to national solidarity, a consolidation of the people’s confidence in the state and in the CPV.

The state continues its attempt at giving the National Assembly elections a semblance of broader participation and representation. It allows non-party members and self-nominees to run for legislative seats.

Yet, the so-called independent candidates still have to be affiliated with the Party in some way. In principle, while any eligible candidate can stand for election, their candidacy is vetted by an opaque process supervised by the Vietnam Fatherland Front, an extended arm of the CPV.

Even the structure of the representation of key groups, such as ethnic minorities and women, is already determined by the Party, giving the impression that the Party pursues diversity and inclusion. For example, there are 151 female deputies out of 499 deputies elected to the 15th National Assembly, accounting for 30.26%. Of these 151 women, 12 are staff members of the Vietnam Women Union, the state-sponsored mass organization in charge of women empowerment. The notion of representation is more nominal than factual. A candidate might represent a province that they have never lived or worked in.

Mu Sochua, a board member of ASEAN Parliamentarians for Human Rights, described the 2021 National Assembly vote as “a futile gesture.”

A former Cambodian Member of Parliament, she wrote for The Diplomat in May 2021, a few days before the elections in Vietnam: “The May 23 election is designed to affix a rubber stamp to the Vietnamese Communist Party’s monopoly on political power.”

The crackdown under the anti-fake news decree targeted those who called for free elections and the non-party candidates whom the state purported to encourage to participate in the elections.

Seven months before the elections, prominent activist Phạm Đoan Trang was arrested after publishing a well-known book on politics for lay people, which emphasized the importance of a pluralistic political system. Trang was held incommunicado for a year, before being sentenced to nine years of imprisonment for disseminating what was considered anti-state propaganda.

Two months before the elections, Lê Trọng Hùng was arrested for alleged violation of Article 117 of Vietnam’s penal code. He was one of a few self-nominees in the 2021 parliamentary elections.

For spending his own money purchasing and circulating copies of the Constitution to the Vietnamese people, he was considered guilty of “creating, storing, and disseminating information, documents, items, and publications opposing the Socialist Republic of Vietnam.” On December 31, 2021, he was sentenced to five years of imprisonment and five years of house arrest.

His real “crime,” however, was that, in his independent campaign for a legislative seat, he spoke of spurring change from within the National Assembly to make it more professional and mature. He pushed for a movement that would promote adherence to the constitution and for founding a constitutional court. – Rappler.com

This article, produced under the #FactsMatter Fellowship program, was written by a Hanoi-based development researcher. The author preferred to remain anonymous due to security risks in their country.

Read the other stories by #FactsFirst fellows: