Actress Angel Locsin formally announced she is running for senator under the Liberal Party in the next elections.

A video uploaded by YouTube channel Summit Media Philippines on Friday, September 25, contained this claim. Claim Check, Facebook’s monitoring tool, flagged the video for fact checkers to verify after it was reported at least 15 times for containing false information.

As of writing, the video had 4,819 views on YouTube. CrowdTangle data also showed that it had accumulated 13,423 engagements on Facebook. 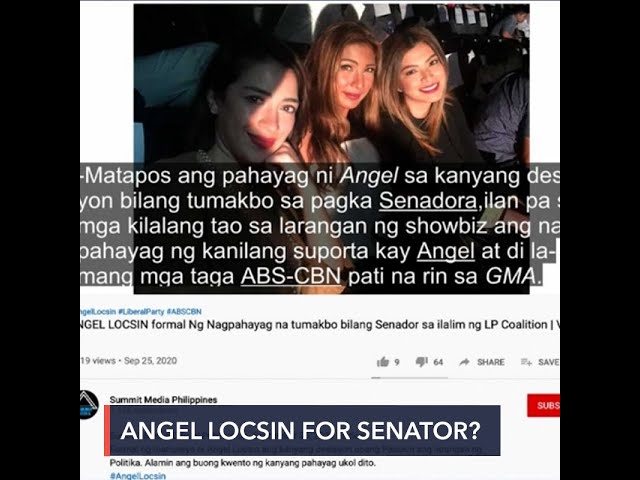 The actress has not made any official announcement about running for the next senatorial elections.

In May, Locsin said she has no plans of running for public office.

Summit Media does not have a YouTube channel under the company name, but it runs several channels using the names of its brands. – Pauline Macaraeg/Rappler.com