Website gmakmjs.xyz falsely claimed that GMA News aired CCTV footage of Pez Raymundo, the woman in the viral lugaw incident in Bulacan, being shot in the head. 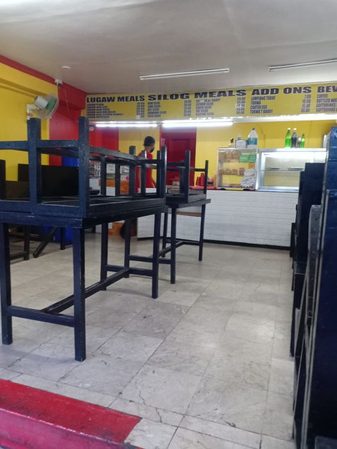 The website’s page did not have a publication date, but Claim Check, Facebook’s monitoring tool that identifies potentially false or misleading posts, said the link was first shared on Facebook on Saturday, April 3.

Claim Check also flagged a post by Facebook page “Daily Scoop,” which contained the same claim. The page cited GMA News as its source, and provided a link to gmakmjs.xyz. It then redirects to another website with domain trendp0rtal.xyz.

When clicked, the video embedded in trendp0rtal.xyz showed what looked like a clip of Balitanghali, GMA Network’s noontime news program. It only played for a few seconds then stopped to ask the reader to “uncover” the rest of the clip by sharing the website link using their own profile accounts.

The posts by both the website and the Facebook page said, “CCTV footage: Phez Raymundo lugaw queen pinag-babaril sa ulo (rice porridge queen, shot in the head).” Claim Check data showed the links had combined views of over 67,600 as of writing.

This is false. The video embedded in the website is not related to the incident involving Raymundo. The website gmakmjs.xyz is fake and is only posing as GMA News. There are also no reports from GMA News, or any legitimate news organization, about the supposed incident.

The clip used by the website was from a 2018 report about an alleged drug user who was shot by police after he ran amok in Mapulang Lupa, Valenzuela City. The original video was uploaded by the verified YouTube account of GMA News on April 6, 2018 – almost 3 years before the commotion involving Raymundo took place in Barangay Muzon in San Jose del Monte City, Bulacan.

On Friday, April 2, Raymundo and other barangay officials involved in the controversy issued a public apology in a video posted on the Facebook page of Barangay Muzon. – Pauline Macaraeg/Rappler.com