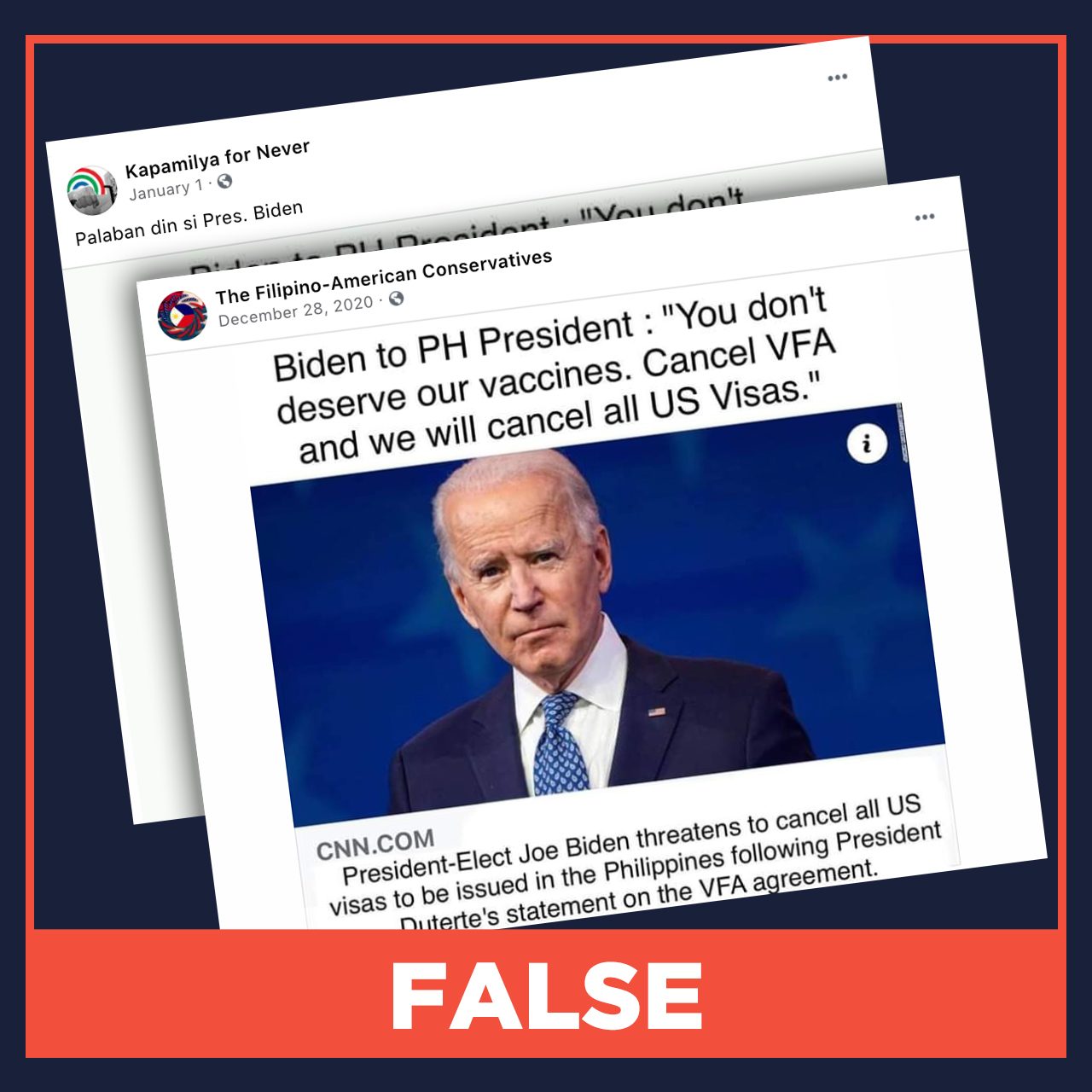 The photo read, “Biden to PH President: ‘You don’t deserve our vaccines. Cancel VFA and we will cancel all US Visas.'”

It also includes text that says, “President-Elect Joe Biden threatens to cancel all US visas to be issued in the Philippines following President Duterte’s statement on the VFA agreement,” making it appear that it came from CNN.com.

As spotted through social media monitoring tool CrowdTangle and on Facebook, this claim had already been circulating since December 2020. On December 26, Duterte said that if the US fails to deliver at least 20 million vaccines, US soldiers will not be allowed to stay. (READ: Duterte dangles VFA for US-made vaccine: ‘No vaccine, get out’)

In February, a Rappler reader emailed the photo for verification. Duterte told the US on February 12 that if it wants the VFA to continue, it would “have to pay.”

The claim about the canceled visas is false.

Rappler found no statements, reports, audio, or video that prove Biden said this. There are also no reports published by CNN that confirm it.

On February 11, the Philippines and the US started talks on the future of the VFA. Prior to this, Philippine Foreign Secretary Teodoro Locsin Jr and Defense Secretary Delfin Lorenzana had both spoken with their counterparts in the Biden administration, US Secretary of State Antony Blinken and Defense Secretary Lloyd Austin III, tackling key points of the two countries’ defense alliance. (READ: Philippines, US start talks on VFA fate)

Both countries have until August 2021 to finalize a new deal. – Loreben Tuquero/Rappler.com