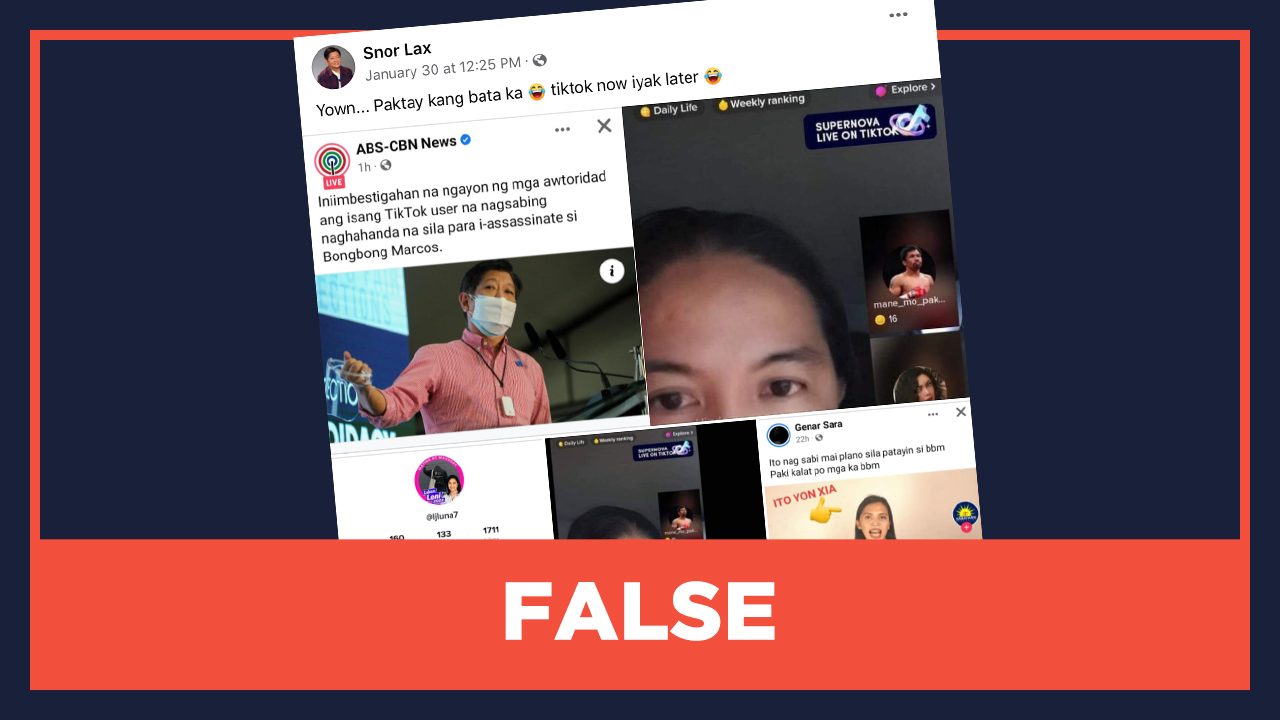 Facebook user “Snor Lax” shared a screenshot of a TikTok video by username @joiedevivre420, and claimed that another TikTok user, @ljluna7, made a comment, revealing an assassination plot against presidential aspirant Ferdinand “Bongbong” Marcos Jr.

According to “Snor Lax,” the person behind @ljluna7 was Kabataan Partylist’s third nominee in the 2022 elections, Jandeil Roperos.

The claim that Roperos is the person behind the comment under Tiktok user @ljluna7 is false.

Roperos posted a video on her actual TikTok account, denying the link and accusation.

(I don’t have anything to do with that, and neither does Kabataan Partylist. For 20 years, the plot that Kabataan Partylist had launched was to fight for the free education law, oppose mandatory ROTC, push for the safe resumption of physical classes, and many others.)

(Hopefully all who violate the law will be held accountable, show up and face the public in a fair manner, cooperate in investigations, pay the proper tax, and return stolen wealth.)

Joann Manabat is a Luzon-based journalist and an awardee of the Aries Rufo Journalism Fellowship. This fact check was reviewed by a member of Rappler’s research team and a senior editor.