FALSE: 1Sambayan releases presidential survey with Robredo in the lead 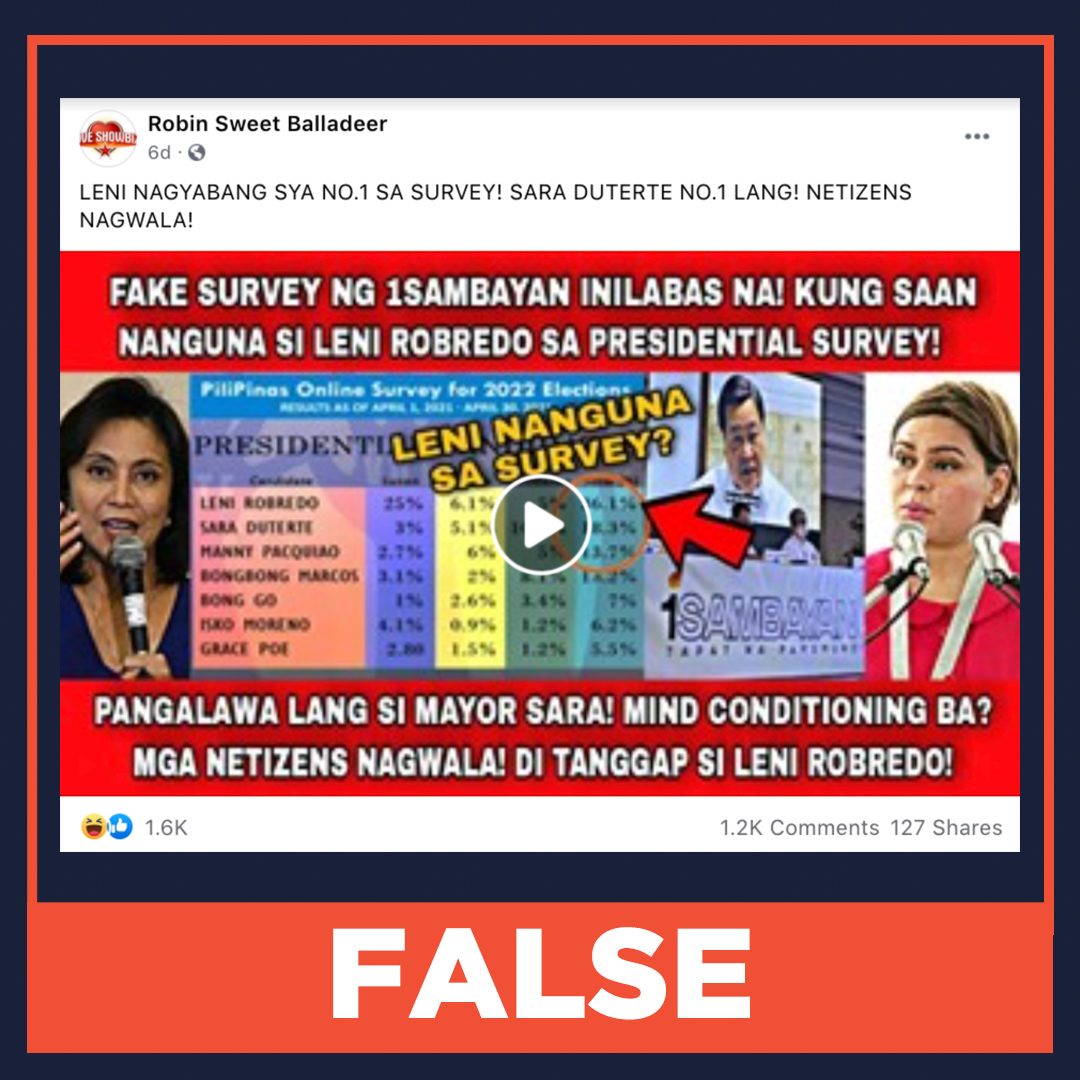 Facebook Twitter Copy URL
Copied
The online presidential survey shown in the video was conducted by Pilipinas2022.ph, which is not affiliated with 1Sambayan.

The online presidential survey shown in the video published on May 27, 2021, was a survey conducted by Pilipinas2022.ph, which is not affiliated with 1Sambayan. The tallied result shows Robredo topping the list, as of May 2021.

The Commission on Elections warns the public about online surveys, including the Pilipinas2022.ph website, asking for personal information.

Pilipinas2022.ph previously said it did not “intend to disclose the individuals behind this company to avoid threats from the outside.”

1Sambayan has no affiliation with the said website. Convenor and lawyer Howard Calleja told Rappler on Wednesday, June 2, “We didn’t release any survey and we are not in [any way] connected with [Pilipinas2022.ph].”

Moreover, Robredo didn’t release any statement about this matter.

The 1Sambayan coalition was launched in March 2021 by opposition groups to rally against the Duterte regime. The coalition stated that they would only hold an online voting poll following the release of their nominees on Independence Day, June 12, for the upcoming 2022 elections. The public will have the opportunity to choose the opposition candidate whom 1Sambayan will endorse.

“We are however reminding our members and the public that we will launch an online selection app to choose [the] President, Vice President, and senators on June 12, and that the result of this online process will be part of other data sets to be considered in making our choice,” said Calleja.

As of writing, the video uploaded on YouTube has been taken down by “Robin Sweet Showbiz.” However, the Facebook post is still accessible to the public. Rappler has previously fact-checked the YouTube channel “Robin Sweet Showbiz.” (READ: FALSE: 6 senators to be sued for treason for defunding NTF-ELCAC) – Nicole Anne Perez/Rappler.com