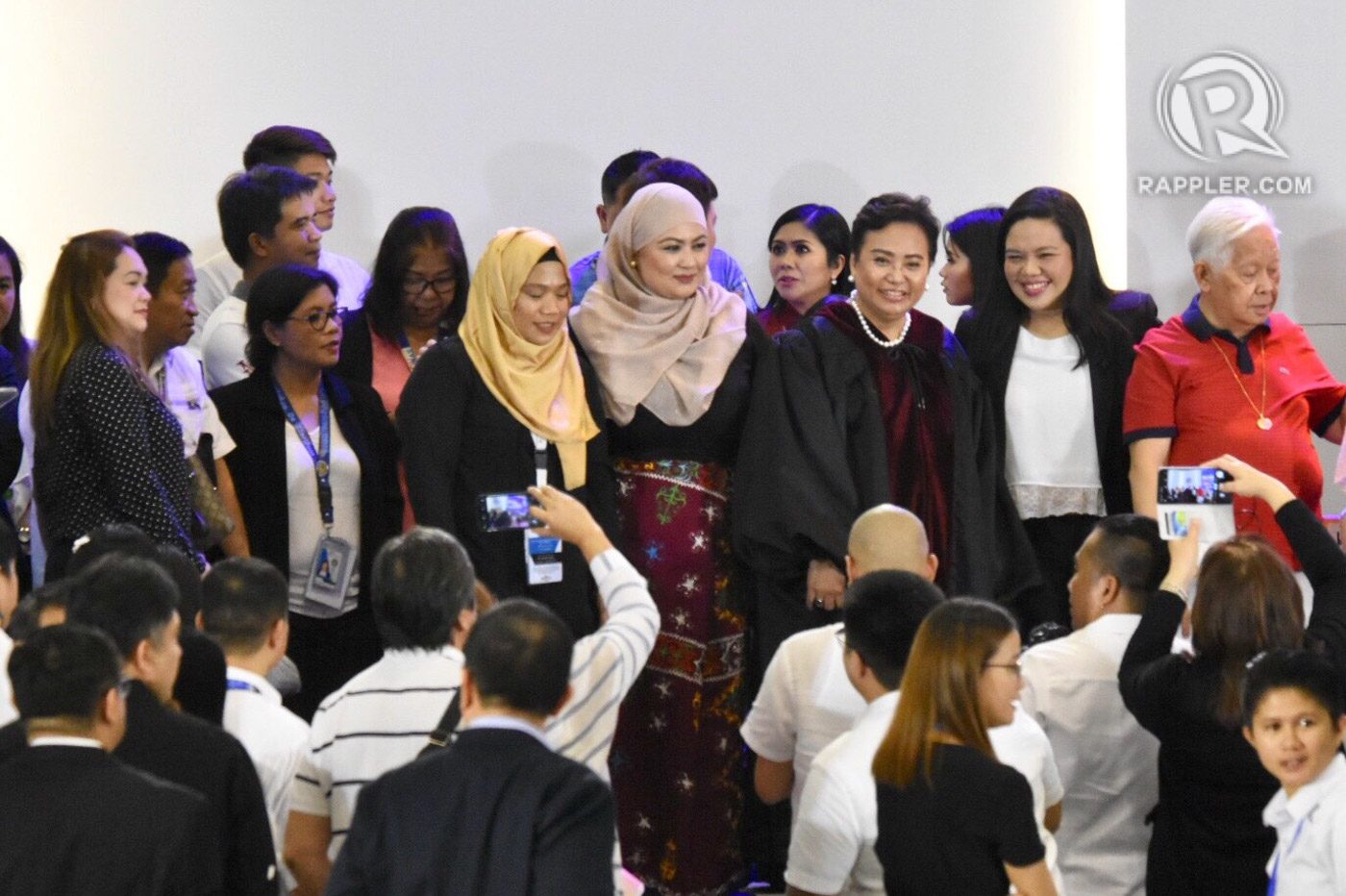 Facebook Twitter Copy URL
Copied
An independent voice in the Comelec, Commissioner Rowena Guanzon is a fierce advocate of women's rights and rarely shies from speaking out – even against President Duterte

MANILA, Philippines – The Commission on Elections (Comelec) is once again in the spotlight, this time over the controversial case of Duterte Youth chairman Ronald Cardema’s winding attempts to sit in Congress.

His most outspoken critic is none other than poll commissioner Rowena Guanzon whose biting comments against Cardema have left the two locked in a word war that has grabbed the public’s attention.

From fiery media interviews to stinging tweets, Guanzon has shown she won’t back down from pointing out the ineligibility of Cardema to sit as youth representative in the House of Representatives. (READ: Stretching the rules: Duterte Youth’s bid for Congress)

Guanzon’s fiery rhetoric is matched by her decisions against Duterte Youth and Cardema. As part of the Comelec’s 1st Division, Guanzon voted to cancel Cardema’s nomination as he was found to breach the age limit required to sit as a youth representative in Congress. She was also the lone dissenter in the Comelec’s decision to give due course to Cardema’s last-minute substitution bid, which, she said, was a “mockery of democracy.”

before it was death threats, now extortion. Ano sunod, impeachment? All intimidation tactics to coerce me to reverse my vote. Again, friendly advise, study your case and get a good lawyer. But u can't change your date of birth.

While Cardema is the latest to be singled out by Guanzon, the poll commissioner’s biting remarks have spared no one – including President Rodrigo Duterte. Guanzon’s headstrong nature is also displayed in the position she’s taken on controversial issues and her advocacies that have charted the course of her career.

An independent voice in the Comelec since she was appointed in 2015, Guanzon has clashed with many individuals in the past, including Duterte, former poll chairman Andres Bautista, Senator Grace Poe, the Comelec’s infamous hackers, and supplier Smartmatic.

In the run-up to the 2016 presidential elections, Guanzon was again the only person in the 7-member Comelec en banc who voted not to accept Duterte’s petition to substitute PDP-Laban member Martin Diño who filed a certificate of candidacy (COC) to run for president.

At the time, Guanzon said this was due to a pending case against Duterte filed by broadcaster Ruben Castor. Castor requested the Comelec to declare the COC of Diño, who Duterte eventually substituted, as null and void because of an error: the COC indicated he was running for mayor of Pasay City. (READ: Duterte hits Comelec’s Guanzon for ‘palpable bias’)

This prompted Bautista to disown the comment filed by Guanzon and to issue a memo ordering her and the poll body’s Law Department to explain the filing. (READ: Election officials mend ties after public feud)

Challenged, Guanzon said, “I must emphasize that as a Commissioner, I am not a subordinate or employee of Chair Bautista and he has no administrative supervision or control over me.” Guanzon was also among all 6 Comelec commissioners who issued a memo criticizing Bautista for his supposed “failed leadership” of the poll body.

Apart from this, Guanzon made headlines for scolding Smartmatic officials and hackers who leaked voters’ data mere weeks away from the 2016 elections.

Even before her appointment to the poll body, Guanzon earned the ire of former opposition party United Nationalist Alliance (UNA), which claimed in 2015 that the then-ruling Liberal Party might use Guanzon to ensure the victory of Interior Secretary Manuel Roxas II, then LP’s presumed presidential bet, in the 2016 elections.

This was because UNA said Guanzon “pressured” state auditors to investigate Roxas’ rival and UNA’s presidential candidate, then-vice president Jejomar Binay, over an allegedly overpriced housing project during her stint in the Commission on Audit (COA). Guanzon denied this.

Apart from her role as a Comelec commissioner, Guanzon is known as a long-time women’s rights lawyer and trailblazer in the field of gender equality and laws on violence against women.

A co-founder of the Gender Justice Network, Guanzon was among the group composed of women-lawyers providing free counsel to abused women. She brands herself on Twitter as an advocate of women’s empowerment in politics, and has carried her passion for womens’ rights in all the government positions she’s held.

Before joining the Comelec, Guanzon first joined government under the Philippines’ first female president, Corazon Aquino. In 1986, Aquino named her officer in charge and city mayor of Cadiz City, Negros Occidental. Guanzon was then 28. She was later elected mayor of the same city in 1988*, and served in this position until 1992. 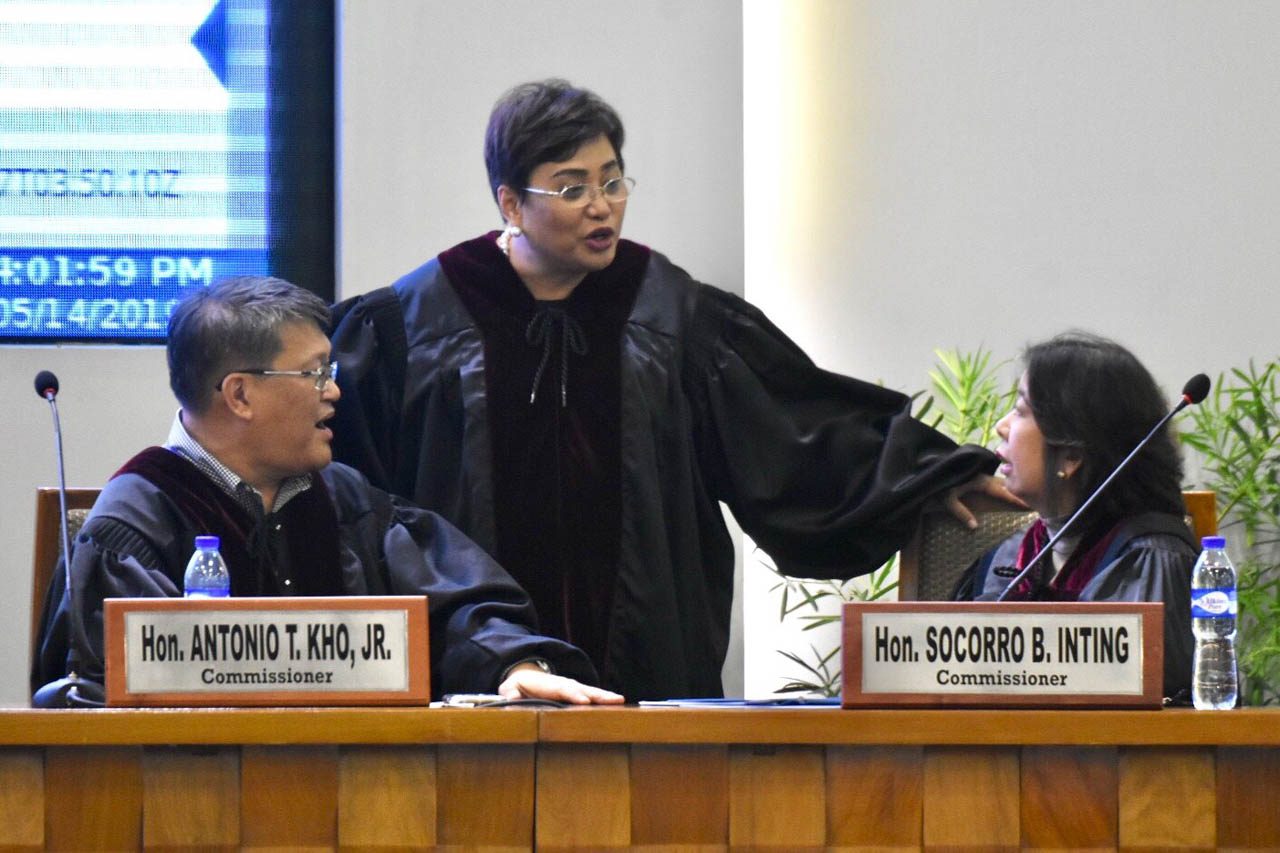 Later on in 2013, Guanzon served as a commissioner in COA, making for an all-women-led commission. Upon taking her oath before former Supreme Court chief justice Maria Lourdes Sereno, Guanzon vowed to prioritize monitoring the utilization of gender and development budgets in different government agencies.

As Comelec commissioner, Guanzon has also pushed for increasing women’s representation in politics.

In between her stints in COA and the Comelec, Guanzon in 2014 likewise set her sights on the Supreme Court, applying for a seat in the country’s highest court.

During public interviews with the Judicial and Bar Council, Guanzon declared, “For women’s rights advocates like me, the personal is the political,” referring to the prominent feminist argument and slogan.

True to form, Guanzon – as head of the Comelec’s gender and development committee – did not shy away from lambasting Duterte’s joke about the rape and murder of an Australian missionary during the campaign period for the 2016 presidential elections.

Backed by poll figures that showed there were more women voters than men at the time, Guanzon said, “That’s 27.9 million women voters who can be raped. And Rodrigo Duterte, a presidential candidate, makes a disgusting ‘joke’ about it.” 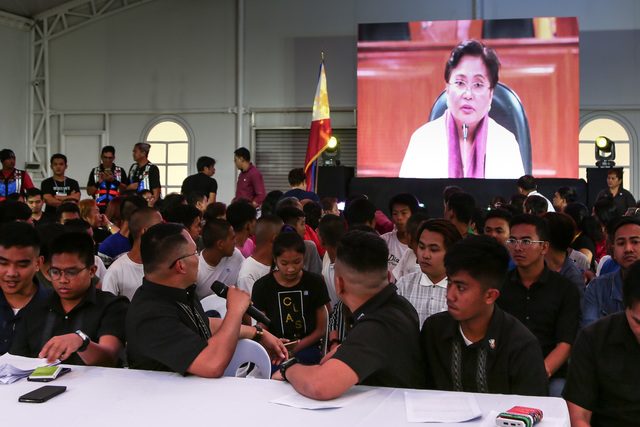 Guanzon holds a master in public administration degree from Harvard University, and degrees in law and economics from the University of the Philippines. She is also a recipient of the UP Alumni Association’s outstanding alumna in gender equality and women empowerment award, and the Outstanding Sillimanian Award from Silliman University.

Guanzon’s term at the Comelec will expire on February 2, 2022. Until then, expect her to continue being vocal.

As she said in reply to Cardema’s proposed impeachment case against her, “Go ahead, make my day! Comelec army, prepare for battle.” – Rappler.com

*Editor’s Note: An earlier version of this story said Guanzon was elected mayor of Cadiz city in 1998. She was elected in 1988. We have made the necessary correction.