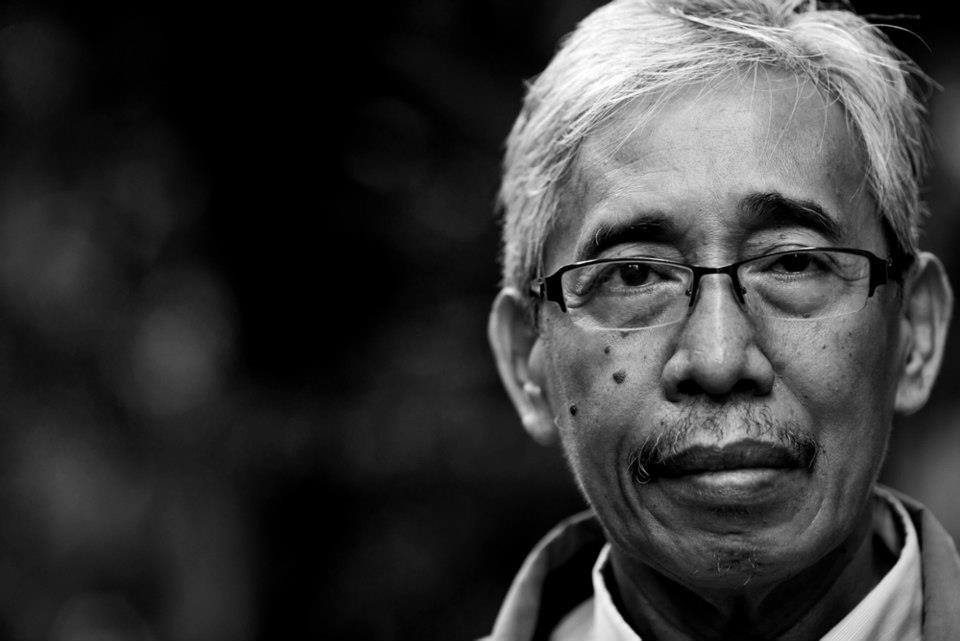 Facebook Twitter Copy URL
Copied
Throughout his life, Echanis had fought against injustice and inequality, espousing the causes of the oppressed and underserved

They are not always angry people – those we see fighting in the front lines with raised fists.

Randall “Ka Randy” Echanis, for one, had a “refreshing wry humor and was funny even without trying,” said Edre Olalia, the legal consultant of the National Democratic Front of the Philippines (NDFP) negotiating panel for the long drawn-out peace talks with the Philippine government.

“I recall he had to hold it long enough in the Utrecht train station because he had no euro coins to pay to use the wash closet (CR),” Olalia wrote in a Facebook post remembering Echanis.

Olalia said Echanis, 72, can be “gullible and childlike…but he is sharp and firm as could be.”

Echanis, peasant leader, agrarian reform advocate, and tagged by government as a member of the Communist Party of the Philippines Central Committee, was found dead inside his rented home in Novaliches, Quezon City after midnight on Monday, August 10.

Echanis left behind his wife, Erlinda Lacaba, and their two children, Amanda and July.

Tears for a fighter

Echanis’ longtime lawyer and colleague, Jobert Pahilga, told Rappler he had been trying not to cry. “Pero di ko mapigil, eh… Sobrang sakit lang sa dibdib.” (But I cannot help it…It pains the heart so much.)

Pahilga had known Echanis since 1997, when he joined the paralegal group, Sentro para sa Tunay na Repormang Agraryo (SENTRA), which handled the agrarian reform cases of the Kilusang Magbubukid ng Pilipinas (KMP). Echanis had long been part of KMP and was its deputy secretary general at the time of his death.

Pahilga eventually became Echanis’ personal lawyer in the cases filed against him by the government.

Echanis, along with Satur Ocampo, Rafael Baylosis, Vicente Ladlad, and spouses Benito and Wilma Tiamzon were among those accused of killing 67 individuals in the alleged purging within the ranks of the New People’s Army more than 20 years ago in Inopacan, Leyte. They were arraigned for murder before a Manila court in 2015.

The mass grave was unearthed in 2006 and more than a hundred skeletons were found. The purging was supposedly ordered by Ocampo, Echanis, et al under the 1985 “Operation Venereal Disease.” The NPA members killed were allegedly suspected of being government spies who worked with the military and police.

In 2006, Echanis was tagged by the Arroyo government as having colluded with then party-list representatives Satur Ocampo, Teddy Casiño and Joey Virador of Bayan Muna, Liza Maza of Gabriela, and Rafael Mariano of Anakpawis – collectively known as the Batasan 5. They were charged with rebellion for allegedly conspiring with other groups and rebel military factions to unseat then-president Gloria Macapagal Arroyo.

More recently, Echanis became part of the long list of alleged communist leaders whom the government wanted to be declared as “terrorists” in 2018. This was part of President Rodrigo Duterte’s Proclamation No. 374 declaring the CPP-NPA a terrorist organization.

Pahilga said that of the cases filed against Echanis, only the mass grave case remains pending with the Manila court, as the Batasan 5 case had long been dismissed by the Supreme Court. Echanis was out on bail when he was killed.

Throughout his life, Echanis had fought against injustice and inequality, espousing the causes of the oppressed and underserved.

From a profile shared with Rappler by Pahilga, we learned that Echanis came from a lower middle-class family. As a student at the Philippine College of Commerce (now the Polytechnic University of the Philippines), he joined the protests against the United States’ aggression in Vietnam during the war.

Soon after, he found himself immersed in student issues. He joined the Kabataang Makabayan (KM) and became the KM University of the East chapter president in 1970. Then came the First Quarter Storm against the Marcos regime, which he also joined.

From the late 1970s until he was arrested in 1983, Echanis worked in the countryside, helping in peasant education, propaganda, and organizing work in Cagayan Valley, Cordillera, and Ilocos.

Echanis was among the political prisoners released following the EDSA People Power Revolution in 1986. He worked tirelessly and continued his advocacy by joining the Samahan ng mga Ex-Detainees Laban sa Detensyon at para sa Amnestiya (SELDA) and was part of the pre-formation of the human rights group Karapatan.

He was arrested again in 1990, physically and mentally tortured for a week before he was transferred to the Camp Crame Custodial Center where his wife and two-year-old daughter then were also detained. Amanda became known as the youngest political prisoner.

In 1992, a court dismissed the case of illegal possession of firearms filed against him, paving the way for his release.

In pursuit of peace

Echanis was a peace consultant who, in 2002, began helping in the peace negotiations between the Philippine government and the National Democratic Front of the Philippines to end the communist insurgency – the longest-running insurgency in Asia.

Deles said Echanis was a member of the technical working group of the Comprehensive Agreement on Human Rights and International Humanitarian Law (CAHRIHL).

“Among those who faced us across the table, I thought isa siya sa puwedeng kausapin…(he was among those we could talk to),” Deles told Rappler.

Deles said that she didn’t sit at the TWG meetings, but “this was just my impression seeing him in the occasional plenary meetings I attended and short exchanges over break.”

She also remembered that the government panel never complained about Echanis and his colleague, Vic Ladlad.

“I always told the AFP (Armed Forces of the Philippines) then, respect the pass of these two because they were really working in/for the peace process,” Deles said.

Negotiations for peace can be the toughest and most draining discussions across the table.

Olalia, for sure, must feel blessed to have witnessed how Echanis and peace negotiating panel chief, Fidel Agcaoili, had “engaged in unceasing juvenile banter and comradely taunts during idle moments or breaks in intense negotiations and serious consultations.”

Less than a month ago, on July 23, Agcaoili passed away in Utrecht due to natural causes.

“We have not even finished wiping off our inconsolable tears with the sudden passing of your ‘brod’ Fidel and now you followed his footsteps too soon. How very you, tol (brother),” Olalia wrote.

As he mourned with his colleagues and friends, Pahilga said people can honor Echanis by “demanding justice for his death and continue the struggle for national freedom and democracy.”

“And for genuine land reform dahil ‘yun ang pinaka-advocacy niya (because that was his foremost advocacy),” Pahilga said. – Rappler.com