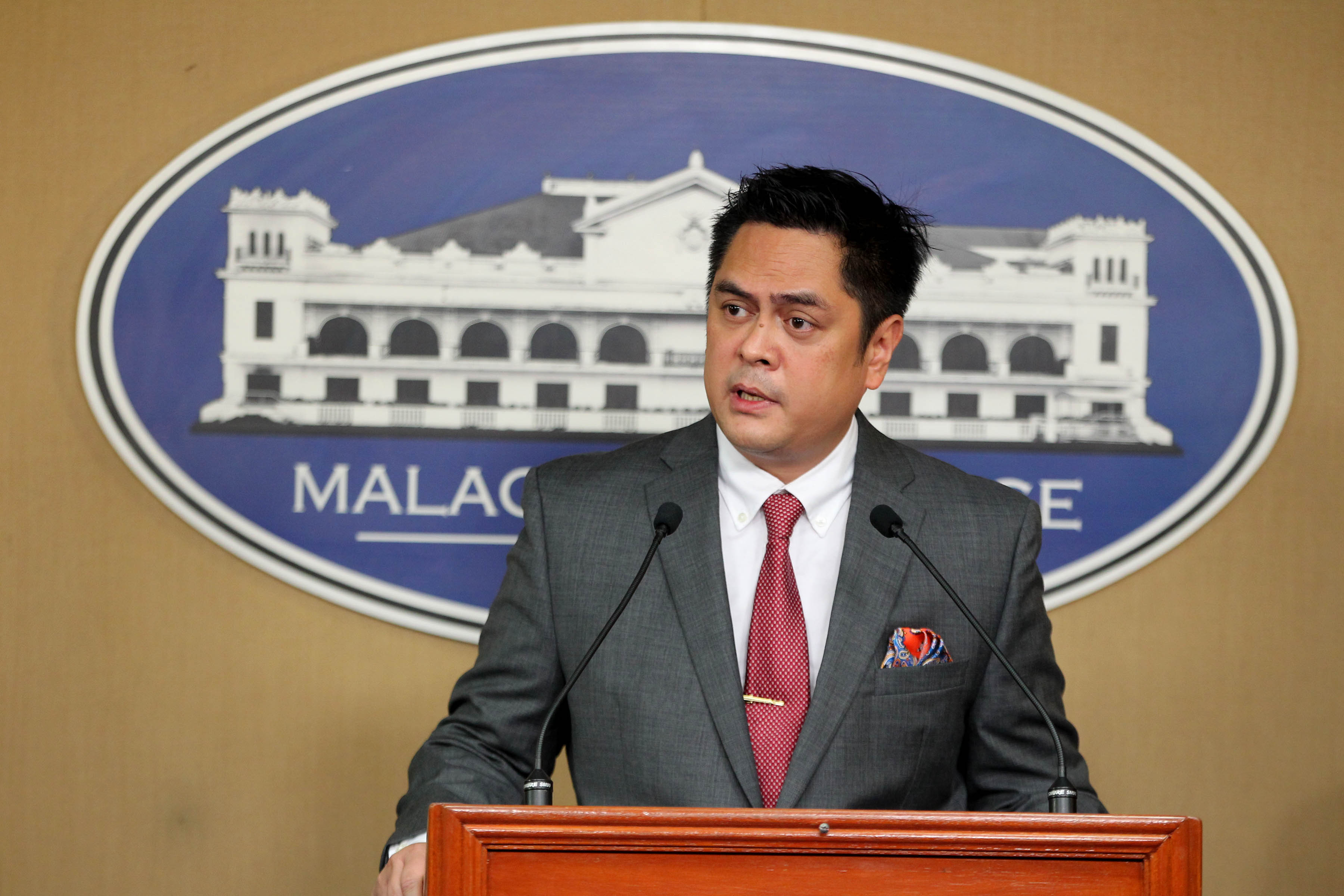 After a string of questions from the media about his recent pronouncements, an obviously piqued Andanar challenged Philippine Daily Inquirer reporter Marlon Ramos to prove he writes news fairly.

“Let me ask you, are you fair to everything that you write?” Andanar asked Ramos during a press conference aired live on television and social media.

It was the most tense part of a heated exchange which began when Ramos pressed Andanar on his basis for claiming there was a $1,000-bribe offered to Senate reporters who covered the press conference of retired Davao policeman Arturo Lascañas on Monday.

Andanar claimed this was part of a “grand scheme” or a destabilization plot against President Rodrigo Duterte leading up to the EDSA anniversary celebration on Saturday, February 25.

(We received a report, Pinky, that as much as $1,000 was distributed during the presscon. I won’t mention the source but that big amount was reportedly distributed.)

To this, Andanar responded: “Let me tell you, Marlon. I am a Bisaya. I grew up in Cagayan de Oro. I also grew up in Surigao. So my Tagalog may not be as perfect as your Tagalog. So let’s put it at that.”

He added that towards the end of the CNN interview, he clarified that he did not caterogically say that the source of the alleged money was Senator Antonio Trillanes IV and that anyone received anything.

Ramos asked, “Sir, pero (but) before you mentioned that during the interview, did you make any validation on the information given to you or pinaniwalaan ninyo na (you believed it right away)?”

Andanar responded tersely: “I was also a reporter like you, Marlon, and the same way that you validate your stories, I also validate mine. Thank you.”

Ramos then asked whether Andanar, as a former reporter, asked his source why the money to be distributed was in US dollars – a detail that any reporter would find unusual. The Palace official said he did not.

Later on, Ramos questioned the official about his basis for another claim: that there was a plot to oust the popular President Rodrigo Duterte – a report that had already been dismissed by Defense Secretary Delfin Lorenzana and National Security Adviser Hermogenes Esperon Jr.

Andanar answered the question tangentially, saying in a mix of English and Filipino there are “intelligence reports” he receives that “don’t get to everyone.”

(No, don’t pit us against each other, Marlon. Don’t say, because again you will write something and you’ll say, this is what Andanar said. Don’t do that.)

Ramos said he had no intention of “trapping” Andanar and that he was only seeking clarification on a statement that the Palace official himself said several minutes before. Ramos said Andanar should understand this line of questioning as he was once a member of the media.

Andanar then asked Ramos whether he was fair in his news reports, to which the journalist quickly responded, “Yes.”

Andanar then asked, “What about your posts in social media?”

The journalist contested this, saying his social media accounts are personal. Andanar shot back that as a reporter, Ramos is supposed to be an “ambassador” of his newspaper.

In the same press conference, Andanar, who has made accusations about media and Duterte critics while refusing to give proof, insisted he is not one to heap blame on anyone. At the time, he was responding to what sets the Duterte administration apart from other administrations.

After saying that he did not want to compare the administration’s achievements with its predecessors’, he added, “Finger-pointing is not the character of a true gentleman.”

Administration critics, he said, were free to speak their mind. “This is a democracy. We respect freedom of expression, opinion  of other people. This administration takes criticism constructively, and we do that every day.”

Since then, Andanar has also paved the way for pro-Duterte bloggers to cover Palace events and grant them accreditation.

Some of these bloggers are the very ones who first brought up the supposed ouster plot against Duterte being planned, allegedly, by his critics.

Andanar had even interviewed two of the bloggers to expound on the supposed plot.

It was after this interview that he proposed tackling the issue in a Cabinet meeting, a suggestion that was not entertained by other Cabinet officials.

A “social media policy” his office is crafting seeks to allow bloggers “to be recognized as legitimate sources of information.” – Rappler.com