Lapid Fire: Percy Lapid’s frequent targets, and why he turned away from Marcos 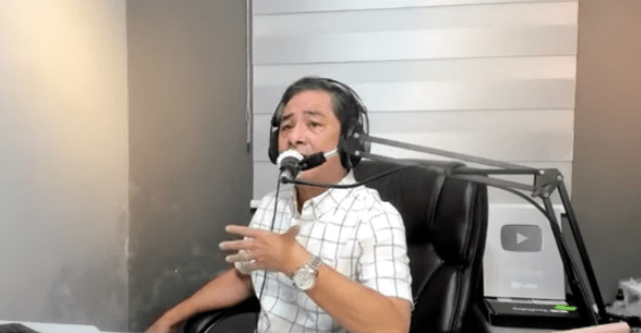 Facebook Twitter Copy URL
Copied
Percival Mabasa, in his earlier videos, had praised Marcos but shortly turned away from them, explaining in a video that we had been made to believe that life was good in the Marcos era

His biggest target had been former President Rodrigo Duterte. A scan of Lapid Fire’s YouTube archive of 7,772 videos shows you the 63-year-old’s distaste for Duterte, whom he often referred to as “Digongniyo” (a portmanteau of Digong, Duterte’s nickname, and demonyo or devil) to mock Duterte supporters whom, in turn, he referred to as “Dutertanings,” a portmanteau of Duterte and taning, a colloquialism for Satan.

Former presidents Gloria Macapagal Arroyo (“GLORIA ‘MAKAPAL’ ARROYO, ISA SA KAHINDIK-HINDIK NA BAGONG APPOINTEES NI P-DUTERTE!” or Gloria Arroyo, one of the worst appointees of Duterte) and Joseph Estrada (“ERAP, Puro ‘KAHAYUPAN’ ang Ginawa sa MAYNILA!” or Erap only did reprehensible things to Manila) have also been under “Lapid fire,” but it is the latter along with his son Jinggoy (“JINGGOY ‘PLUNDER’ ESTRADA, Pinagpiyansa ng Sandigan-BAYAD!” or Jinggoy Estrada posts bail from Sandiganbayan) that appear to be a bigger favorite of Mabasa. Duterte aside, it would appear that Erap’s name is among the most mentioned in his video titles.

Hontiveros is the only opposition senator to win a seat in the 2022 elections.

Support for Leni Robredo, and former allegiance towards Marcos

Former presidential aspirants Ping Lacson, Isko Moreno, and Manny Pacquiao became targets, too, as the host publicly supported Leni Robredo in the most recent presidential race. Mabasa rebroadcast some of Robredo’s official videos including her announcement to run and other statements to supporters. During the election period, Mabasa also placed vertical pink bars on the left and right sides of his videos in support of Robredo’s pink campaign, wore pink from time to time, and publicly proclaimed his support in the show. While Mabasa remained a Robredo supporter in her VP years and during the elections, the host had described himself as, in his own words, a former “Dutertaning.” “Dutertaning din ako noon, hindi ko alam eh. Akala natin eh totoo mga pinagsasabi nito eh. ‘Yun pala eh, nuknukan pala ito ng bulaan, sa gobyerno na walang palabra de honor,” he explains in a video titled “BAKIT HINDI Na TAYO ‘DUTERTANING’ NGAYON?” (I was a Dutertaning, I don’t know why. I thought he was truthful. But as it happened, he’s a liar, and his government has no word of honor.)

Likewise, in Mabasa’s earlier videos (the first upload was made on May 10, 2019 but also re-uploaded excerpts from 2018), he had expressed clear support for the late dictator Ferdinand Marcos and his clan, with sentiments that would have gotten him branded an apologist back then. Later, he would denounce the Marcoses.

In the video where he praised Marcos as the best president, he said that Ninoy Aquino’s assassination had been just a way to make the people angry at Marcos, and that Aquino was a double agent, the NPA’s founder, and a member of the CIA.  In other videos, he disparaged those who had claimed Marcos’ war medals to be fake, and those who protested the dictatorial patriarch’s burial at Libingan ng mga Bayani.

Later on, starting in October 2019, he would take on a more neutral tack, with videos calling for people to move on from the Marcos vs. Aquino arguments, paving the way for his clear opposition against the Marcoses.

As the 2022 presidential election began, he would publish videos opposing Marcos such as “MGA MARCOS, GUSTONG PALITAWING WALA SILANG NAGING KASALANAN SA TAUMBAYAN!”; “PAANO ‘NINAKAWAN’ NG MGA MARCOS ANG MGA PILIPINO?”; and “ANO ANG ‘TOTOONG’ MOTIBO NI MARCOS SA PAGDEDEKLARA NG MARTIAL LAW?” (The Marcoses want to make it appear that they have no sins against the citizens; How Marcos stole from the Filipinos; and What was Marcos’ true motives in declaring martial law.)

His take on Ninoy Aquino had also changed, praising him for his sincerity, and calling him the measure of a true leader.

(Life was supposedly good under Marcos. I said that too. But now I realize, looking back at the time of Marcos – which, it’s a good thing that information is available on the internet as to what Marcos did – one reason why we thought it was good was that we thought that a meager living was enough.)

Mabasa recounted how tough it was to get a job during that time, and even if you had a job, it was often that you didn’t earn enough.

Mabasa’s latest videos before his death criticized resigned press secretary Trixie Angeles, and called for punishment for online trolls. But he also couldn’t resist taking a dig at Duterte again with a recent video about how President Marcos Jr. is not a credit-grabber, unlike the previous administration. – Rappler.com