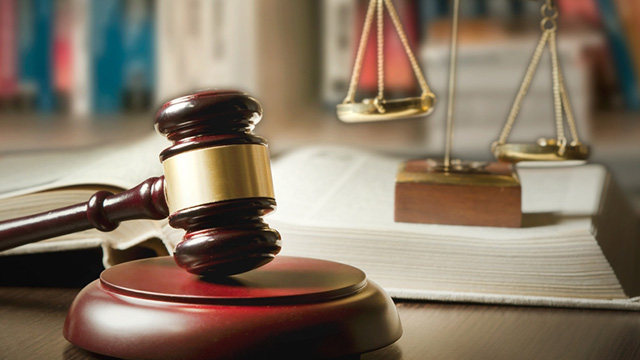 You always read in the news names of government officials and prominent personalities facing a complaint, or being charged in court. What are the differences in these criminal proceedings?

Here is a guide to the court jargon we often hear in the news.

When you want to bring someone to the judicial process, you start by filing a criminal complaint. A complaint can be filed by any citizen, or a law enforcement officer such as the police, or if the complaint is against state agents, the Commission on Human Rights (CHR).

Citizens who have a reliable lawyer can prepare their own complaint and file it straight before government prosecutors. Others go to the police, which will conduct an initial investigation and prepare the complaint on behalf of the citizen.

Others go to the National Bureau of Investigation (NBI), which will do the same thing. The police, the NBI, or the CHR will then file the complaint before government prosecutors.

If the complaint is an offense covered by anti-graft court Sandiganbayan – “criminal and civil cases involving graft and corrupt practices and such other offenses committed by public officers and employees, including those in government-owned or controlled corporations, in relation to their office” – then it is filed before prosecutors of the Office of the Ombudsman.

Inquest is a proceeding done by prosecutors when the person was arrested without a warrant. A warrantless arrest is allowed under conditions set by the rules of criminal procedure – when the person commits the crime in the presence of the officer, or when there is probable cause to believe a crime has just been committed, or if it is a prisoner escaping from jail, or if the offense is a continuing offense like rebellion.

Warrantless arrests you usually see in the news are the result of raids, as in the case of Ozamiz City Vice Mayor Nova Princess Parojinog and brother Reynaldo Parojinog Jr. The inquest proceedings by DOJ prosecutors were done to determine if the arrest was valid. (DOJ prosecutors ruled it was.)

Inquest proceedings are also used to determine if there is probable cause to indict the person.

After inquest or preliminary investigation by prosecutors, they will issue a resolution which contains the findings. Prosecutors will either dismiss the complaint or find probable cause to file charges against the person. If there is probable cause, then that person is indicted.

When a person is indicted, it does not mean that he or she is charged. Only when the prosecutors file the information before a court is a person considered charged or in Filipino, kinasuhan.

An indictment can still be appealed by the accused, or by the complainant.

With Aquino for example, he has appealed his indictment for graft over the Mamasapano operation in 2015. The complainants also appealed the indictment, wanting Aquino to be indicted for homicide and not for graft. 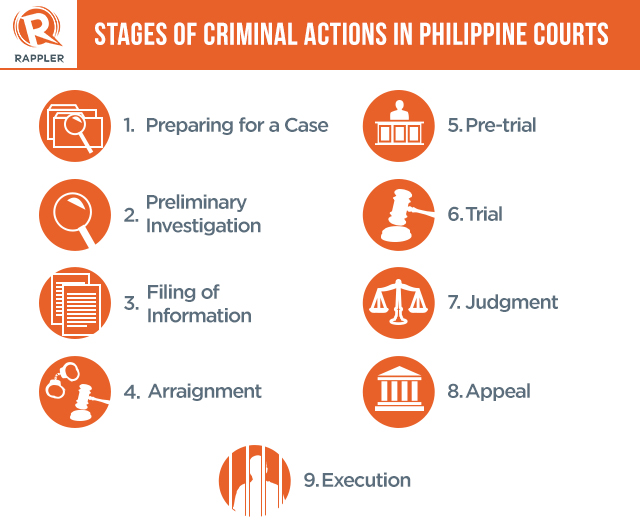 A person is considered charged when the prosecutors finally file the information before a court. There are instances when prosecutors withdraw information they have already filed in court.

For example, Superintendent Marvin Marcos and the other policemen were already charged with murder over the killing of Albuera, Leyte Mayor Rolando Espinosa Sr. In fact, Baybay City Leyte Regional Trial Court (RTC) Branch 14 already issued warrants of arrest against them last March.

But in April, Marcos et al filed a petition for review which became the basis why a separate DOJ panel – headed by an undersecretary and not a prosecutor – downgraded the indictment from murder to homicide. In Undersecretary Reynante Orceo’s resolution, provincial prosecutors were ordered to withdraw the murder charges from the Baybay City RTC and amend the information to homicide.

Senator Panfilo Lacson questioned Orceo’s authority to handle the petition for review, instead of the usual process of prosecutors handling such petitions.

As soon as the information is filed, the accused can begin filing motions and pleadings. At this point, trial court judges or justices will determine whether there is probable cause to issue a warrant of arrest.

This issue is being contested in the case of detained Senator Leila de Lima. De Lima’s camp belives Muntinlupa RTC Branch 204 Judge Juanita Guerrero committed grave abuse of discretion by ordering her arrest, saying that Guerrero did not give due process to her motion questioning the trial court’s jurisdiction. De Lima elevated the case to the Supreme Court (SC).

Sometimes, the court will decide there is no probable cause to issue a warrant of arrest and dismiss the case that early. This is what happened to the plunder case against former Department of Agriculture (DA) undersecretary Jocelyn “Joc-joc” Bolante over the fertilizer fund scam. The Sandiganbayan acquitted Bolante even before issuing a warrant of arrest. The Office of the Ombudsman is also appealing this before the SC.

Binay wanted to travel with his family to Israel but he was not arraigned at the time. For the court to attain jurisdiction over him and be able to issue a travel grant, they had to arraign him. Binay fought hard to amend his conditional arraignment because his lawyers did not want to lose legal options.

The Sandiganbayan ruled, however, that the conditions of his arraignment still allow Binay to file a motion to quash. He was eventually arraigned for graft, his first ever for a corruption case.

After subjecting the case to pre-trial proceedings, where the accused can attempt to have the charges dismissed through different motions, the court will decide to move to trial.

Generally, when the case is already on trial, the next chance that the accused can move to dismiss it is to file a demurrer of evidence after the prosecution rests its case or after they are done presenting their evidence. Presentation may take a while so some accused try to prevent or delay their case from reaching trial.

For example, the plunder case against former senator Juan Ponce Enrile is still in the pre-trial level because the court still needs to resolve pleadings filed by the Enrile camp. In its latest resolution in April, however, the court junked Enrile’s motion to dismiss the charges.

The judicial process indeed takes a long time. Accused individuals have the constitutional right to a speedy disposition of cases, and they avail of this option especially in corruption cases.

That is why some graft cases are dismissed due to what is now known as “inordinate delay.” The Office of the Ombudsman is usually the subject of this appeal, with defendants saying prosecutors took too long investigating. The Ombudsman has challenged this doctrine before the SC. – Rappler.com