LEGACY REMEMBERED. President Benigno S. Aquino III sings the Philippine national anthem at the start of the program during the presentation ceremonies of the 2014 Ramon Magsaysay Awards on August 31, 2014.

Building on his catchphrase, “Kung walang corrupt, walang mahirap” (If there is no corruption, there is no poverty), Aquino’s 16-point agenda aimed at creating social and structural change by addressing issues related to corruption, economic development, poverty, and education, to name a few.

Below are five main promises of Aquino, and the policies, actions, and decisions he took as president that shaped his administration.

Promise: Aquino’s first executive order as the country’s 15th president promised to “end corruption and the evil it breeds.”

Delivery: Aquino did run after several corrupt politicians during his term. By 2016, the Philippines was ranked 101st in the Corruptions Perception Index, a decline from 146th in 2010 when he was elected into office.

In December 2011, Aquino sought the impeachment of former chief justice Renato Corona, saying that Corona was an obstacle to his anti-corruption crusade. Corona was found guilty of betraying public trust and violating the Constitution for failing to declare his true assets in May 2012. (READ: Decrowned: The fall of Renato Corona)

However, Aquino’s term did not end without corruption issues.

It was during Aquino’s term when the pork barrel scam unraveled. Although several of the known actors were prosecuted – including principal suspect Janet Lim Napoles and then-senators Ramon “Bong” Revilla Jr., Juan Ponce Enrile, and Jinggoy Estrada – Aquino was criticized for having his allies involved in the issue untouched. (READ: Admin solons linked to pork barrel scam)

Aquino’s Development Acceleration Program, which some called “president’s pork barrel,” was declared unconstitutional by the Supreme Court in 2013. (READ: TIMELINE: The rise and fall of DAP)

Promise: In 2010, Aquino identified public-private partnerships (PPP) as the main driver of infrastructure development in the country.

(This will be the solution: PPP. Even if there are still no projects signed, I can already say that all the negotiations will bear fruits.)

Delivery: The PPP program was criticized for slow implementation. The PPP Center’s annual reports show that there were only three projects completed before his term ended in June 2016.

These were the Muntinlupa-Cavite Expressway, the construction of 9,296 classrooms under Phase 1 of the School Infrastructure Project, and the automatic fare collection system – popularly known as the Beep card. (READ: FALSE: No infrastructure built under Noynoy Aquino)

However, Aquino had also approved at least 50 infrastructure projects and services “to be completed during the next administration” before he stepped down. 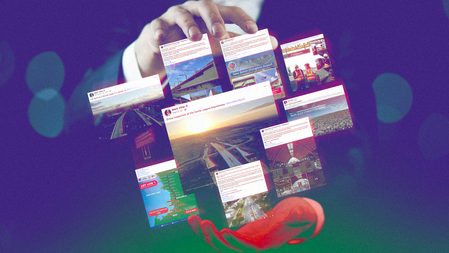 Promise: Part of Aquino’s social contract was improving the economy and promoting inclusive growth. In his inaugural address, Aquino promised to make the Philippines “attractive to investors.”

Delivery: The gross domestic product (GDP) of the Philippines grew at an average of above 6% annual growth rate under Aquino, with the country pivoting from being the “sick man of Asia” to “Asia’s next Tiger economy.”

He was successful in making the Philippines look attractive to investors. The country achieved investment grade status in 2013. This means that the Aquino administration managed to lower the global risk perception of the Philippines. Throughout Aquino’s term, the country received at least 22 positive rating actions from major international credit rating agencies.

National Economic and Development Authority Secretary Karl Chua, who was then a senior economist at the World Bank, said in 2016 that the Aquino administration had effectively lowered the interest rates to 4% from about 12% a decade before.

One major criticism, however, was that the economic gains of the Philippines under Aquino were not “felt” by ordinary citizens.

In his inaugural speech, he said, “To our impoverished countrymen, starting today, your government will be your champion.”

Delivery: Aquino is lauded for expanding the Pantawid Pamilyang Pilipino Program or 4Ps – a conditional cash subsidy program for indigent Filipinos. Although 4Ps originally started in 2007, during the administration of president Gloria Macapagal-Arroyo, Aquino advocated increasing the program’s budget under the social welfare department during his term.

The 4Ps provides cash grants to the Philippines’ poorest citizens. By August 2015, it was reported that a family-beneficiary with three children could receive P1,400 a month or up to P15,000 a year.

In an interview with DZBB on Thursday, former Department of Social Welfare and Development Secretary Corazon Soliman said the 4Ps was Aquino’s greatest legacy.

Soliman said that, under Aquino, 4Ps also reached out to the homeless and indigenous peoples. She said that the program’s coverage expanded to 4.4 million family-beneficiaries by 2016, from about 800,000 in 2010.

Promise: In his inaugural address, Aquino promised Filipinos “quality education, including vocational education, so that those who choose not to attend college or those who cannot afford it can find dignified livelihood.”

His campaign included a 10-point agenda to fix the country’s education system.

Delivery: The K to 12 program, which added two more years to the country’s basic education cycle, was enacted in 2013. It was followed by a rise in the education budget, the crafting of a new curriculum, the training of teachers, and the construction of classrooms.

However, some of the program’s early problems were an increase in dropout rates and displacement of professors and instructors. – Rappler.com