[PODCAST] Law of Duterte Land: A State of terror 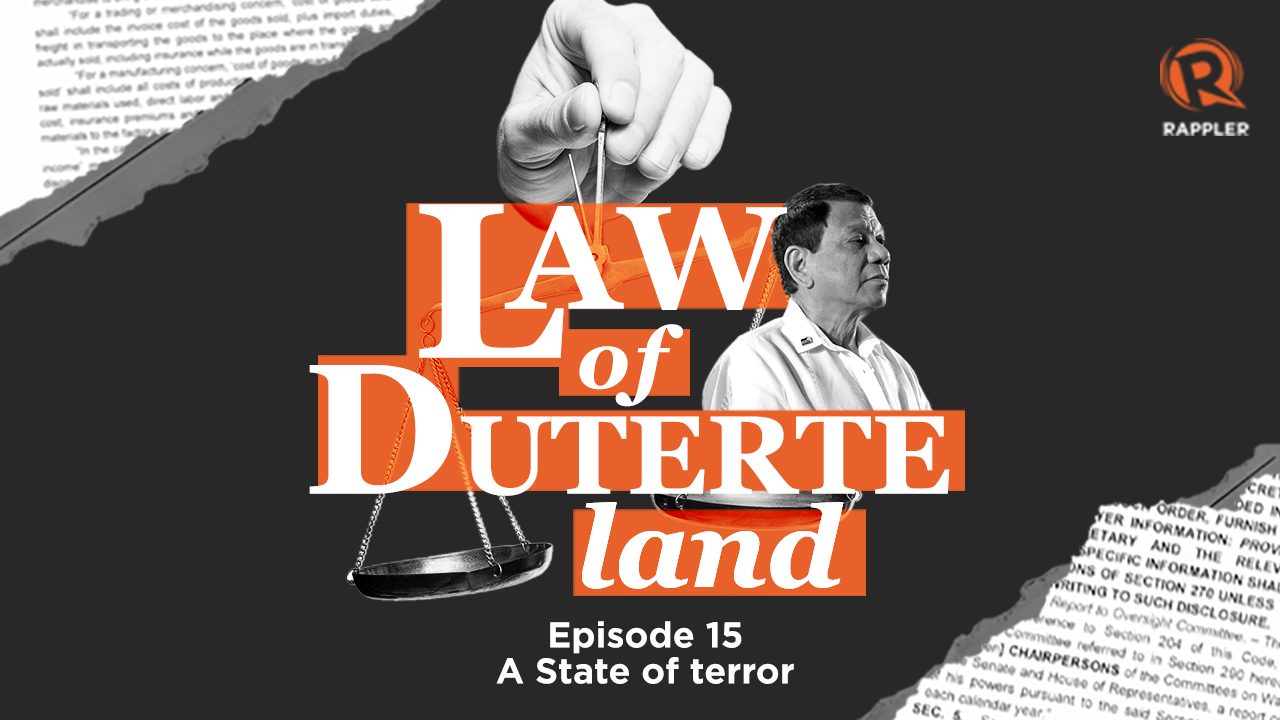 The Duterte government claims it is not behind the harassment of activists, more so their murders.

The government, however, has the duty to prevent these killings and protect its citizens. Has it upheld, neglected, or avoided that duty?

“My position is that it has encouraged these killings,” said Baguio-based lawyer Jose Molintas, a known figure in the Cordilleras for his work on human rights and Indigenous Peoples’ Rights lawyering.

Molintas was among the more than 600 people that the Department of Justice (DOJ) under Duterte had wanted to declare as terrorists. After its list was exposed to be unverified, DOJ itself trimmed down that list. Now, the list is down to two.

Nevertheless, 3 people on the initial list have been killed – Randy Malayao, Randall Echanis, and Zara Alvarez.

When red-tagged, he resorts to court processes, believing that somehow, the justice system still works.

It’s the DOJ that he has doubts with.

How does he – or any other person for that matter – live in a state of terror? Listen to this episode.