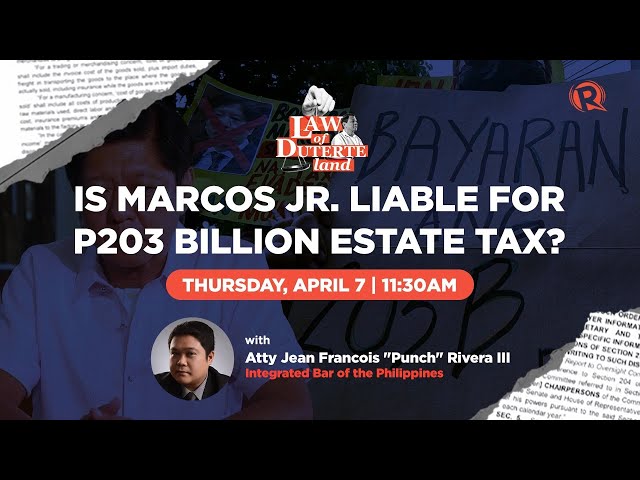 His spokesperson, Vic Rodriguez, would like everyone to believe he isn’t, as he quoted from the original 1997 Supreme Court ruling that the delinquent tax payer of an estate is not “necessarily and exclusively Marcos Jr. as heir of the deceased.” But that quote referred to the service of court notices.

Tax lawyers say the executor or the administrator shall pay the estate tax. Marcos Jr. and his mother Imelda are the court-approved executors.

Marcos’ spokesman continues to insist that the case is pending, even though Supreme Court records show that the 1997 ruling is final and unappealable, and became executory in 1999. Rodriguez said it’s because there are still pending ill-gotten wealth cases, even though the Supreme Court in 1997 already said they have no bearing on the assessment.

Both the BIR and the Department of Finance confirmed trying to collect from the Marcoses to no avail.

How come a powerful family is able to go on without paying this much tax?