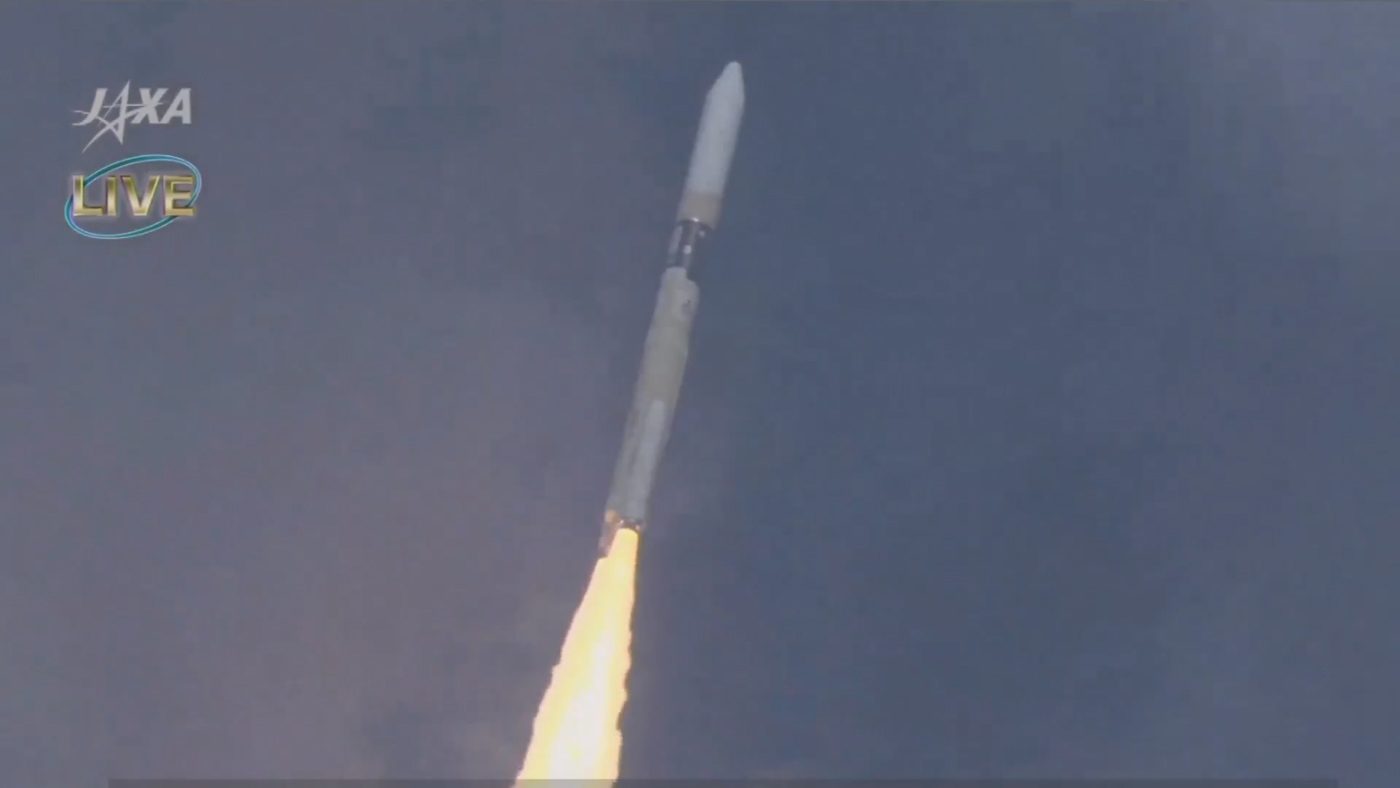 MANILA, Philippines – The second Philippine-made microsatellite, Diwata-2, was launched into space from the Tanegashima Space Center in Japan on Monday, October 29.

Unlike Diwata-1, Diwata-2 was launched directly into orbit at 12:51 pm (PST) through the Japan Aerospace Exploration Agency’s H-IIA F40 rocket.

The microsatellite is almost identical to Diwata-1, measuring 50 cm3 and weighing about 50 kg (or about the weight of one sack of rice). Yet, Diwata-2 will operate at a higher altitude (~620 km) for an increased lifespan.

It will also follow a sun-synchronous orbit, which means that it follows a nearly polar orbit around the Earth, in which the satellite will pass over any given point of the Earth’s surface at the same local mean solar time. This orbit allows a regular revisit of the microsatellite.

What Diwata-2 can do: Like its predecessor, Diwata 2 is an Earth-observing microsatellite capable of capturing images of the Earth for environmental assessment. Diwata-2 will help monitor the extent of damages from disasters. Diwata-2 also seeks to monitor natural and cultural heritage sites as well as changes in vegetation. Diwata-2 will also help in weather forecasting as it will observe cloud patterns and weather disturbances.

Diwata-2 contains deployable solar array panels, which enable the microsatellite to generate more power from the sun, and amateur radio antennas to extend the communication coverage during disasters.

It also features other scientific instruments including a High Precision Telescope and a Spaceborne Multispectral Imager with Liquid Crystal Tunable Filter. It also contains three different types of camera system for taking various types of images, namely: a wide field camera, a middle field camera, and an enhanced resolution camera.

Who made this satellite? Diwata-2 is among the array of microsatellites and nanosatellites that the Philippine Microsatellite Program, composed a team of Filipino scientists and engineers, has produced over the years. It was planned and designed right after Diwata-1 was launched into space in 2016.

In a statement read to the public, Senator Benigno Aquino IV said: “This is just the initial step toward the national space development program. The launch of Diwata-2 etches another milestone toward developing a national space program.”

Department of Science and Technology Undersecretary Rowena Guevarra mentioned during the public viewing held at the University of the Philippines Diliman that the Philippine Microsatellite Program has produced 50 scientists and engineers, and the agency is looking forward to encourage more through this program.

“We’re not just building satellites. The real product of this project is the people,” said Marc Caesar Talampas, one of the project leaders of the Philippine Microsatellite Program.

After the PHL-Microsat, a new program, named the Sustained Support for Local Space Technology and Applications Mastery, Innovation and Advancement (STAMINA4Space) Program, will be launched. This new program “aims to build a local industrial base and enhance local space science and engineering expertise, which will ultimately prepare the country in the establishment of the Philippine Space Agency.”

“Diwata-2 is not just another Philippine microsatellite. It is a step toward a sustainable national space program,” said University of the Philippines Vice Chancellor for Research and Development Fidel Nemenzo. – Rappler.com