Nov 16, 2016 6:51 PM PHT
Naveen Ganglani
Facebook Twitter Copy URL
Copied
(UPDATED) The Ateneo Blue Eagles will have a twice-to-beat advantage when they meet the FEU Tamaraws in the Final Four 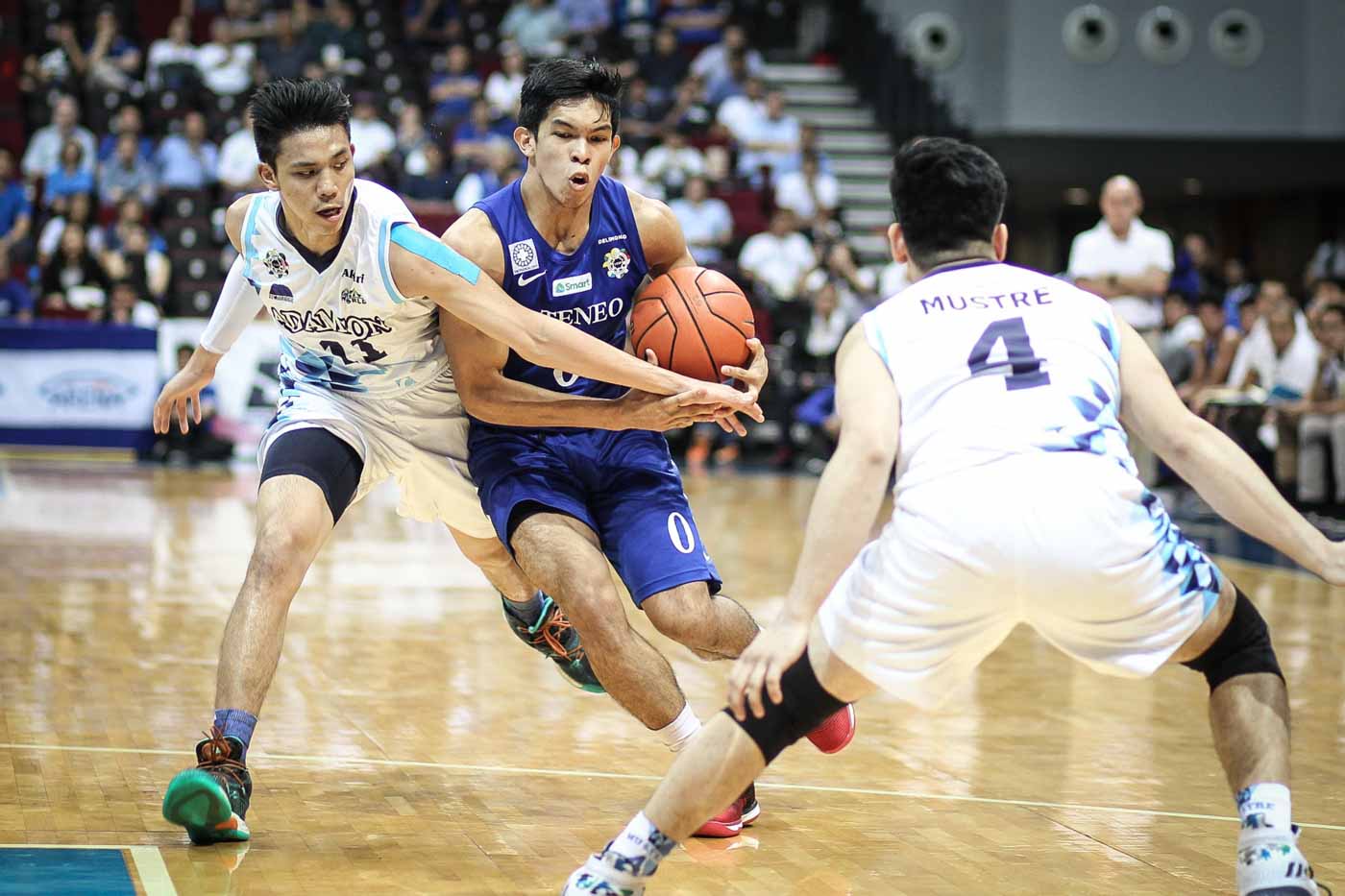 MANILA, Philippines (UPDATED) – The Ateneo Blue Eagles rallied from a slow start and closed out the Adamson Soaring Falcons in the final minutes of the game to end the UAAP Season 79 elimination round with a 73-67 victory on Wednesday, November 16, at the Mall of Asia Arena.

The victory gave Ateneo a 10-4 record this season, good for the second seed in the standings. The Blue Eagles will take on the 9-5 FEU Tamaraws in the Final Four round, where they will have a twice-to-beat advantage.

Adamson, which dropped to 8-6, will face the top-seeded 13-1 DLSU Green Archers in the next round.

Thirdy Ravena led Ateneo with 14 points, 13 rebounds, and 5 assists – 4 alone in the fourth quarter, including two to Isaac Go which helped seal the victory.

The Falcons were led by the 17 points and 23 boards of big man Papi Sarr. JD Tungcab had his best game of Season 79, registering 16 points on 6-of-11 shooting. – Rappler.com